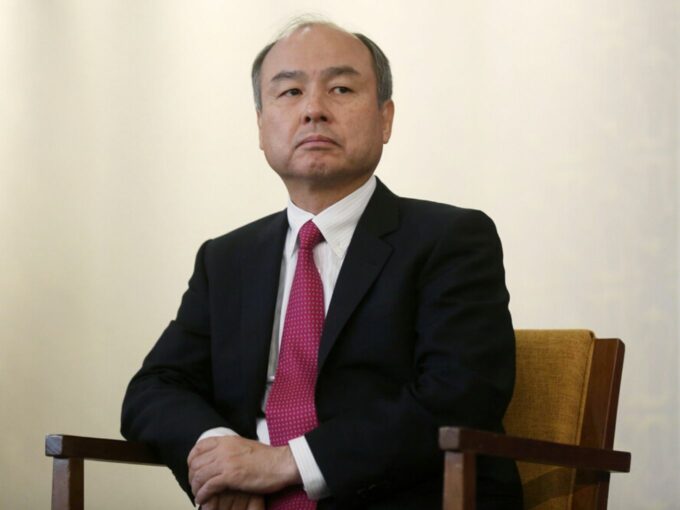 Masayoshi Son, CEO and founder of Japanese conglomerate SoftBank, on May 18, announced that its vision fund has registered losses with $17.7 Bn, higher than the estimated $16.7 Bn. Meanwhile, SoftBank has posted an operating loss of $12.7 Bn and net income loss of $894 Mn in the fiscal year 2020, ending March.

This would be Softbank’s first loss in the last 15 years. The conglomerate had reported a profit of $19.6 Bn last year. The SoftBank Vision Fund losses were attributed to the poor stock performance of ride-hailing giant Uber which contributed $5.2 Bn to its losses and WeWork’s troubled offices with $4.6 Bn contributions.

The rest of the Vision Fund’s portfolio, which includes 88 startups in total, have contributed $7.5 Bn to the overall losses, Son had elaborated. He, during the earning presentation, also admitted that of the 88 Vision Fund portfolio companies, 47 were losing money at the end of March, and the portfolio was worth about 1% less than the sum of money it had invested. He noted that some of his companies may go bankrupt due to the Covid-19 pandemic.

SoftBank’s star performers Ola, OYO and Paytm were trying to meet the conglomerate’s deadline to show profitability before the Covid-19 pandemic and global lockdown. However, the pandemic has hit the three payers. First, OYO admitted that its occupancy rate and revenue have dropped by more than 60% and the company’s balance sheet has come under severe stress.

On the other hand, cab-hailing services in India have been suspended since March 25, the first day of the nationwide lockdown. However, in the third phase of the lockdown, the Indian government decided to resume the cab-hailing services in Orange and Green zones, marked in terms of the severity of the cases, giving some relief to Ola and its competitor Uber, which is a part of SoftBank’s portfolio too.

Out of all other SoftBank portfolio companies in India, Ola has been the most active in preparing for its initial public offering (IPO). The company had also set up an ARK Ola Pre IPO Fund to support Ola’s IPO plans. However, at the same time, the company has not been following the same lead in maintaining profitability. According to February 2017 valuation report, Ola was projected to report a profit of about INR 1,170 Cr in FY19, with a free cash flow of INR 698 Cr.

But that has not been the case. As per the company filings with the Ministry of Corporate Affairs, Ola’s parent ANI Technologies posted a loss of INR 2592.93 Cr on a consolidated level, representing only an 8% hike from the loss of INR 2842.26 Cr in FY18.

Paytm, with its massive portfolio, has been catering to both positive and negative impacts. It’s profitable arm Paytm Payments Bank, which is also the only profitable payments bank in India currently, has been crossing one milestone after another. First, it crossed over 1K Cr in deposits, and then it added INR 600 Cr in fixed deposit. Meanwhile, Paytm First Games has also registered a two-fold increase in the number of new users coming on board, as per Hindu BusinessLine.

However, its main business of digital payments would have been fit hard due to the fall of digital payments and unified payments interface (UPI) in India amid the lockdown. In April 2020, the UPI transactions fell below the billion mark with 990 Mn transactions worth INR 1.51 Lakh Cr. This was the lowest number of transactions UPI had recorded since October 2019. Whereas, payment gateway Razorpay’s digital transaction report for April noted that transactions through UPI, cards and net banking declined by 37%, 30%, and 28% respectively.

SoftBank Wary Of The Valley Of The Coronavirus

SoftBank CEO also warned that a number of its unicorns had fallen into a “valley of the coronavirus”, while another 15 may “fly over the valley”. Son is, in particular, hopeful about SoftBank’s investment in the medical and healthcare sector that would “lead the rebound”.

He has also clarified that SoftBank would not be providing financial support to rescue the risky companies, and was hopeful that the fund will achieve its target of 20% internal rate of return.

Last month, SoftBank had also announced that it would sell assets worth $41 Bn to increase its cash reserves and buy back $23 Bn of its own shares to shore up its falling stock price. Meanwhile, in a separate statement, issued on May 18, SoftBank said it would spend $4.7 Bn toward that goal by the end of March 2021, doubling the amount it had already pledged in March.