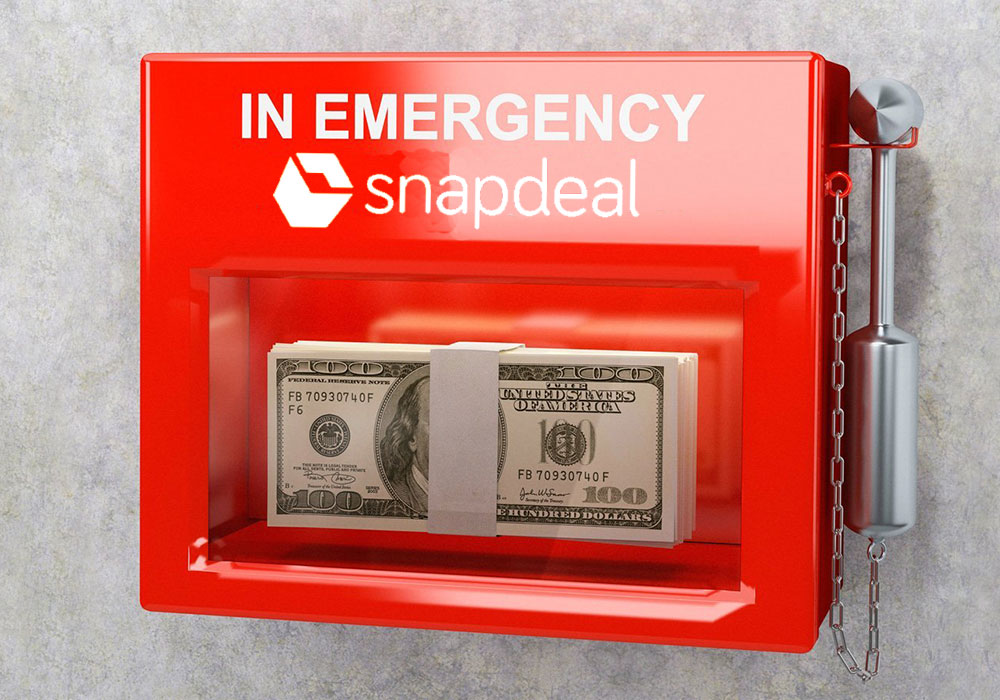 Snapdeal founders and Nexus Venture Partners have reportedly infused $17.5 Mn (INR 113 Cr) into the company in an emergency funding round. The news comes in at a time when Softbank is busy pushing the Flipkart-Snapdeal merger.

According to the LiveMint report, Snapdeal was left with a cash reserve to keep the firm going for the next four months. With the fresh funding round, the company can breathe for some more time.

An email sent to both Snapdeal and Nexus Venture Partners did not elicit any response at the time of publication.

In May 2017, the two companies also signed a Letter of Intent (LoI) for the merger, further solidifying the certainty of the impending deal.

Also, Premji Invest, the investment arm of Azim Premji, has raised concerns to the Snapdeal board touching upon the interests of minority shareholders, post the deal with Flipkart. A nod from Ratan Tata, another minority stakeholder is also awaited.

At present, there is rampant speculation, as industry pundits have been busy calculating the possible deal valuation and its impact on the overall Indian ecommerce ecosystem.

While on one side, the deal seems to have hit a roadblock due to lack of investor consensus, on the other side, frequent media bytes sharing fears of both sellers and employees are on the rise. At the end of April 2017, it seemed that deal would go through in a matter of days, which does not seem to be the case now. With waning investor confidence and this fresh fusion of funds, Snapdeal’s dying star lives on.

Is the infusion of fresh funds by Nexus Venture Partners and the Snapdeal founders an attempt to safeguard the firm from impending the possible consolidation or is it just an attempt to keep going until all the seller and employees issues get sorted? The questions are many and answers are awaited.