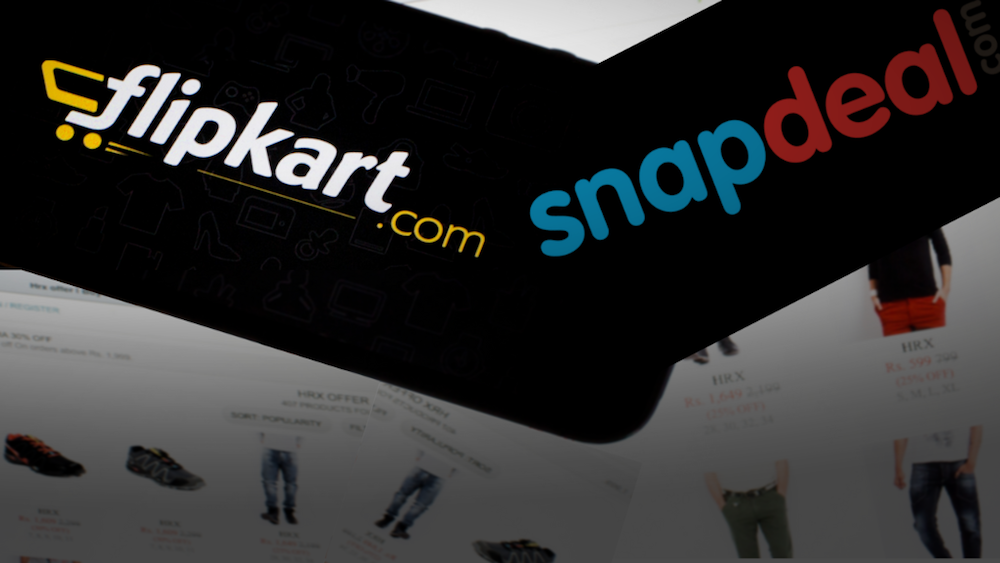 The Snapdeal Flipkart merger, after six months of hard negotiations, is in danger of falling apart. While the Snapdeal founders seem reluctant, the company board is looking for ‘opinions’ from minority shareholders.

Reportedly, the meeting between representatives of both the companies, due to take place on Monday (today) and Tuesday, has been called off. As per media reports, Snapdeal’s representative firms, J Sagar Associates, and Credit Suisse were supposed to meet their Flipkart counterparts, Khaitan & Co and Goldman Sachs, to close the merger deal in the ensuing meeting.

As stated by sources close to the development, “The two co-founders have said they will vote in favour of Snapdeal going forward as a smaller, but an independent entity, terming it ‘Snapdeal 2.0’.”

The recent sale of digital payment subsidiary Freecharge to Axis Bank for $60 Mn, has fetched enough cash for Snapdeal to survive for the foreseeable future Plus, the Snapdeal founders are also looking forward to the sale of their logistics subsidiary Vulcan Express for $15.6 Mn-$31.2 Mn (INR 100 Cr- INR 200 Cr). Thus, the Snapdeal founders have got enough grounds to renegotiate their terms for the merger with Flipkart.

Earlier, Ahmedabad-based Infibeam was also said to be a frontrunner for a Snapdeal buyout for a deal amount of $700 Mn. While the offer was much less than what Flipkart had proposed, founders Kunal Bahl and Rohit Bansal were pushing for the deal in order to regain control over their company. Infibeam was said to be providing them with an opportunity to continue operating as an independent entity. However, in the case of a merger with Flipkart, it is believed that neither Bahl nor Bansal will be offered a place in the merged entity.

Furthermore, another report revealed that the Snapdeal board is looking for an ‘opinion’ from shareholders on the latest Flipkart buyout offer of $900 Mn -$950 Mn. A proposal regarding the same is likely to be sent this week. Although the proposal will be shared with all the shareholders, the Snapdeal board majorly “seeks an opinion from the likes of Ratan Tata and Azim Premji’s PremjiInvest,” according to a LiveMint source.

Japanese conglomerate Softbank has left no stone unturned in driving the Snapdeal Flipkart merger deal. From persuading Snapdeal founders to the majority shareholders, Softbank has tried to do it all.

After buying out Kalaari Capital’s share in Snapdeal in May 2017, SoftBank’s stake increased to 47.5% from the earlier 33%. At present, Nexus Ventures owns around 10% of the ecommerce company, while founders Kunal Bahl and Rohit Bansal have about 6.5% each to their name.  Nexus Ventures agreed to the merger after a Snapdeal boardroom spat in April 2017.

However, despite gaining confidence from all shareholders and founders, the Snapdeal Flipkart deal is still stuck due to lack of consensus from minority shareholders.

Minority shareholders such as – PremjiInvest, Ratan Tata, Foxconn, Alibaba Group, Ontario Teachers’ Pension Plan, eBay, Temasek and Hong Kong-based hedge funds, among others – presently own about 40% of the online marketplace. However, they do not have Board representation.

In May 2017, PremjiInvest, the investment arm of Wipro Chairman Azim Premji, raised questions on the interests of minority stakeholders post merger. PremjiInvest also reportedly sent a letter to the Snapdeal board, seeking clarity on the upcoming deal with Flipkart.

With the Snapdeal Flipkart merger in a state of jeopardy, probably, the Indian startup ecosystem has witnessed, for the first time, the power of minority shareholders. SoftBank has already threatened to walk out if all the minority shareholders do not vote in favour of the merger deal with Flipkart. Also, in a case of deal failure, Softbank will look to invest independently in Flipkart, leaving Snapdeal behind. In lieu of shareholders disagreement for the merger, Snapdeal might get a second chance to make a new beginning with Snapdeal 2.0. However, with the lack of support from Softbank, and a limited amount of funds in hand, it will be worth watching how Snapdeal will be able to cash upon this opportunity in near future.