Sequoia Capital Sells Almost 1% Of Its Stake In Just Dial For $5.4 Mn

Sequoia Capital Sells Almost 1% Of Its Stake In Just Dial For $5.4 Mn 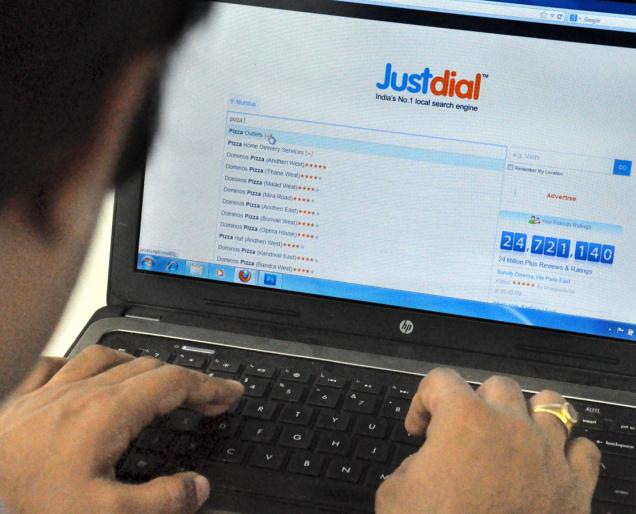 Sequoia Capital, one of the early investors in local search service Just Dial has sold almost 1% of its stake in the company through open market transactions, making an earning of around $5.4 Mn (INR 35.55 Cr).

Sequoia capital came on board of Just Dial during its Series B funding round wherein it participated along with other investors such as Sapphire Ventures, Norwest Venture Partners, SAIF Partners and more.

Here is the sequence in which Sequoia offloaded its stake in Just Dial (as per available data).

Just Dial was founded in 1994 by VSS Mani and the official website was launched in 2007. It is a local search firm that provides both B2C and B2B listings of small and medium businesses across 240 cities in India. The search service is available to users across multiple platforms, such as the internet, over telephone (voice) and text (SMS).

Post its listing on Stock Exchange in June 2013, Just Dial has given its early stage investors a considerable good exit so far. Earlier in November 2015, SAIF Partners, which initially hold 19.72% stake in the company, sold 2.4% of its stake in Just Dial and took partial exit for almost 30x return over its initial investment. SAIF Partners now holds 8.71% in the company.

Also, Tiger Global Management which holds around 13.2% stake in Just Dial in 2014, now holds only 3.81%. The stake got offloaded in the following manner:

Tiger Global Management is believed to have made 20 times of its original investment in Just Dial.

Amidst these exits, one investor Nalanda Capital continued building up its share in Just Dial. In January 2016, Singapore-based Private equity investment firm invested around $18 Mn (INR 120 Cr.), increasing its total stake in the company by 2% to 7.58%.

Once valued at $1 Bn, Just Dial now seems to have hopped on the bandwagon of an uncertain future. Although it claimed a net profit of $5.7 Mn (INR 37.5 Cr), with 26.5% Y-o-Y rise for Q2 FY 18, still there has been seen a decline in firm’s performance over the previous quarters.

In order to get a level playing field with its fellow hyperlocal delivery apps, Just Dial also reportedly made a soft entry into India’s ecommerce space in May 2015 and came up with a ‘one-stop’ app in February 2016, with plans to take Just Dial global along with its ecommerce model. But despite all efforts, Just Dial has still been struggling to tackle competition from its immediate rivals UrbanClap, HouseJoy and LocalOye. At the same time, even biggies like Flipkart (with its one-stop app) and Google (Areo) are also stepping ahead to take a bite in the Indian hyperlocal pie.

So, does the continuous exit of early-stage investors like Tiger Global, Sequoia Capital, etc signify that they have lost the hope of further growth of the investments in Just Dial? Or, the idea is to pull out the money from a supposedly saturated channel and rotate in the otherwise burgeoning startup segment of the country? Well, for the time being, these investors have already made their choices.