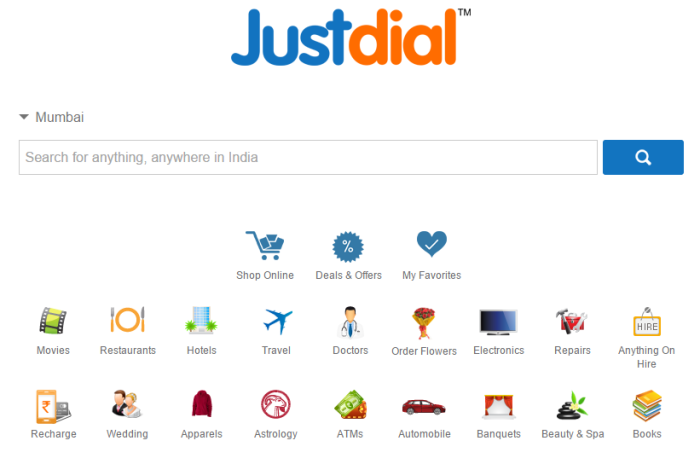 SAIF partners, which is one of the early investor in JustDial has sold 2.4% stake in the company which helped it earn returns of over 30 times in comparison to funds that it had invested in the company.

According to data on BSE, the shares have been sold in tranches since June and amount to total of INR 254 Cr.  With this, now SAIF holds 8.71% in the company.

SAIF had invested INR 55 Cr. in JustDial in 2006 and over the time it increased its investment in the company to INR 70 Cr. It held a 19.72% stake in JustDial before it went for IPO in June 2013, and had sold part of its stake in the company previously taking it to 11.2%.

Whereas it’s another investor Tiger Global holds 13.32 % stake in the company.

With this, recently the Reserve Bank of India (RBI) has now allowed JustDial to raise the foreign shareholding limit to a maximum of 75% of its paid-up capital under the portfolio investment scheme (PIS).

JustDial was founded in 1994 by VSS Mani. It is a local search firm which provides both B2C and B2B listings of small and medium businesses across the country.