A chief factor for Pepperfry’s better financial performance was the increase in revenue by 26% YoY to INR 260.61 Cr

With an omnichannel focus, it has also reduced its reliance on advertisements as spending fell by 24% in the year

Of the company’s total revenue, INR 246 Cr was operational revenue, while employee benefits was the biggest expenditure 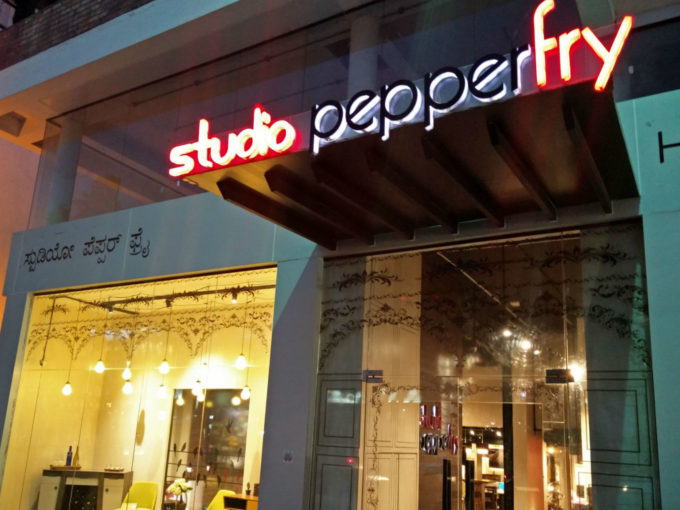 A chief factor for Pepperfry’s better financial performance was the increase in revenue by 26% YoY to INR 260.61 Cr. Moreover, expenses fell, albeit marginally, by 1.79% to INR 383 Cr.

Of the company’s total revenue, INR 246 Cr was operational revenue, of which, INR 245,88 Cr was from the sale of services, while INR 0.15 Cr was license fees.

For Pepperfry, revenue from operations comprises commission from suppliers of furniture and other products sold through its ecommerce site and app. The company has a contractual arrangement with many of the suppliers. In addition to over 10K sellers, the company has 10 private label brands including Woodsworth, Mintwud, Casacraft, Amberville, Bohemiana, Mudramark, Mollycoddle, Clouddio, Primorati and Mangiamo.

As for the breakup of the company’s expenses, employee benefit expenses fell by 34% to INR 23 Cr; finance costs by 63% to INR 1.43 Cr; depreciation, depletion and amortisation expense increased by 3.6% to INR 3.74 Cr; and, other expenses, which includes the company’s spending on rent, fuel, conveyance, bad debts, legal and advertising services, increased by 2% to INR 354.65 Cr.

Interestingly, the company had major plans in FY20 to launch high-tech virtual reality-enabled showrooms. In November 2019, the company told Inc42 that it opened 25 new stores or Pepperfry Studios since April 2019. Overall, the company had 67 (including both owned and franchise) such studios across 24 Indian cities in FY20.

Cofounder Ambareesh Murty had said then that 35% of Pepperfry’s business comes from users that have registered at Pepperfry Studios, and typically within 60 days of registration. “This number last year used to be about 27-28%, we see this number settling at about a 35-40% rate over the next year or so,” he said.

With an omnichannel focus, it has also reduced its reliance on advertisements. While in FY19, Pepperfry’s advertising expenses had increased 87% YoY to INR 170 Cr, in FY20, they’ve fallen by 24% to INR 129 Cr.

Founded in 2011 by Ambareesh Murty and Ashish Shah, to date, Pepperfry has raised $240.5 in eight funding rounds from seven investors. The company last raised funds worth $40 Mn in a Series F round led by Pidilite Industries in February 2020.

The company competes with several other startups in the online furniture industry such as WoodenStreet, Wakefit, Furlenco, Rentomojo and HomeLane, along with ecommerce marketplaces such as Amazon and Flipkart.

It is worth mentioning that the FY20 financials are for the period ending March 31, 2020, and hence, wouldn’t accurately reflect the impact of the Covid-19 pandemic on the company’s business.

The pandemic also saw Pepperfry’s competitor Urban Ladder go through a distress sale to Reliance Retail for INR 182 Cr. Considering that Urban Ladder was an eight-year-old company then with more than $120 Mn in funding, the terms of the deal were certainly an undersell, evidencing the state of the online furniture industry in India last year.

Industry experts believe that most companies in the online furniture business are in bad shape today. “Though they claim to be earning huge revenues, their operational costs and losses are really high,” Lokendra Ranawat, cofounder at Wooden Street said in October last year.

In June 2020, Pepperfry founder and COO Ashish Shah told Inc42 that prior to the pandemic, 38% of the company’s sales were coming from offline stores. However, given the churn in the market due to the pandemic, the company was doubtful about retail outlets getting back to track anytime soon. Shah was optimistic about online sales for Pepperfry.