On Thursday, it made its stock market debut and got listed at a discount of over 9% from its issue price of INR 2,150 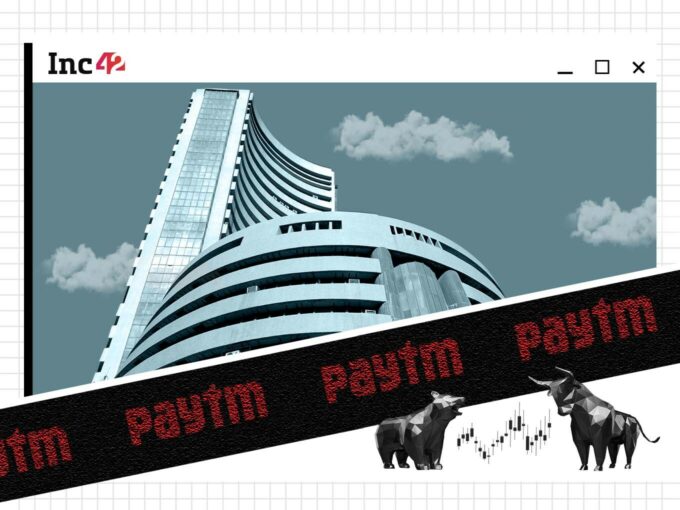 The share price of Paytm continued to decline further on its second trading day and is currently trading below the INR 1,300 mark.

Understandably, the market cap is way below its pre IPO valuation of $16 Bn. It is here to be noted that the fintech giant was valued at $16 Bn when it raised $1 Bn in 2019 in a funding round led by US asset manager T Rowe Price.

Prices of the digital payments giant have been on a correction since its listing over concerns of high valuation.

On Thursday (November 18th), One97 Communications, which owns Paytm made its stock market debut and got listed at a discount of over 9% from its issue price of INR 2,150.

The listing was largely on expected lines after a slower than anticipated response to the INR 18,300 initial public offering and persistent concerns of profitability and valuation. Its offer during November 8–November 10 was subscribed 1.89 times.

The large size of the offer also played a role in slowing the pace of subscription, analysts said.

Market analysts are of the view that in the long haul, investors should remain invested in the company for better returns.

On Sunday, the company said that the growth momentum in gross merchandise value (GMV), a key economic indicator in its business model, continued in October 2021. The GMV was driven by festive season spends, increase in number of merchants and consumers, adoption of new products, transactions for both online and in-store merchants, and in deployed devices.