On An Acquisition Spree, Pratilipi Relies On Debt To Power The Next Phase Of Growth

On An Acquisition Spree, Pratilipi Relies On Debt To Power The Next Phase Of Growth 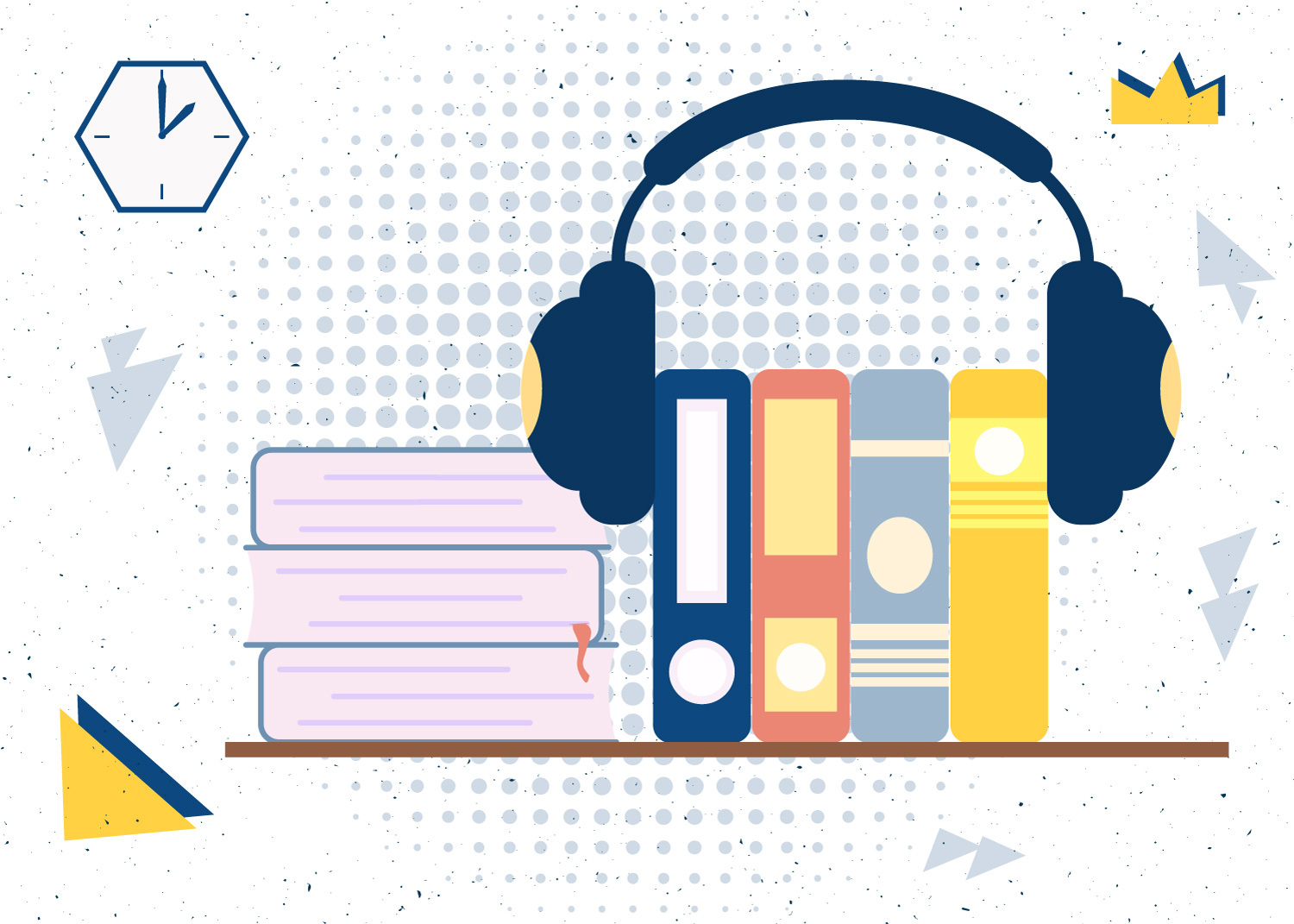 Started in 2015 as a platform for vernacular short- and long-form fiction, the startup currently has 24 Mn monthly active users and 5 Mn stories across 12 languages

Having begun with textual stories, Pratilipi is quickly metamorphosing into an omnichannel storytelling behemoth by making acquisitions and building alternative platforms to drive user growth

Pratilipi is not like most other content startups in the country. You could also say it is unlike the mass of digital content companies. The reason is simple — while every other content outfit is focussed on generating viral content like short videos, provocative memes and shock-and-awe web series, six-year-old Pratilipi’s founder Ranjeet Singh is betting on building a stable of high-shelf life content that can stand the test of time.

Given the rush of unicorn rounds in the last few months, does this venture debt raise mean there is a much bigger Series D round in the works? Usually, startups take venture debt as a ‘bridge’ for a growth sprint or for buying time ahead of an equity round.

Singh brushes off the mention of a ‘bridge’ round but says that talks are on for an equity round later. “The thing is that we needed a working capital boost at this point for growing the IVM (Indus Vox Media) Podcast business that we acquired last year. And venture debt seemed to be a less expensive proposition than diluting equity in a hurry,” he reasons.

“We have been tracking Pratilipi from its early days and have been thrilled to see the expansion of this homegrown story telling platform. Our rich Indian language literature has been hidden in academic books and offline book stores for very long. Pratilipi is playing a pioneering role in enabling regional language authors to provide massive reach for their content as well as engagement with readers and listeners.” said Ankit Agarwal, Partner, Alteria Capital.

Pratilipi started in 2015 as a platform for vernacular short- and long-form fiction and it currently has 24 Mn monthly active users and 5 Mn stories across 12 languages. These stories are free to read but users can subscribe to any of the 350,000 writers on the platform for a small fee of INR 25 that can give them access to premium features like early access and ‘superfan’ badges. While the writers get to keep around 60-70% of the money that comes through such subscriptions, the company takes a 30-35% cut, according to Singh.

Having started with just textual stories, Pratilipi is quickly metamorphosing into an omnichannel storytelling behemoth by making acquisitions and building alternative platforms to drive user growth. 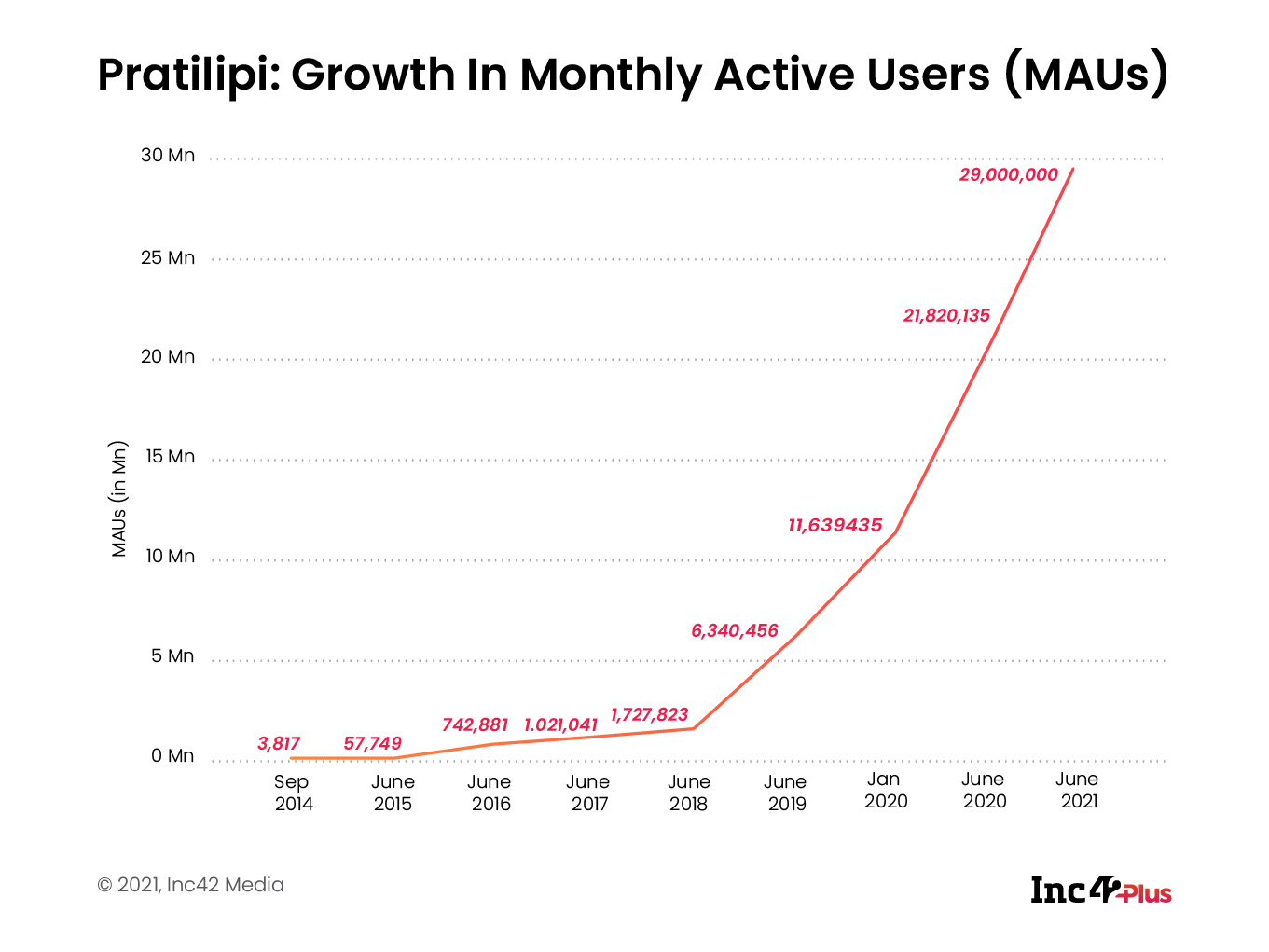 In November 2019, the company launched Pratilipi FM which caters to audio stories, books and podcasts in nine Indian languages. The platform has already garnered 350K monthly active users and gets 15 Mn hits a month — but it has not started monetising yet.

Then there is Pratilipi Comics that was launched in February 2020. Since then, 2 Mn users have read around 64 Mn comic strips on the platform, which includes a range of well-known comics (Diamond Comics and Amar Chitra Katha) as well as originals produced by the company.

Pratilipi’s biggest and boldest bet, however, seems to be the acquisition of IVM Podcasts in November last year. According to a FICCI-EY report released last year, 47% of Indian internet users in the 16-64 age group listen to podcasts, 92% watch online videos and 82% stream music. So, the potential market for podcasts, OTT and streaming platforms is huge.

With over 100 shows hosted by celebrities and experts like actor Ashish Vidyarthi, gaming entrepreneur Vishal Gondal, veteran TV host Cyrus Broacha in its kitty, Singh says the company is doubling on the vertical. However, its revenue stream as yet has been limited to brand sponsorships as the Indian podcast market has still not matured to pay for premium subscriptions.

That doesn’t mean that the company is taking it slow on the monetisation front — it has started licensing its textual stories and comics to publishers who want to sell them in the physical form and film production houses who are making TV series based on the stories.

According to a person close to the company, Pratilipi is clocking a  month-on-month revenue growth of around 40% this year and raked in a handsome INR 30 Lakh in May 2021. However, Singh declined to comment on the revenue numbers. 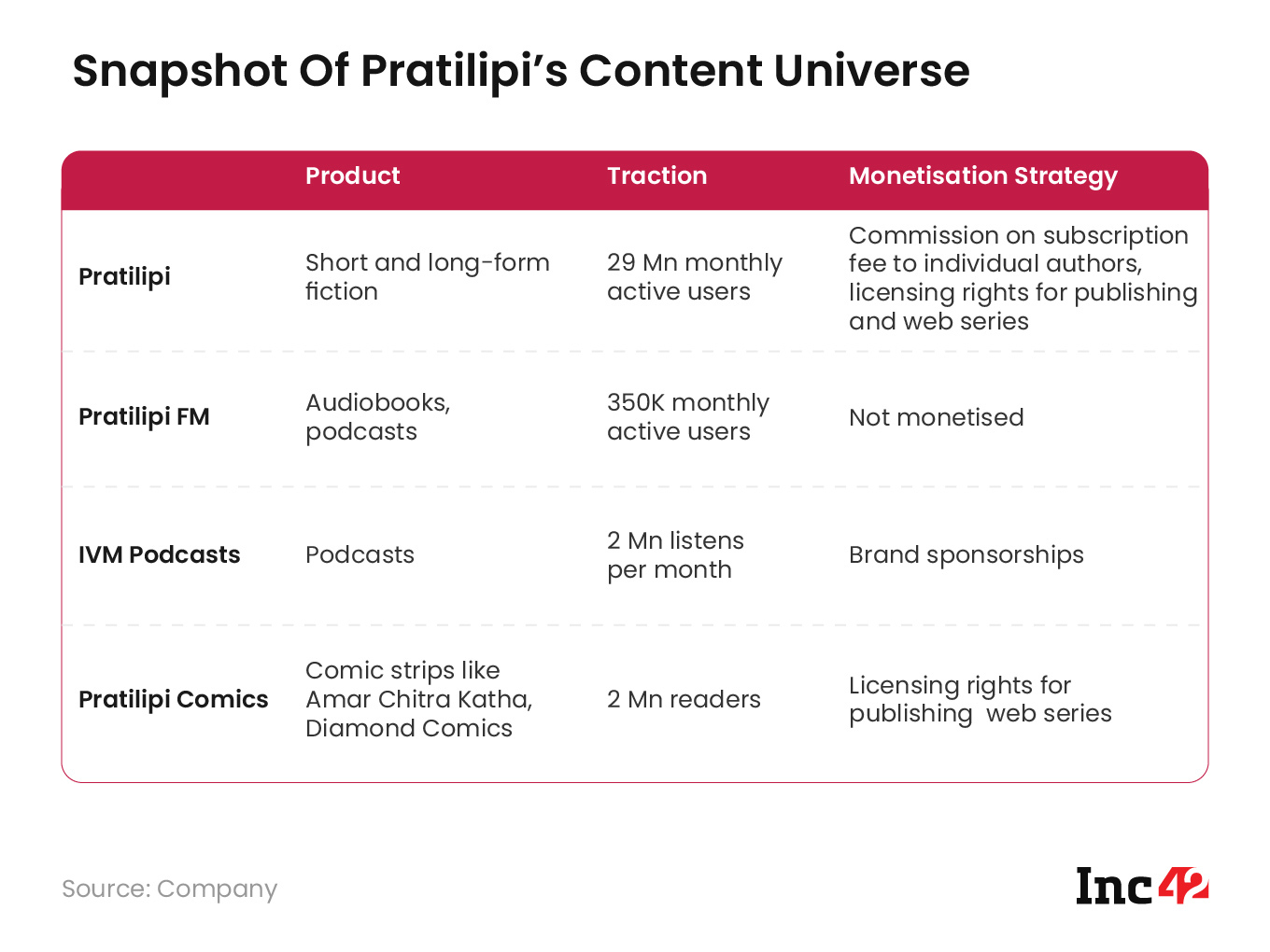 Betting On Culture To Drive Innovation

Although the Pratilipi CEO recounts multiple numbers validating the traction of the company’s various platforms, he sounds the most enthusiastic about its employee net promoter score (NPS) of 80. NPS is usually used as a product metric that shows what percentage of adopters egg on others to use the product. But in the context of employee NPS, it concerns the percentage of the company’s staff who pass on a favourable view of working for the company.

“Our employee NPS has never gone below 80 and is better than the likes of Tesla and Netflix,” says Singh.

He also adds that the much-revered employee culture of Netflix is not so great after all as it is like a sports team — as one-quarter of bad performance by a staff member may offset the good performance of years at the U.S. entertainment giant.

Pratilipi is trying to build a more liberal work culture where risk-takers can thrive despite a few missteps. Moreover, employees get to decide how they want to chart out the trajectory of their deliverables. Singh says that transparency is the key to creating a happy work environment and the largely Asian culture of an excessively hierarchical office structure is a hindrance in the content business where creativity rules the roost.

“As you would have noticed, I did not flinch from revealing any numbers to you. The culture in Pratilipi is such that every employee has access to all metrics and dashboards so that they can independently assess the business and come up with solutions,” he says.

According to the CEO, one mistake that many companies make is not communicating honestly about roles and responsibilities at the outset. “I have a problem with when people lie before hiring,” he says.