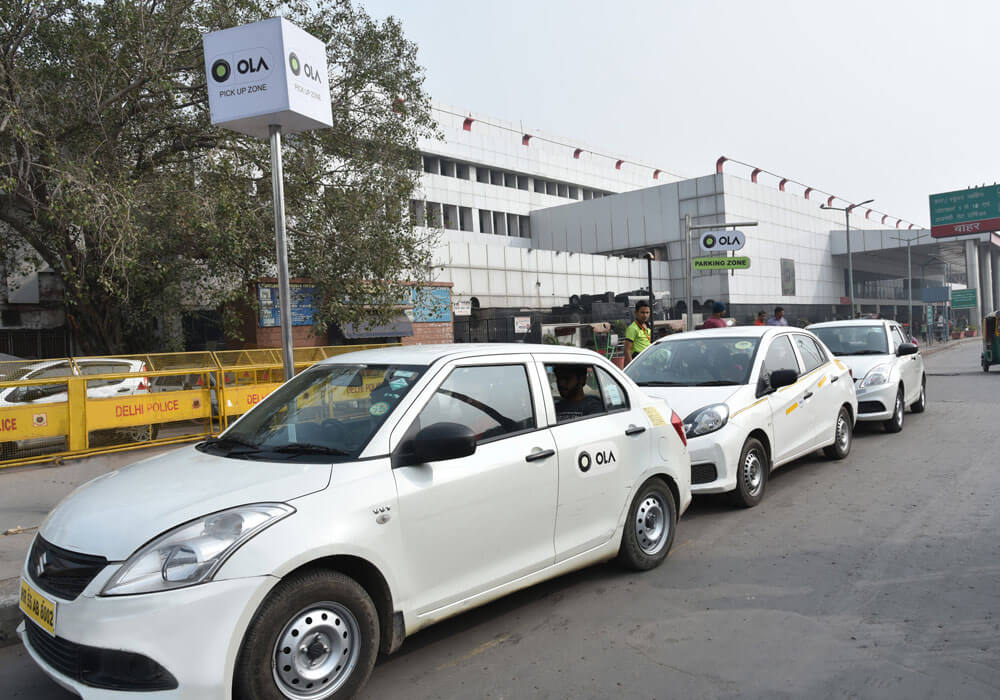 Ola has partnered with the Delhi division of Northern Railways to launch dedicated Ola kiosks at five key railway stations in the national capital. The initiative aims to facilitate last mile connectivity and improve mobility experience of passengers.

Under the partnership, passengers at New Delhi, Anand Vihar, Old Delhi, Sarai Rohilla and Hazrat Nizamuddin railway stations will be able to book a cab with the assistance of Ola representatives at Ola kiosks within station premises.

Pranav Mehta, City Head, Delhi NCR at Ola said, “Over the last one year, we have been integrating our smart mobility solutions with key public service utilities to ensure last mile connectivity along with, building mobility solutions that cater to the diverse needs of consumers. Railway stations form a critical part of city’s transport ecosystem and our partnership with Delhi Railway Division is an important milestone in this direction.”

Ola Zones have been set up at these five railway stations, which provide dedicated parking to the cabs. These zones will also serve as dedicated pickup and drop points. The company claims that this will bring down the expected time of arrival (ETA) of cabs to as low as 2 minutes.

The company is further planning to make more such associations in other key public utility spaces across the country, as shared in a media statement.

Since its launch in 2010, Ola has raised a total investment of $3.9 Bn in 11 rounds of funding from about 20 investors. The company also claimed to have been on the verge of becoming profitable by FY 2019.

Indian cab aggregator has been continuously expanding its range of services across platforms with several partnerships. In February, Ola partnered with Hike to integrate its ride-hailing services on the Hike platform.

On the government front, recently, Ola signed a Memorandum of Understanding (MoU) with Government of Assam for a pilot project of river taxi services in Guwahati.

The company is also in the process of expanding its geographical reach outside India, starting with Sri Lanka and Bangladesh. As per recent reports, Ola has launched a pilot in Perth, the capital city of Western Australia. The reports claimed that the company is looking for expansion in Asia and North Africa too.

Competing with rival Uber, Ola has been innovating and exploring its range of facilities to gain a foothold in the price-sensitive Indian market. The company has offered carpooling services, autorickshaws, Play services, etc and is also in talks to develop its own EV autorickshaws to explore the segment.

The company also forayed into food delivery business in December 2017 by acquiring FoodPanda for $31.7 Mn (INR 202 Cr). After the announcement, the company committed to investing $200 Mn in Foodpanda. The online food services market in India is expected to reach $2.9 Bn by 2019.

According to a report by RedSeer Consulting, Indian online mobility market, which includes cab aggregator and auto-hailing verticals, has seen a substantial growth last year. As per the report, these two categories contributed over 15% of the industry’s overall gross book value (GBV) in 2017.

In this growing segment, the company’s strategy to partner with the railways for Ola kiosks can be seen as a great move for lakhs of passengers who travel via railways daily. The results of this partnership with the Delhi Division of Northern Railways will be something to look forward to.