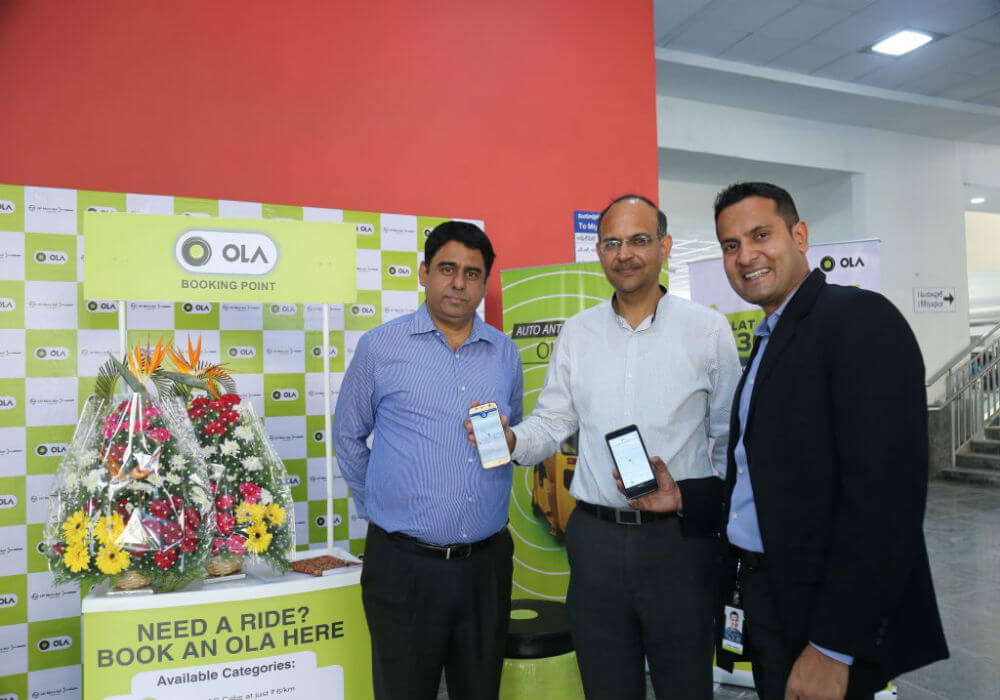 Under this partnership, the ride-hailing startup has been on-boarded as the ‘Mobility Partner’ of the metro rail project.

Anil Kumar Saini, Chief Operating Officer, LTHMRL said, “The inauguration of 30 km of Hyderabad metro rail from Nagole to Miyapur has been successful with the ridership reaching a record 240K recently. We are happy to collaborate with Ola as our mobility partner. Now commuters will have uninterrupted connectivity to and from the metro stations.”

Saurabh Mishra, Director – Alliances at Ola further added, “The Hyderabad Metro Project will add muscle to the city’s transportation infrastructure. Over the last year, we have been integrating our smart mobility solutions with public utilities like railway stations, airports and metro stations. This partnership further reaffirms our commitment towards building first and last mile connectivity solutions and making mobility simpler, convenient and seamless for hundreds of thousands of Hyderabad Metro commuters.”

Furthermore, TSavaari, the official Hyderabad Metro Rail app has integrated Ola’s services including Ola Money. The integration will allow LTHMRL commuters to recharge their metro smart cards directly from the Ola Money app. Additionally, users will be able to book an Ola cab or auto directly from their TSavaari apps.

Commuters will now be able to book a cab with the assistance of representatives stationed at Ola Kiosks within the station premises. This facility will be installed at Miyapur, Ameerpet, Nagole, KPHB Colony stations and will expand to other stations in the coming months.

Additionally, Ola Zones, located in the vicinity of the Metro stations, will work as dedicated pick up and drop off points for customers, enabling ETAs (Expected Time of Arrival) as low as two minutes.

Ola has been doubling down  to establish its dominance amongst other players in the ride hailing space like Uber and Meru cabs. In order to reach a greater audience, it has established numerous associations with private firms as well as government organisations in 2017.

After launching the much awaited Ola Play service, which gives the users a choice of personalised content and a fully-connected interactive experience through several partnerships across categories to build a high quality interactive experience for users, the company actively forged associations with Microsoft and Shemaroo Entertainment.

As a part of its partnership with Microsoft, the Bengaluru-based cab aggregator said that Microsoft will be its preferred cloud provider and it will use Microsoft Azure to power Ola Play. The association with Shemaroo will enable the riders to access a catalogue of videos to choose from and make their trip an immersive and entertaining one.

Apart from that, it also announced recently to launch the bicycle sharing platform-Ola Pedal and also got on board Virat Kohli and Virendra Sehwag for its campaign to curb pollution.

Various state governments, including Delhi and Karnataka, have repeatedly attempted to  ban Ola and Uber. Moreover, Transportation Minister Nitin Gadkari recently announced that the government is working on a ride hailing service that can give a tough competition to players like Ola and Uber. The government is also pushing for the expansion of the electric vehicles segment, which can further have a deleterious impact on existing cab hailing services.

With such rollouts coming in the way of its expansion plans, Ola is forced to find new and long term avenues to increase its revenues in the coming years. So far, it has done a commendable job by establishing strategic partnerships and introducing new initiatives. It will be interesting to see how these initiatives fare against competition from Ola’s biggest rival, Uber.