Even though Netmeds managed to curb its spending in the year, it did not manage to grow the income commensurately

In August 2020, Reliance Retail acquired a majority stake in Netmeds in a deal worth $83 Mn 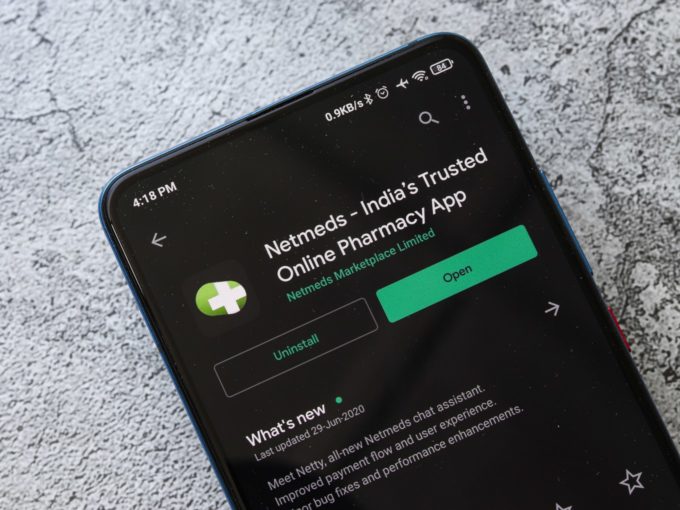 Even though Netmeds managed to curb its spending in the year, it did not manage to grow the income commensurately. The company’s expenses declined by 9% to INR 172 Cr in FY20 from INR 188 Cr in FY19. This resulted in a huge net loss of INR 164 Cr in the fiscal year ended March 31, 2020.

The company’s filings mention that it wasn’t impacted by the countrywide lockdown imposed from late-March till late-May last year to contain the spread of the Covid-19 pandemic. This was because, with physical distancing protocols in place, people relied on home delivery of medicines.

“With more people switching to online purchase of medicine, the sales since April 2020 have seen a positive trend. The company being in the essential services segment has not experienced any significant disruptions affecting its business,” the filings said about the FY21 performance.

Worryingly, revenue from operations fell drastically by nearly 75% from INR 19.6 Cr to INR 5 Cr in the year before Reliance acquired the company a few months into FY21. In August 2020, Reliance Retail entered the online pharmacy space by acquiring a majority stake NetMeds and its subsidiaries, formally known as Vitalic Health Private Limited, for INR 620 Cr ($83 Mn).

Netmeds marketplace, its holding company Tresara, and other subsidiaries Dadha Pharma Distribution Private Limited which deals with wholesale of medicines, together come under Vitalic, the parent company of Netmeds. Vitalic reported a consolidated turnover of INR 221.02 Cr and a net loss of INR 184.35 Cr in FY20.

Netmeds was founded in 2010 by Pradeep Dadha. The startup is a licensed pharmacy marketplace that offers authenticated prescription and over-the-counter (OTC) medicine digitally along with other health products. The company has acquired two healthtech startups KiViHealth and telemedicine startup JustDoc. As of March 2019, Netmeds claimed to have served more than 3.7 Mn customers in over 610 Indian cities and towns.

Reliance’s entry into the online pharmacy space has pitted the Indian MNC against ecommerce majors such as Amazon and Flipkart, also looking to tap into the segment. Meanwhile, to counter the bigger online pharmacies and giants entering the space, Medlife and Pharmacy merged last year to form a bigger entity with a unicorn valuation.

In September last year, Inc42 reported that 1mg could raise $100 Mn to take on ecommerce behemoths Amazon, Flipkart and Reliance.