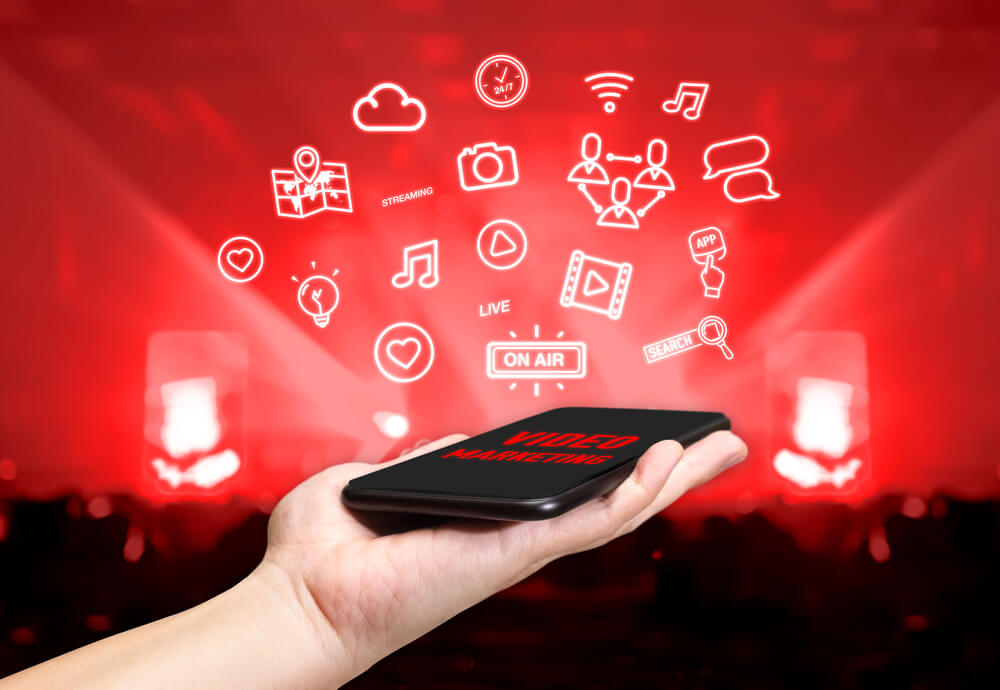 InMobi has utilised various performance metrics such as Click Through Rate (CTR), Conversion Per Mile (CVM), Video Completion Rate, etc. for data analysis. The InMobi report covers three broad categories of mobile video advertisers – brands, publishers and performance advertisers (PAs). Also, comparisons have been made across global countries to provide a better outlook on the state of mobile video advertising in the country. 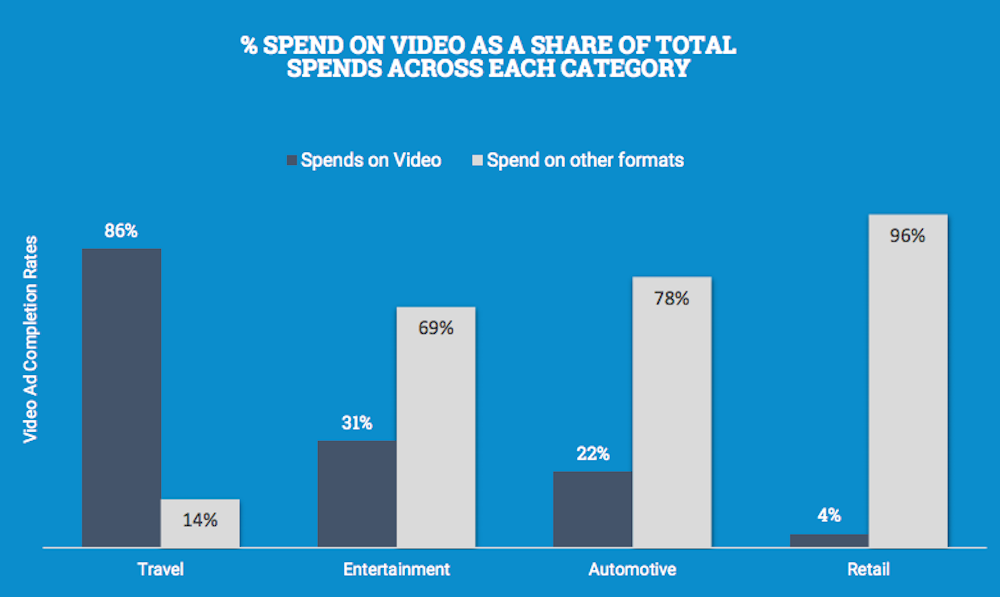 Both travel and entertainment brands achieve the same completion rate of 73%. The highest completion rates, however, go to retail advertisers, who achieve 77% completion. 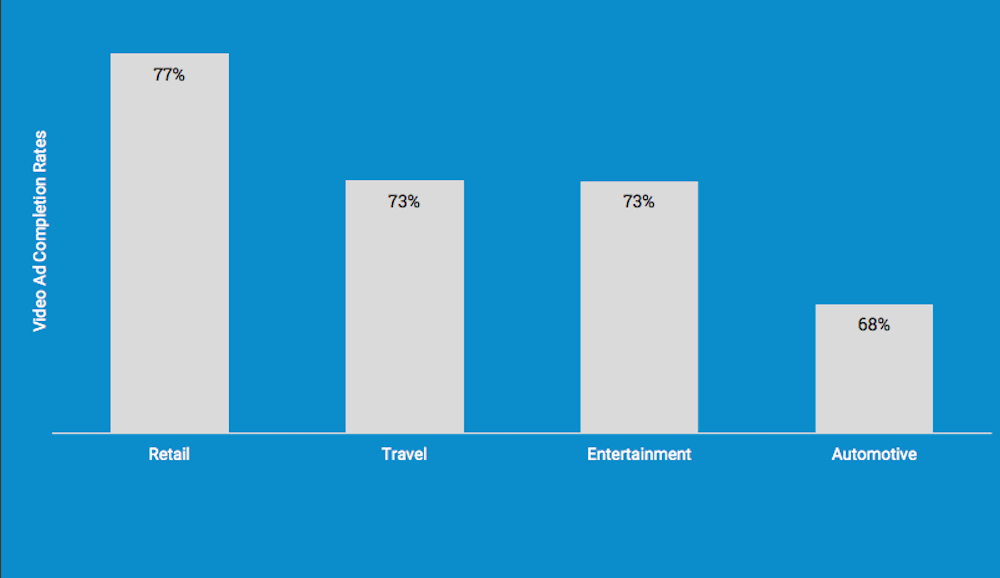 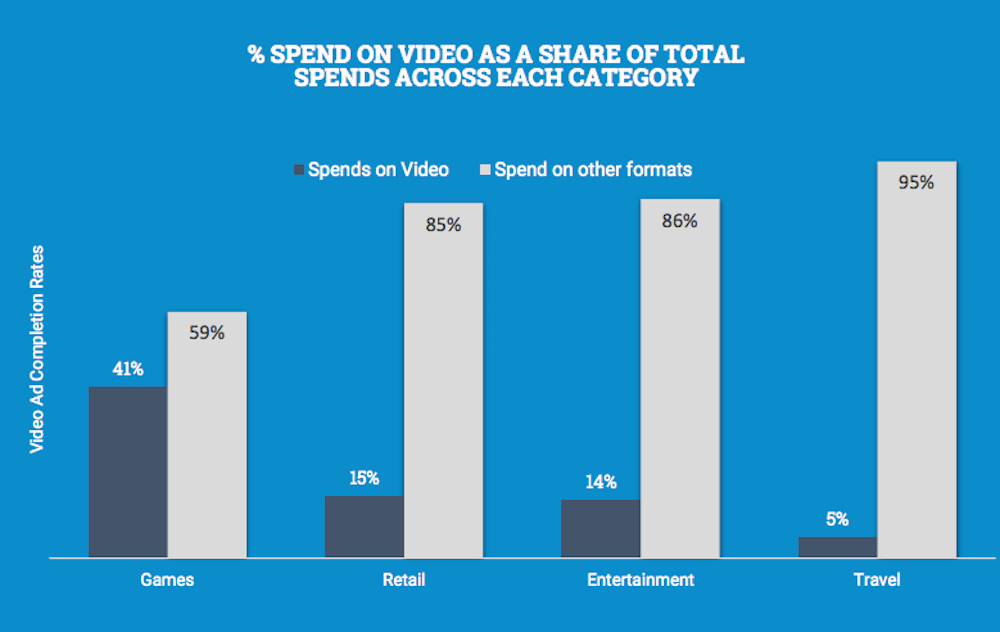 India saw a rise of 2% in mobile video advertisement spends and 66% rise in mobile video completion rates since Q1 ’16. As per the report, the increasing demand for video content on mobile devices is driving performance marketers to invest on mobile video ads which are successfully driving a growing share of app installs compared to other formats. 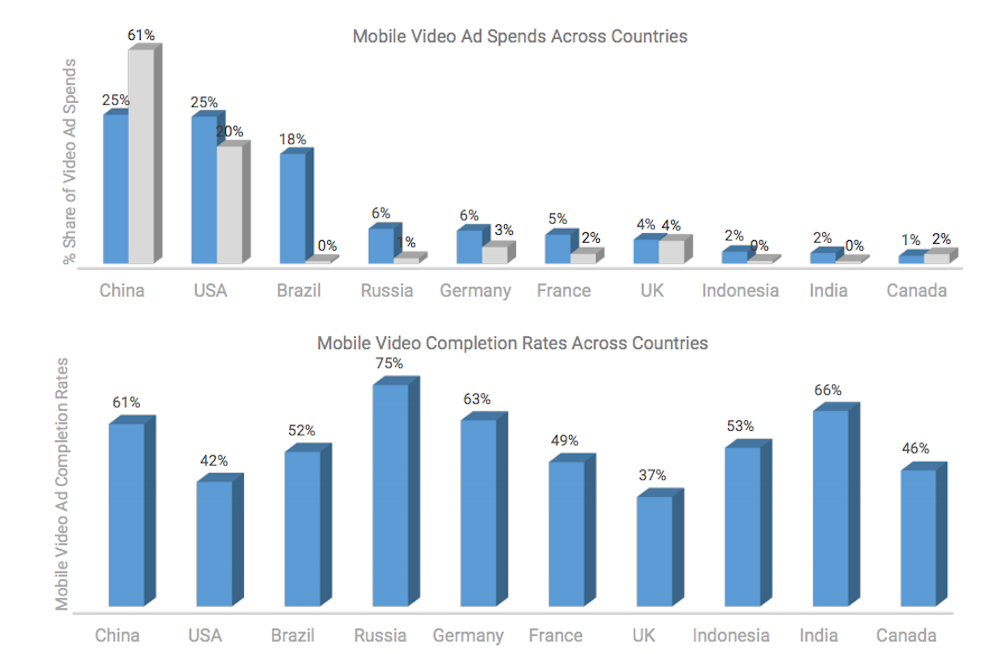 India Left Behind In Terms Of Brand Video Advertising Spends

However, India has not been able to grab a top 10 global position in terms of Brand Video Advertising Spends. “Following the success of mobile video content, brand advertisers in the US, China, Brazil, Germany, and Australia are ramping up their investments and adoption of mobile video advertising to connect with audiences while informing and entertaining them.” 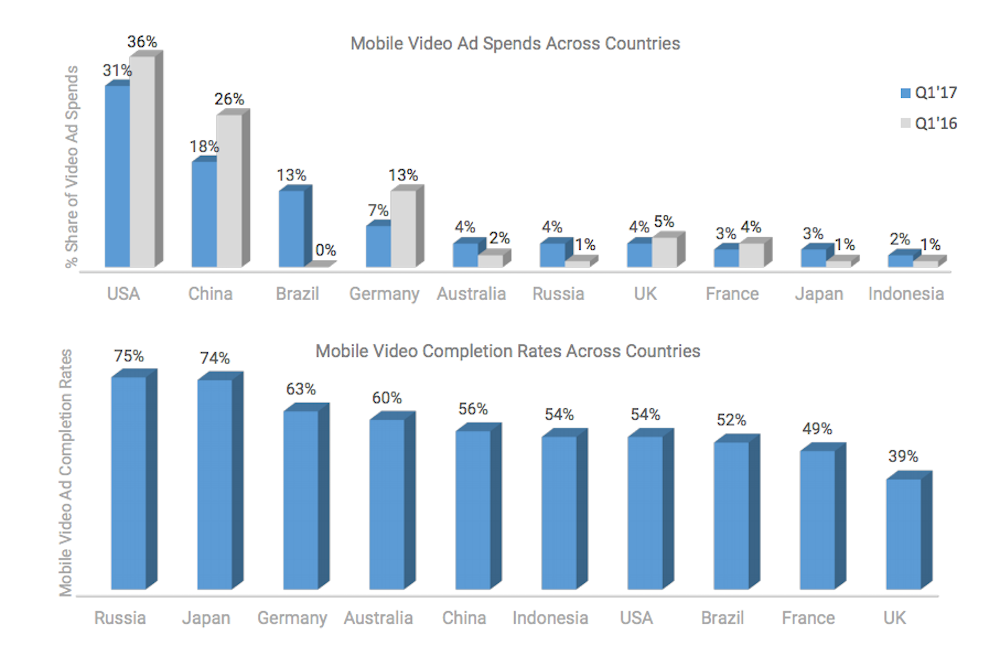 Brands in North America have replaced Europe in terms of mobile video advertising spend in Q1 2017 for the period between January to March. However, APAC countries have shown the highest growth over a similar period in 2016, leading to 8X growth in ad spends. 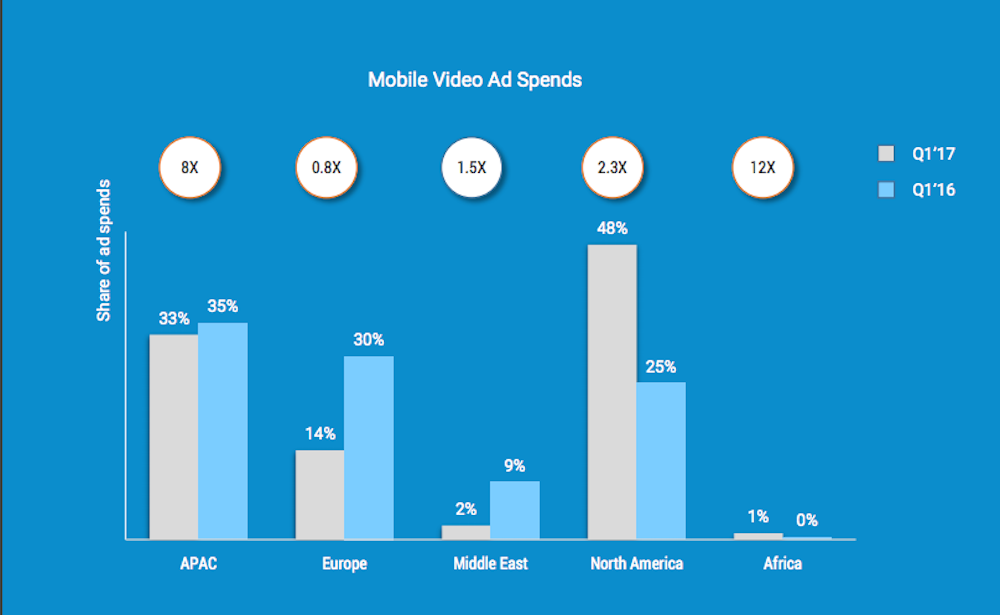 Video ads today in APAC are responsible for driving 17% of all app installs compared to 2% in Q1 ’16. As stated in the report, increased consumption of video content coupled with better Internet bandwidths has driven 6.5x growth in app installs. 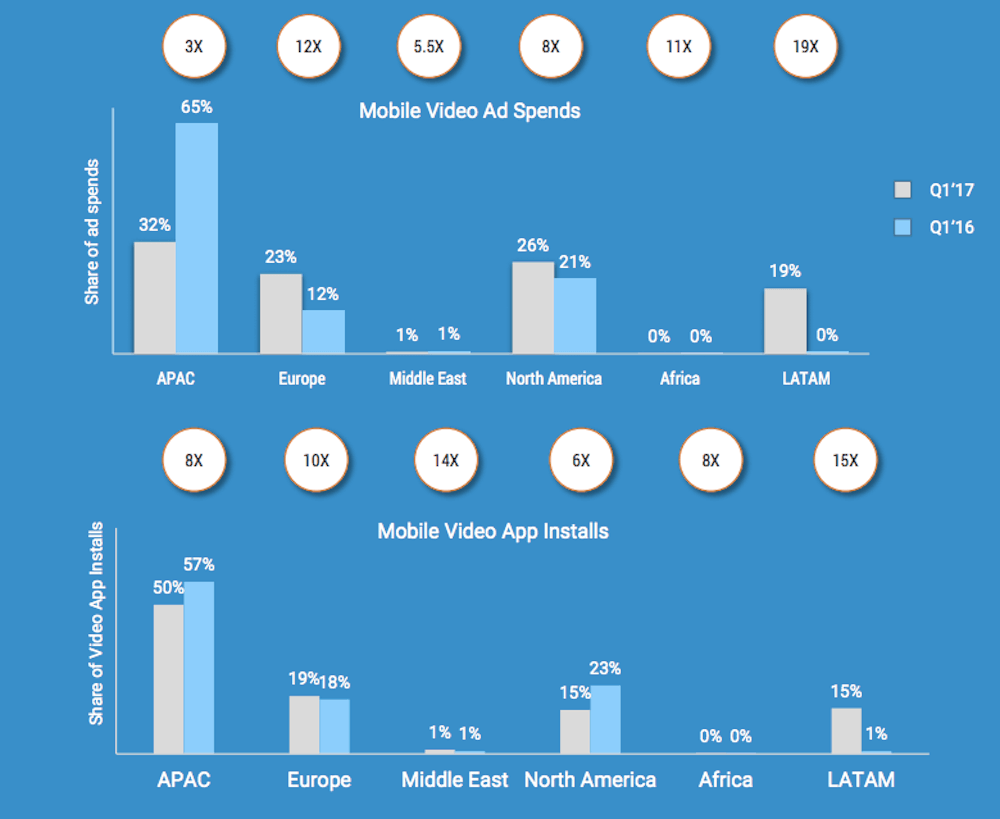 The growth of mobile video advertising in India can be attributed to meteoric smartphone and Internet penetration. Currently, of the 450 Mn-strong Internet population, 77% urban users and 92% rural users consider mobile as the primary device for accessing the Internet, as per an IAMAI-IMRB report, March 2017.

Also, Reliance Jio’s entry in the Indian Internet segment has further forced incumbents in the space to launch new services and offerings to entice customers – resulting in a  reduction in data pack costs and increase in connection speeds. This, in an essence, has the potential to change the face of Internet consumption in India.

As per a 2016 FICCI-KPMG report, digital video advertising is expected to become close to $1 Bn market by 2020 globally. Platforms like Hotstar, You Tube, Voot have made the market more attractive for advertisers, being the first choice of millennials in the present era. And this all is happening when India has been ranked 89th globally in terms of average Internet speed marking 6.5 Mbps. The global average internet speed as per the AKAMAI report is 7.2 Mbps.

As identified by InMobi in its latest report, mobile video advertising has already knocked on those doors where once native advertising or banner ads had monopoly. With increasing number of smartphone users along with their multiple and differentiating content usage life cycles – it is an enormous opportunity for advertisers to ride on the bandwagon and gain maximum consumer attention.