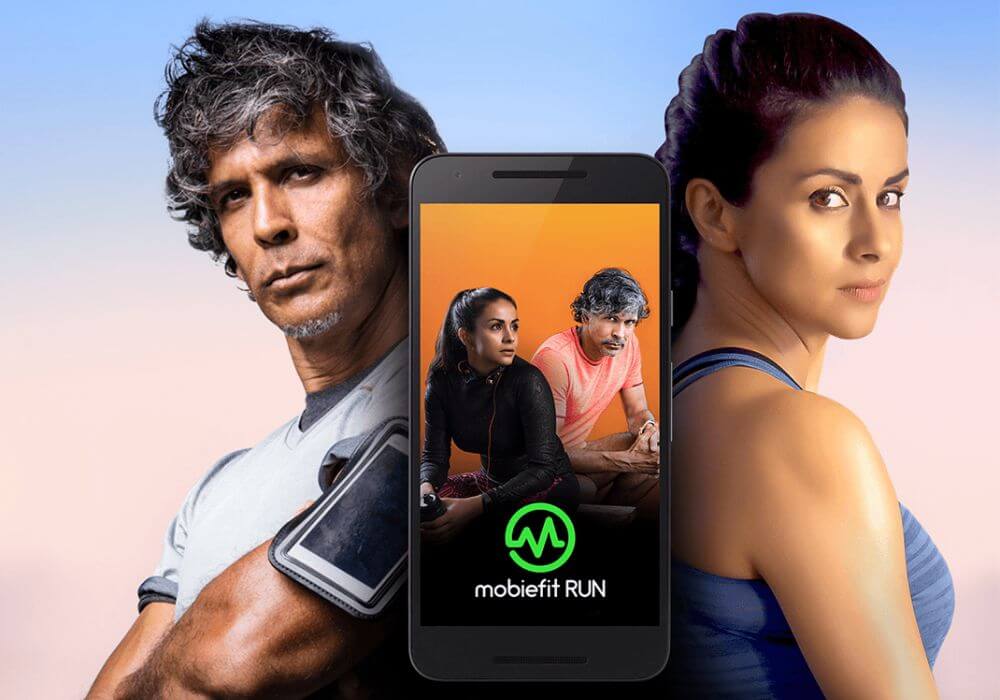 Mobile fitness startup Mobiefit has raised $1.35 Mn (INR 8.85 Cr) in a Pre-Series A funding round led by NB Ventures and existing investor, MediAssist India. The investment follows the startup’s Seed round of $1 Mn in December 2015.

NB Ventures is a Dubai-based venture capital firm with a $50 Mn startup fund. Chief among its recent Indian investments is health and fitness app HealthifyMe, which reportedly secured $1 Mn in December last year.

MediAssist, on the other hand, is a healthcare manager that provides services related to medical insurance to more than 25 Mn customers and around 5,500 companies.

The Growth Story Of MobieFit: An Overview

MobieFit is co-founded by serial entrepreneur Gourav Jaswal and Indian actress Gul Panag. The mobile fitness platform is supported by Prototyze, a startup incubator that Jaswal started in October 2014. The incubator has since backed digital lending company Seynse, IoT transportation technology company TempoGO and SaaS platform HandyTrain, among others.

Incidentally, Gourav Jaswal has founded a cluster of other ventures such as Synapse, ScreenRoot, VisualJuju, Dygnos and Junoon Ventures, to name a few. In 2015, MobieFit launched its maiden product FirstRun, a voice-assisted coaching-based app that provides training program giving running tips and guidance.

The mobile fitness startup currently boasts more than 750K downloads for its two products: MobieFit Run and MobieFit Body. As its name suggests, MobieFit Run is a scientific programme aimed at training beginners to run 5 km in under nine weeks.

MobieFit Body, on the other hand, is a zero-equipment exercise routine that requires just a few square feet of space and can be done in a hotel room, office, home, park or even gym. The programme currently has over 250+ training videos in English and other languages like Hindi.

MobieFit Body boasts more than 3,800 ratings on Google Play, while the Run programme has around 2,800 ratings. To reach a wider section of the target audience, the mobile fitness startup has also debuted a YouTube channel that currently has about 750 videos covering exercise instructions and motivation. Its blog is read by 60,000 people from across the globe, Jaswal claimed.

Speaking about the platform’s growth in recent months, Shantanu Raghav, Team Leader – Product at MobieFit said, “We have over 500K registered users, and more than 30,000 of them avail the fitness sessions at least monthly through a MobieFit app. Remarkably, 3 out of every 25 people who use the app for the first month, grow to doing a staggering number of over 10 fitness sessions a month by the third month. This indicates a strong adherence and habituation.”

The company also conducts virtual fitness events. So far, over 22,000 people from 39 countries have entered to compete in these events, with nearly 3,500 participating every month.

Gul Panag added, “With the launch of its paid programmes six months ago, Mobiefit became the first fitness app from India to offer training programs via in-app subscriptions. Its growth is driven by the competitive pricing (starting at $3 or INR 199 onwards) which is a fraction of the cost of traditional means like gyms and fitness trainers.”

Prior to the latest investment from MediAssist and NB Ventures, MobieFit had secured around $1 Mn Seed funding in a round led by MediAssist, with participation from angel investors – Paragon Partners founder Siddharth Parekh and Mahesh Murthy of Seedfund. At the time, Jaswal had stated, “With our partnership with MediAssist, we hope to take our mFitness offering to more than 5 Mn corporate employees in urban India.”

The fitness industry in the country is home to more than 120 startups that have collectively raised over $21.2 Mn in funding during FY17. In this space, MobieFit currently competes against players like CureFit, Stratfit, Growfitter, Fitnapp and HealthifyMe. In June 2017, Mumbai-headquartered Growfitter raised $600K in a Pre-Series A round from SQue Capital.

A month later in August, Bengaluru-based health and wellness startup CureFit reportedly signed on Hrithik Roshan as its brand ambassador, as part of a five-year contract valued at $15.6 Mn (INR 100 Cr). Soon afterwards, the startup raised $25 Mn in Series B funding from Kalaari Capital and others.

Armed with $1.35 Mn financing from NB Ventures and MediAssist, MobieFit is preparing to expand its footprint in the rapidly-growing mobile fitness segment in India.