Post-Acquisition, All A1000Yoga Studios Will Be Re-Launched Under The Holistic Wellness Brand’s CultFit Banner 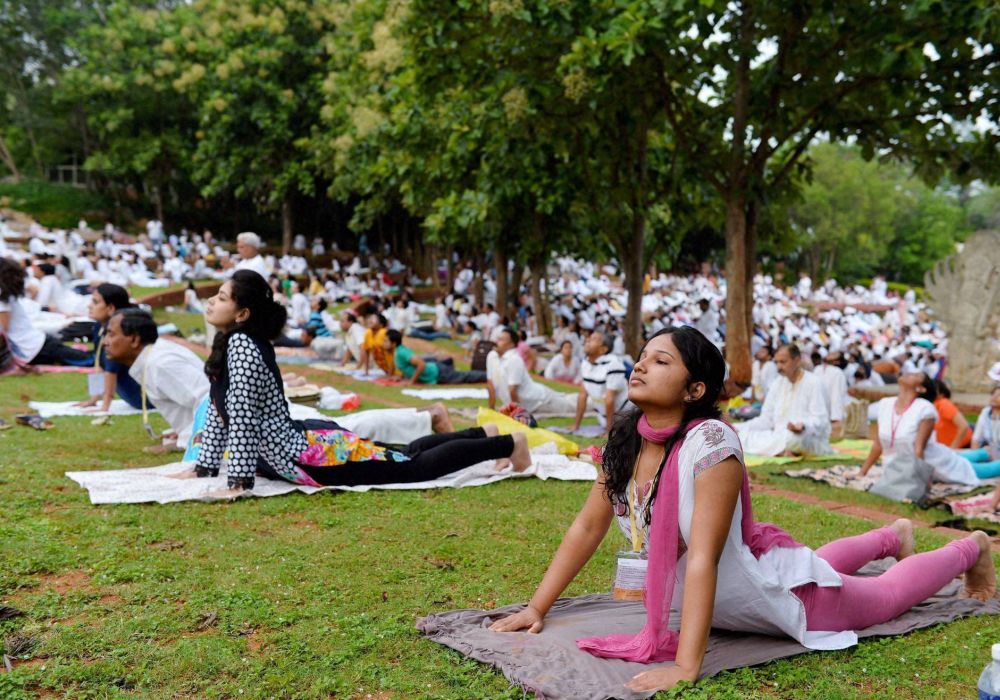 Holistic health and wellness startup CureFit has acquired Bengaluru-based yoga studio a1000yoga for an undisclosed amount. The acquisition will enable CureFit to gain a stronger foothold in the city’s growing fitness market, the company’s spokesperson revealed.

Once the acquisition is complete, all a1000yoga centres will be re-launched under the Cult.fit banner. It will reportedly offer a variety of workout programmes, including Zumba, strength and conditioning, in addition to Yoga.

Commenting on the development, former Flipkart Chief Business Officer (CBO) and CureFit co-founder Ankit Nagori said, “Yoga is rising as one of the favoured wellness choices amongst our key target group. This once-traditional practice is now being embraced quickly as a contemporary form of wellness. a1000yoga’s depth of Yoga offerings and quality trainers will accentuate CULT’s offerings.”

With the goal of making yoga education accessible to people of Bengaluru, Pradeep Sattwmaya started the first a1000yoga studio in Koramangala in 2011. Owned and operated by Due North Yoga under the HYPA Trust, the company has managed to expand its operations across the city with the help of funding from angel investors. Today, it serves more than 1,000 customers in its Indiranagar, Whitefield, and Koramangala centres.

Speaking about the newly-forged partnership with CureFit, Sattwmaya stated, “In the last 6 years, a1000yoga has built a reputation for itself in Bengaluru through the professional and highly-effective yoga service that we have provided. We are very happy to now partner with CureFit and take these quality offerings across India.”

Established in 2016 by former Flipkart executives Mukesh Bansal and Ankit Nagori, CureFit serves as a holistic healthcare platform with focus on mind, body and diet. Its portfolio of services includes Mind.fit, Cult.fit, and Eat.fit. According to Nagori, Eat.fit is a subscription-based nutritive food delivery vertical aimed at facilitating health and wellness through proper diet. Cult.fit, on the other hand, offers customised workout programmes to members. Mind.fit is concerned with promoting mental wellbeing.

In addition to 10 brick-and-mortar centres around Bengaluru, the fitness startup has also developed an app for Android and iPhones, which was launched in May 2017. The app allows members to workout at homes. Recently, the company teamed up with Hrithik Roshan’s lifestyle brand HRX to offer the latter’s workout plans under the Cult.fit programme.

The company is currently working to expand its operations through acquisitions. Over the last one year, CureFit took over Bengaluru-based CULT for $3 Mn as well as Tribe Fitness. In January 2017, it also acquired mental health firm Seraniti for an undisclosed amount. In March 2017, CureFit forayed into the health-food domain with the acquisition of Kristys Kitchen for an undisclosed amount.

Following the latest acquisition, CureFit will boast a customer base of more than 10,000 users. As confirmed by Nagori, the company will be opening 20 additional centres in Bengaluru and Delhi by 2017. Nagori also revealed plans to extend operations to over 500 fitness centres all over India within the next five years.

In July 2016, CureFit $15 Mn in Series A funding round from VC firms Kalaari Capital, Accel Partners, and IDG Ventures. This May, the startup secured another $3 Mn from angel investors and UC-RNT fund, which is a joint venture between Ratan Tata’s RNT Associates and the University of California.

At present, there are more than 120 fitness startups in the country that have together raised nearly $21.2 Mn in funding during FY ’17. Other players in the domain include Stratfit, which recently raised $232K (INR 1.5 Cr) from Hyderabad-headquartered Bodhtree Consulting. In June, Mumbai-based Growfitter secured $600K in a Pre-Series A round of funding from San Francisco-based VC SQue Capital.

With the acquisition of a1000yoga, Bengaluru-based CureFit hopes to entrench itself further in the country’s fast-developing fitness and wellness industry.