The MoU Signed Between The Govt. of Karnataka And Business France India Focusses On Edtech, Joint R&D Projects And Commercial Expeditions 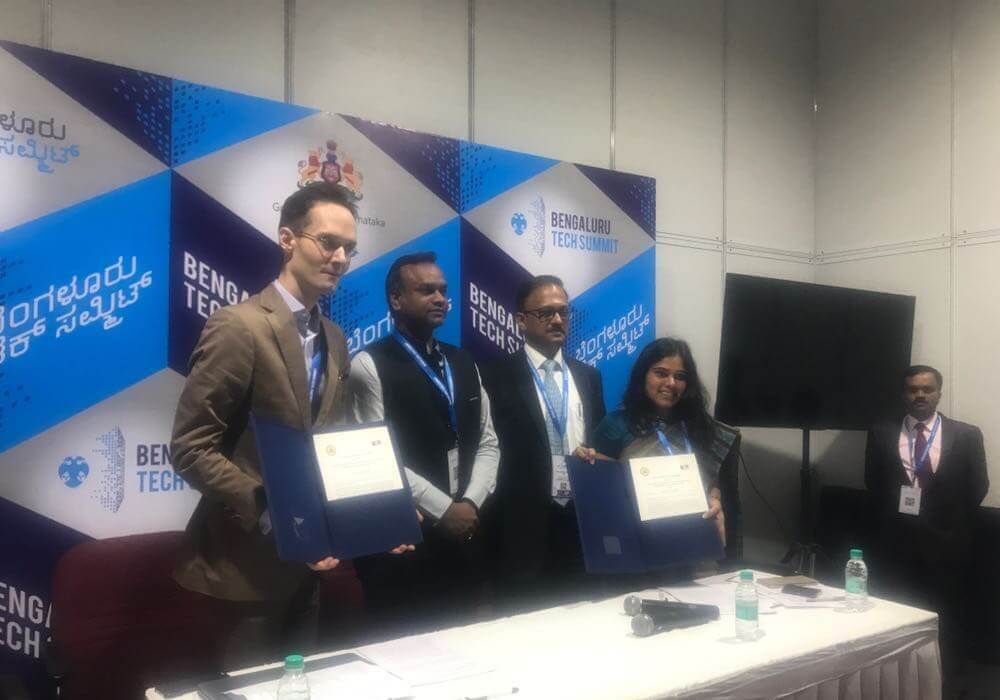 In spite of the latest initiatives by a number of Indian states such as Rajasthan, Kerala, Telangana, Andhra Pradesh and Maharashtra, Karnataka has clearly taken a lead in terms of policy promotion and investments made towards boosting startup ecosystem in the state. Taking a leap further, the Karnataka government has announced its partnership with the French Nodal Agency  Business France India to develop and intensify mutually beneficial cooperation for promoting startups and the ecosystems in both countries.

The MoU has identified five key areas for mutual participation under which selected French startups would come to India and have an immersive experience. As part of the partnership, Indian companies will also be offered support to scale their operations through learning programmes in France.

Business France is a national agency that represents France’s economy for FDI investment and other opportunities, internationally.

Commenting on the partnership, Priyank Kharge, ITBT & Tourism, Government of Karnataka stated, “The partnership with Business France India will enable Karnataka-based startups to leverage the inherent strength of France in education and R&D. The establishment of the French Tech Hub in Bengaluru will provide a single point access to innovations in France.”

The MoU Between Karnataka Govt And Business France India

The MoUs signed between the Karnataka govt. and Business France India highlights the five programmes under the umbrella of the French Tech. The collaboration will focus primarily on edtech, joint R&D projects and commercial expeditions.

Five areas of collaboration include:

The Department of Industry Policy and Promotion (DIPP) is set to announce the state-wise ranking hopefully next month. Apparently, Karnataka which stood on the top in H1 2017 in terms of startup funding, has slipped from ninth to 13th rank in ‘ease of doing’ business ranking.

While India’s ease of doing business ranking (based on Mumbai and Delhi’s report cards) has noted a historic jump from 130 to 100th position, Karnataka too, is expecting a better rank owing to the various reforms it has taken. The state had previously identified ‘reducing various steps and online approval’ as the key reform to ease of doing business. According to DIPP’s SIA Index, Karnataka state currently accounts for the 44.4% of the total investments made in the country. For the past 17 years, the state has attracted $24.63 Bn FDI.

Taking note of the presence of some of the largest market players Google, Intel, and Microsoft, the government had earlier announced a series of initiatives for startups: Elevate 100, Proof of Concept grant initiatives, startup forums and grand challenges.

Bengaluru has been a centre of attraction for investors and startups all across the world. Besides the recent Business France India delegation at Bengaluru Tech Summit, a 60-membered French delegation under MEDEF (Movement of the Enterprises of France) had also come to meet the state officials to increase the level of engagements, as a precursor to French President Emmanuel Macron’s India visit. This year, besides France, Bengaluru has attracted a pool of business delegates from the US, Netherlands, Germany China, Macedonia and many other countries. An essential element of the startup ecosystem, a parameter, where Karnataka scores over other states, is that as many of the startups eye global markets, Bengaluru being the Valley of India does provide a gateway to the global market.