India Jumped 30 Spots In The Ease Of Doing Business Rankings 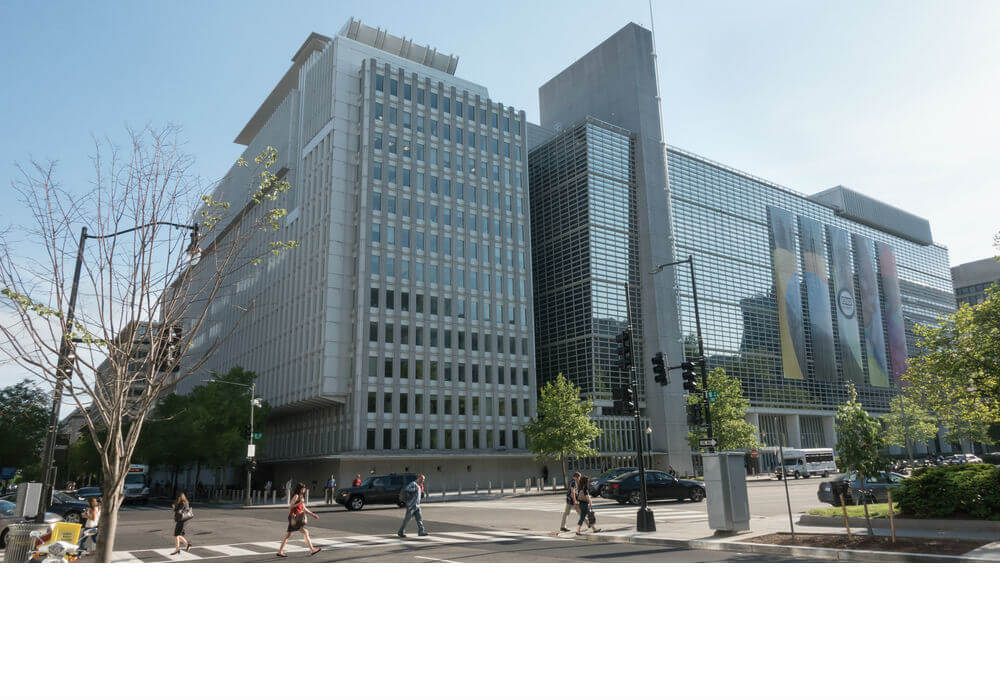 Making a historic progress, India has leaped over 30 positions in the recently released World Bank’s ease of doing business rankings report. The nation has made a significant mark as it has been ranked 100 among 190 countries due to the major reforms and policies introduced and implemented during PM Modi’s regime. 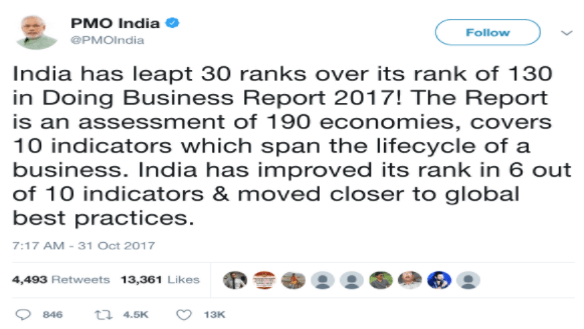 According to the official statistical “Doing Business” report by World Bank, India’s remarkable shift towards best practices is projected via the change in Distance to Frontier (DTF) column. While comparing major world economies on a scale of 1 to 100, 0 signifies the lowest performance and 100 representing the Frontier.

As the World Bank report suggests further, major economies were assessed and evaluated on 11 aspects including overall progress over the years. The benchmark is based on data from New Delhi and Mumbai till June 2017.

The crucial parameters on which the countries were assessed include starting a business, dealing with construction permits, getting electricity, registering property, getting credit, protecting minority investors, paying taxes, trading across borders, enforcing contracts, resolving insolvency along with labour market regulation improvement indications.

Speaking about the revolution India is presently witnessing, Rana Kapoor, MD & CEO, YES BANK, stated, “The incremental improvement is driven by construction of insolvency architecture, leveraging digitisation and legal framework for improving tax payments and credit availability, reducing time and cost overruns for construction permits and protection of minority investors. I am confident that GST’s incorporation in next year’s assessment will provide another significant leap in doing-business rankings for India.

As Asish Mohapatra, CEO and Co-founder, OfBusiness stated, “‘For startups and small enterprises, this has to be the most significant event dawning acchhe din. Unlike many other initiatives, we see the results on the ground. Not only are permits, licenses and related items much more transparent but there is a distinct change in the behavior of officials, and the later suggests that it’s here to stay!”.

The Modi government since taking charge in 2014 began prioritising on building effective strategy to initiate reform programmes, which could address the shortcomings measured by the indicators.

Due to the sincere endeavours of the Indian government, the nation has successfully positioned itself amongst the top ten economies. Earlier in July 2017, during the G20 Hamburg Summit too, the countries participating in the summit praised the Indian government for its efforts in the areas of startup funding, ease of doing business and labour reforms. At the G20 summit, the Modi government said that “it wants India to be ranked in the top-50 nations in terms of ease of doing business.”

All in all, PM Narendra Modi’s initiatives have raised the bar for the Indian startup ecosystem, globally. The recent positioning by World bank in global top 100 countries in terms of ease of doing business will certainly pave India’s path towards a new era of power.