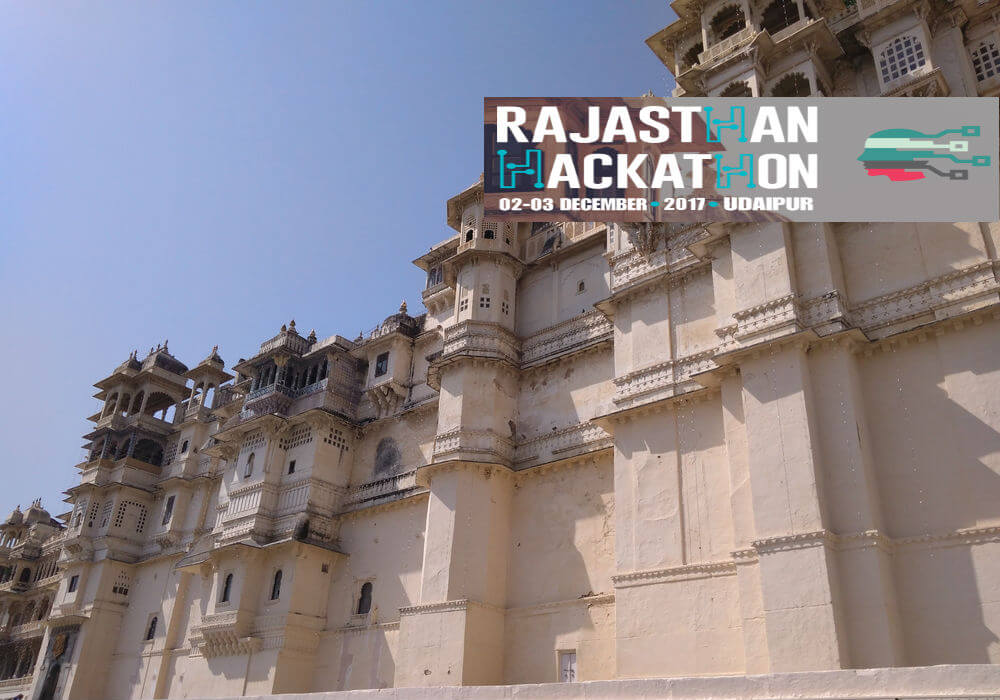 Ever since Narendra Modi government came into power, both the center and the states have been working in the direction to attain the vision of a ‘New India’. Be it education, payments, government processes or solving citizen-centric issues, the government at all levels has been trying to introduce technology to ease the day to day life of the masses. In line with these efforts, the Rajasthan government has announced its two-day mega event ‘Rajasthan Digifest’, including a 24-hour coding hackathon.

Hosted by Department of Information Technology and Communication (DoIT&C) of the Government of Rajasthan, the event, scheduled for 2nd and 3rd December aims to provide a platform to various individuals from the field of IT and e-governance to showcase their skills and innovation. The event will include workshops for startups and the launch of latest citizen-centric projects by the Government of Rajasthan.

The winners of the hackathon will get incubated by the Rajasthan government. As mentioned on its website, the top three winners will also earn a contract with Department of Information Technology & Communication, Government of Rajasthan worth $22.9K (INR 15 Lakhs), $15.3K (INR 10 Lakhs), and $11.4K (INR 7.5 Lakhs) respectively. Furthermore, there will also be track specific prizes where the participants will be nominated from 10 different categories. The winners of the track will thus get preferential access to Rajasthan Government’s startup programme iStart.

Rajasthan Hackathon: A Chance To Build Scalable Tech Solutions For The State Government

Rajasthan Hackathon is a 24-hour, multi-topic, innovation marathon for coders, developers, designers, inventors and all-around creators. The state hackathon event has been organised in partnership with Hasura, a platform for developers to build and host powerful applications, featuring instant backend APIs.

The focus of the hackathon is to identify individuals or teams who can develop scalable tech solutions and help the Rajasthan government in solving citizen-centric problems.

The main tech themes on which solutions can be built are AI, AR/VR, Blockchain, bioinformatics, and IoT. The participants will also get a chance to build tech solutions for Rajasthan’s government first initiatives such as Bhamashah and e-Mitra as well as applications to promote state tourism.

For instance, Bhamashah Scheme, initiated in 2008 by Smt Vasundhara Raje, was the first Direct Benefit Transfer programme in India. In this initiative, the bank accounts are made in the name of the lady of the house. Rajasthan is the only state in India to empower women by registering the bank account in her name. Bhamashah Yojana platform will let the

Hackathon participants work on technical adherences with third the party platforms. For instance, how does a linked bank account work within the Bhamashah ecosystem?

Also, for the e-mitra platform which offers over 290+ services such as bills payments, banking, application for driving license and more, the participants can showcase their technical approach towards solving these intricacies.

In recent years, India has become a hotspot for hackathons, with bigwigs like Microsoft, EY to startups like Paytm hunting and awarding top programmers through such events. A HackerEarth report released in September 2017 listed India, a nation that has held 105 hackathon events in last two years, as home to the second most hackathons in the world. US with 379 hackathon tops the chart.

Traditionally, hackathons were conducted exclusively in the IT sector majorly by the private organisations. However, in the last decade, firms in sectors as diverse as banking, food, climate, and health care as well as the Indian government has been seen experimenting with hackathons to address problem-solving and new ways of thinking.

In line with this, the Indian government is about to host the second edition of Smart India Hackathon in 2018, an initiative to identify new and disruptive digital technology innovations for solving the challenges faced by our country. Till date, 45+ union ministries and departments and 18 state governments have joined this initiative.

Also, in the past two years, multiple hackathons have been conducted by startup ecosystem stakeholders as well as government organisations to drive through issues with the government applications as well as initiatives. For instance, in January 2015, Khosla Labs in association with Nasscom conducted the first Aadhaar hackathon where, in a 24-hour marathon, participants developed 36 applications integrating Aadhaar in various domains such as healthcare, digital lockers, identity verification and more.

Later, in June 2015, The Unique Identification Authority of India (UIDAI), Khosla Labs, Nasscom and AngelPrime teamed up for a 48-hour coding marathon to create useful applications based on the Aadhaar platform.

Not only this, the same year Nasscom also hosted Smart City hackathon in Bengaluru aimed at improving transportation, crime prevention, and public safety through the use of technology. On the similar track, the Smartcity hackathons were also hosted at Rajkot, Hyderabad, Vijayawada, and more were also showcased. Further, ecommerce unicorn Flipkart also hosted gridlock hackathon to encourage techies to build smart solutions in order to meet city traffic woes.

The upcoming hackathon by the Rajasthan government will once again put to test the smartest minds in the country to bring new innovations to the table for the greater good of the citizens.

Last day to apply for participating in the hackathon is 19th November, Interested candidates can apply here.

Other Initiatives Taken By Rajasthan Govt. To Foster Entrepreneurship

Recently, in a bid to facilitate entrepreneurship and job creation in the state, the Government of Rajasthan launched a dedicated platform for startups called iStart. The objective of the programme is to assist anyone with an entrepreneurial aspiration to take their concepts and business to the next level – be it at idea/concept stage, MVP or early-growth stage startups.

The Rajasthan government is currently leading the charts to emerge as the number two state in the country in ease of doing business index after Uttarakhand, according to a World Bank report.

The Rajasthan government initiative to collaborate with new age techies in order to build tech solutions for the state is an initiative worth applause. Also, adding the award of a government contract for the hackathon winning individuals or teams will certainly boost the morale of the upcoming entrepreneurs, developers, and innovators. In all, it is a great move for both the individuals and the government, thereby getting the brightest minds to work with it.