As per Sebi Regulations 2012, category-I and II AIFs are not permitted to invest more than 25% of the investible funds in one company The Indian Private Equity and Venture Capital Association (IVCA) has recommended that the investment threshold of 25% in companies be increased. This was one of the 25 recommendations it made in a white paper submitted to the Department of Industrial Policy and Promotion (DIPP) on Tuesday.

According to the Securities and Exchange Board of India (Sebi) Regulations 2012 for the alternative investment fund (AIF) category, category-I and category-II AIFs are not permitted to invest more than 25% of the investible funds in a single company. The ceiling of a 25% investment was introduced to meet the requirement of diversification of risks of AIFs.

Category-I AIFs include venture capital funds, social venture funds, SME funds, infrastructure funds, and other funds as specified by Sebi. Category-II AIFs include private equity funds and debt funds for which no incentives or concessions are given by the government or any other regulator.

The white paper submitted by the IVCA also made a case for Sebi to allow venture capital funds to invest in companies registered as non-banking financial institutions (NBFCs).

The white paper, which discusses the issues and challenges faced by the startups and VCs of India, was jointly prepared by the IVCA and assurance, advisory, and tax services consulting firm PricewaterhouseCoopers (PwC), and was submitted to DIPP secretary Ramesh Abhishek. 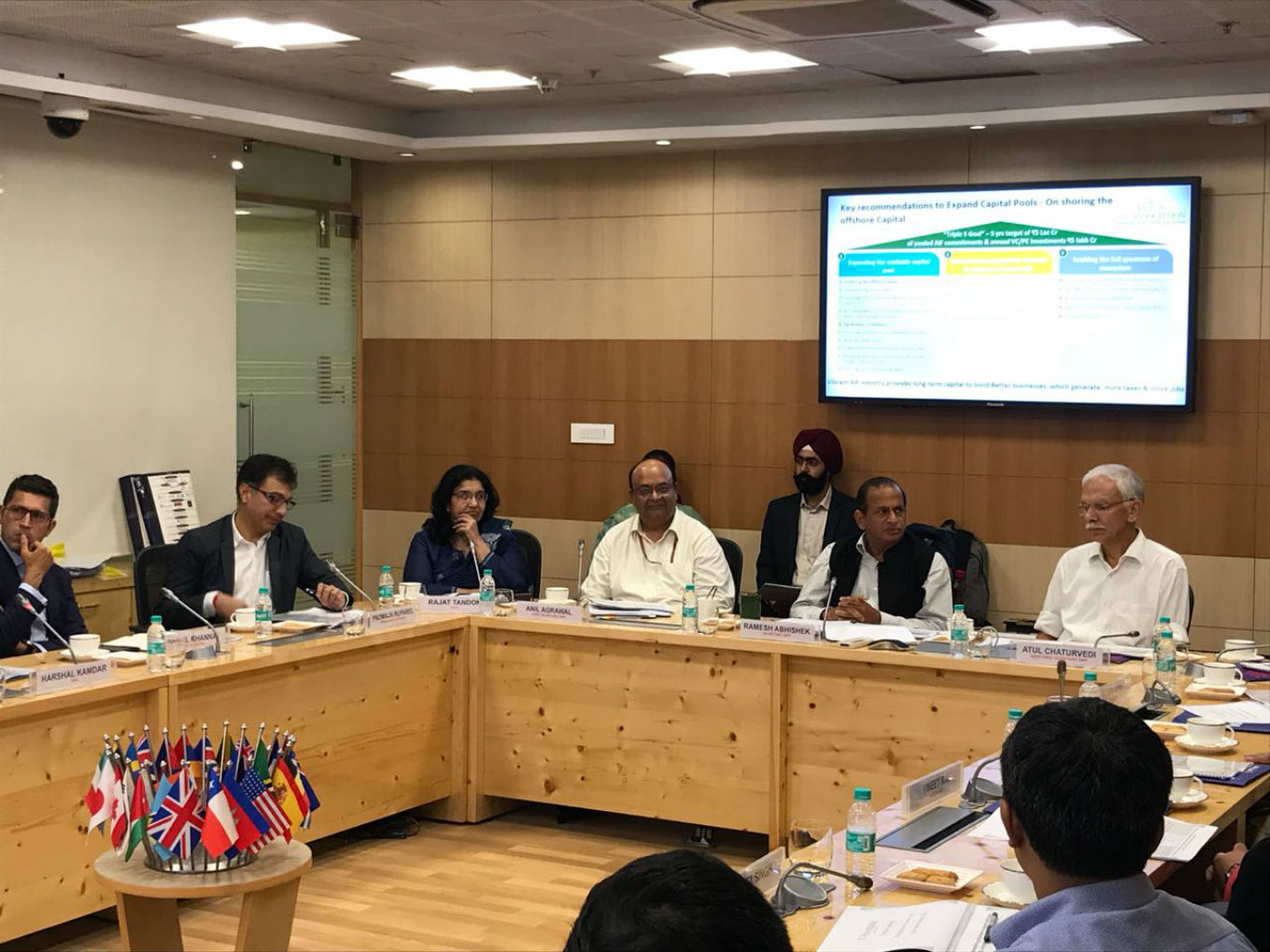 Inc42 earlier reported that Startup India, run by the government under the Ministry of Commerce and Industry, directed the country’s venture capital industry to work on a white paper containing policy recommendations for regulators.

The Growing VC Industry In India

[The development was reported by The Business Line.]

It said, DIPP secretary insisted that the recommendations, submitted by IVCA for regulatory changes, be considered by the Committee headed by Finance Secretary, including all the relevant departments and regulators.

The statement further said that SIDBI (small industries development bank of India) –principal financial institution for promotion, financing and development of the micro, small and medium enterprise –has been asked to commit $470 Mn (INR 3300 cr) by March 2019, and take a higher stake in the selected AIFs to make it possible.