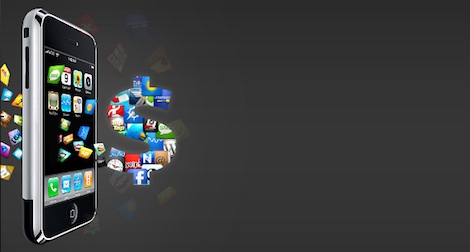 Mobile Advertising platform InMobi has reportedly raised $100 Mn from a consortium of lenders led by the US-based Tennenbaum Capital Partners, according to ET reports. The company has already received $60 Mn and $40 Mn of which will be deployed to cover its last year’s debt raised from Hercules Technology Growth Capital (HTGC), revealed ET sources directly involved in this proceeding.

On reaching out to InMobi, the company declined to comment on this fundraising. InMobi, in the past, has raised debt from Silicon Valley Bank, Triple Point Capital, HTGC and Tennenboum.

The company has been engaging in a number of strategic partnerships to enhance its audience base globally and compete with Google and Facebook in the $100 Bn global mobile advertising market.

As a part of this partnership, InMobi and TalkingData will work together to build audience segments for the next 24 months, wherein TalkingData will provide data that will aid with precise targeting, relevant audience personas, sharp geo-context targeting and affinity targeting for campaigns on InMobi’s mobile ad network. InMobi will share the performance data from these campaigns with TalkingData to help it improve segment features and definitions over the same period.

Earlier this month, InMobi partnered with Apus, which is a Chinese startup that customizes Android software, to gain access to Apus’s 200 Mn userbase worldwide. Apus aims to establish a larger footprint in India with this partnership.

Last month, InMobi launched Miip, its new product that uses analytics for understanding the mobile activities of users and offers them customized, content-rich and relevant ads.

The company claims that Miip is witnessing significant traction. “In India we have some of the biggest names already on board including Paytm, Amazon, Shopclues, Swiggy, Urban Ladder, Voxpop, Wooplr and more. This is in addition to several partners that were announced by InMobi in San Francisco on July 14, which included JustFab, Joyus, Rhymeo, Spotify, TheRealReal, and Vidzy. We are in beta testing mode with a few select clients in both India and the US at the moment. We are currently in a learning mode through various experiments and trying to understand what our users like the most,” Supriya Goswami, head of marketing – India and SE Asia, InMobi, told Inc42.

InMobi also recently partnered with Paytm in a multi-level partnership to boost its mcommerce ecosystem. With this collaboration, Paytm marketplace merchants will gain access to 120 Mn mobile internet users on InMobi’s Miip, and Paytm Wallet will be integrated into Miip. Miip will also power the digital store on the Paytm app.