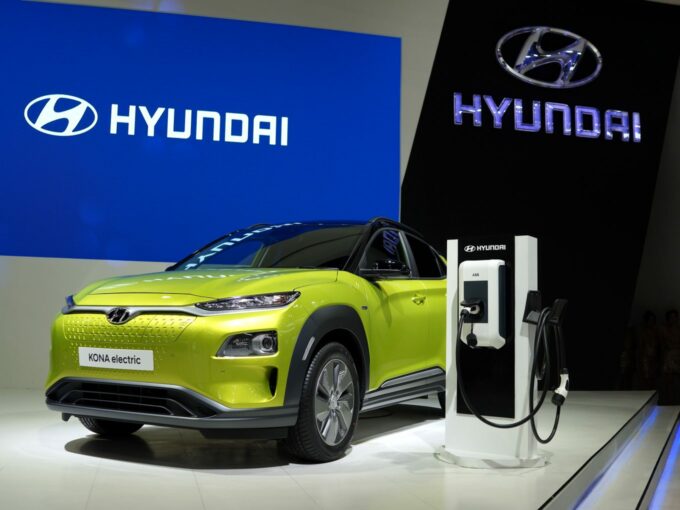 South Korean automobile giant Hyundai is looking at increasing the localisation plan for its electric vehicles (EVs) business in the Indian market. With this, the company intends to support the government’s Make in India plan for EVs and will back the proposal to increase customs duty on import of EV parts as per the Union Budget 2020.

Hyundai is looking at multiple partnerships to create a manufacturing ecosystem to ensure that EVs become mainstream and accessible. While announcing the Union Budget 2020, finance minister Nirmala Sitharaman proposed to increase basic customs duty on completely built units (CBUs) of EVs to 40% from the existing 25%, while the same on the import of semi knocked-down (SKD) form of electric passenger vehicles will be doubled to 30%.

“We understand the government’s direction of Make in India. We will look to localise more. We are already localising some plastic parts and some interior parts on the Kona,” SS Kim, managing director of Hyundai Motor India told ET.

“When the company launches more affordable mass-market EVs, it plans to localise as much content as it does for its conventional vehicles, which is over 90%,” he added.

Hyundai India has also been in talks with potential suppliers to increase localised content and global battery suppliers, including LG Chem, to discuss collaboration for battery cell procurement for the local market. “Even today in the morning I spent one hour with future potential partners in EV ecosystem,” Kim told ET in an interview earlier.

Customs duty on import of knocked down EVs has also been increased by five percentage points to 15%. The increase will be implemented in a step-wise manner to encourage a gradual shift to local procurement as part of the Phased Manufacturing Proposal.

With many experts claiming that masses are not yet ready to put their money into EVs due to lack of charging infrastructure, the company is also conducting customer research to find out how much customers would be willing to pay for its electric vehicles. The studies will look at gauging the optimum range and price points for the product.

In December 2019, Hyundai had announced to invest $17 Bn over the next six years on new technologies to speed the switchover to electric and autonomous vehicles. According to media reports, the company will spend around half of the investment to bolster the development of electric vehicles and around invest around $1.3 Bn in autonomous vehicle platforms.

Also, in July 2019, at the launch of Hyundai Kona, it had committed to investing $200 Mn (INR 1,400 Cr) to develop affordable electric vehicles for the Indian market over the next three years.

German luxury carmaker Audi has said that it will be bringing its e-Tron premium electric SUV later this year to India despite the hike in customs duty on import of electric vehicle parts. The company had said that while there would be limitations to some extent due to high import duties, there is also an advantage as there is only 5 % GST on EV and in some states like Delhi and Maharashtra, there is no registration tax.

The Tata Group is also gearing up to make electric cars and batteries, set up charging stations and build a battery recycling plant. Tata Motors, Tata Chemicals, Tata Power and Tata Croma, a chain of stores selling consumer electronics, are pooling resources and expertise to build an electric vehicle ecosystem.

Maruti Suzuki’s parent Suzuki has also set up a joint venture battery cell manufacturing facility in Gujarat. Additionally, the government is planning to extend financial support of INR 8,730 Cr for three years under phase II of Faster Adoption and Manufacturing of Hybrid and Electric Vehicles (FAME). The government will be largely focussing on the deployment of electric buses on the Indian roads.