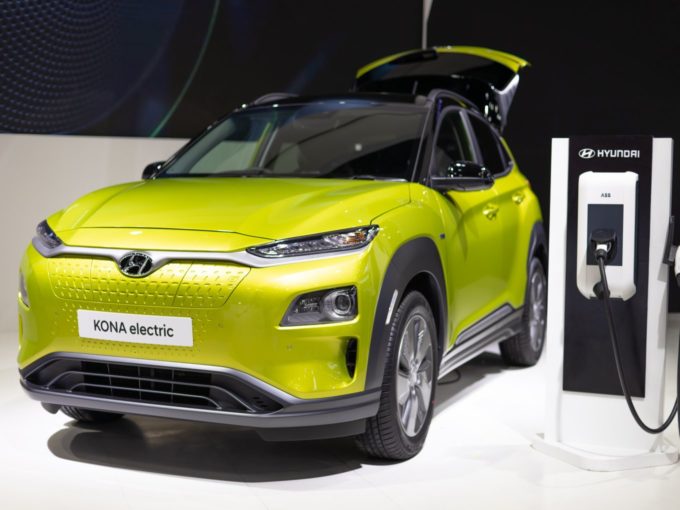 South Korean automobile company Hyundai is working on bringing a new mass-market electric vehicle (EV) to the Indian market within the 2-3 years. Hyundai had earlier announced to invest $17 Bn over the next six years on new technologies to speed the switchover to electric and autonomous vehicles.

“The company was able to increase its market share in India even in challenging times,” Tarun Garg, Director Sales and Marketing, HMIL was quoted as saying by Outlook India. Hyundai had said that the company would spend around half of $17 Bn to drive the development of electric vehicles.

“We feel that the market will rebound in the second half of 2020 with H1 sales being flattish,” Garg said on the first day of Auto Expo 2020.

Hyundai is also reportedly not planning to hike prices of electric model Kona as was speculated by the media after the budget proposal to increase customs duty on imported EVs.  According to Hyundai, creating lower-emissions, battery-powered vehicles could increase the company’s global market share by 5% in 2025, up from 4% in 2018.

EV Efforts From Many Corners

Tata Power will set up 650 charging stations in more than 20 major Indian cities over the next year. “All stations will support fast charging and will be linked to a mobile application, which has been developed with Tata Consultancy Services (TCS), for payments and to check the availability of chargers,” the company’s CEO Praveer Sinha said.

German luxury carmaker Audi has announced that it will be bringing its e-Tron premium electric SUV later this year to India. However, the auto giant is seeking clarity on some regulatory issues like battery disposal. Additionally, Maruti Suzuki India Ltd is expected to unveil the electric Wagon R, its first EV, in 2021.

Aiming for an EV transition by 2030, the central government has also taken several initiatives such as lowering of corporate taxes on the establishment of new EV manufacturing units, customs duty exemption on lithium-ion batteries, tax rebates on interest payments on loans, among others.

While announcing the Union Budget 2020, finance minister Nirmala Sitharaman proposed to increase basic customs duty on completely built units (CBUs) of EVs to 40% from the existing 25%, while the same on the import of semi knocked-down (SKD) form of electric passenger vehicles will be doubled to 30%. This was aimed at ensuring cheaper EV units are not imported to India.