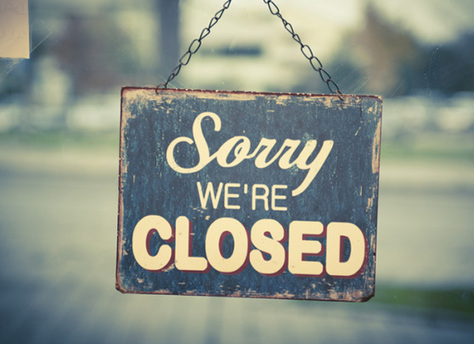 Bangalore-based food-tech startup Dazo has decided to shut down its operations. Previously known as Tapcibo, the company had rebranded itself as Dazo and has been running for a year now.

The company was India’s first curated food demand platform (mobile only). It used to aggregate meals from local partner restaurants and ensured the last-mile delivery to provide a hassle-free customer experience.

The company has decided to work on a new project. “As a team we’ve decided to move over this business and we’ll be working on a new product. I hope we were able to serve you well,” said Dazo’s CEO, Shashank Singhal.

The company had initially started off as an Internet-first kitchen and eventually pivoted to become an aggregator of selected restaurants.

The food delivery sector is a $2 Bn market growing at 30-40% annually. There has been a galore of startups that have entered the market. Around $ 125 Mn has been invested in the sector upto November, 2014 alone, according to Tracxn, a company which provides data on startups.

However, the rapid growth rate also indicates the fact that funded companies tend to indulge in cash burn to acquire customers without creating a product differentiation. For example, Dazo’s competitors included Tinyowl, Zomato and Swiggy; aggregators who have a considerably large no. of partner restaurants, hence service more orders.

Many players in the food-tech sector are facing problems as they grapple with scaling, cash crunch and productivity issues.  Recently, Tinyowl was in the news for firing over 180 employees from its Pune and Bangalore offices, citing cost-cutting as the reason. Last week, the Economic Times, had reported that Internet-first kitchen Spoonjoy, is scaling down its operations in Bangalore and had shut down operations in Delhi. Similarly, Foodpanda also gathered eyeballs, post a Mint report stating the startup is grappling with suspicious orders, lack of automation and over-dependence on excel sheets, which revealed the flaws in the company’s business management.