The 12 Founders Of Housing: Where Are They Now?

The 12 Founders Of Housing: Where Are They Now? 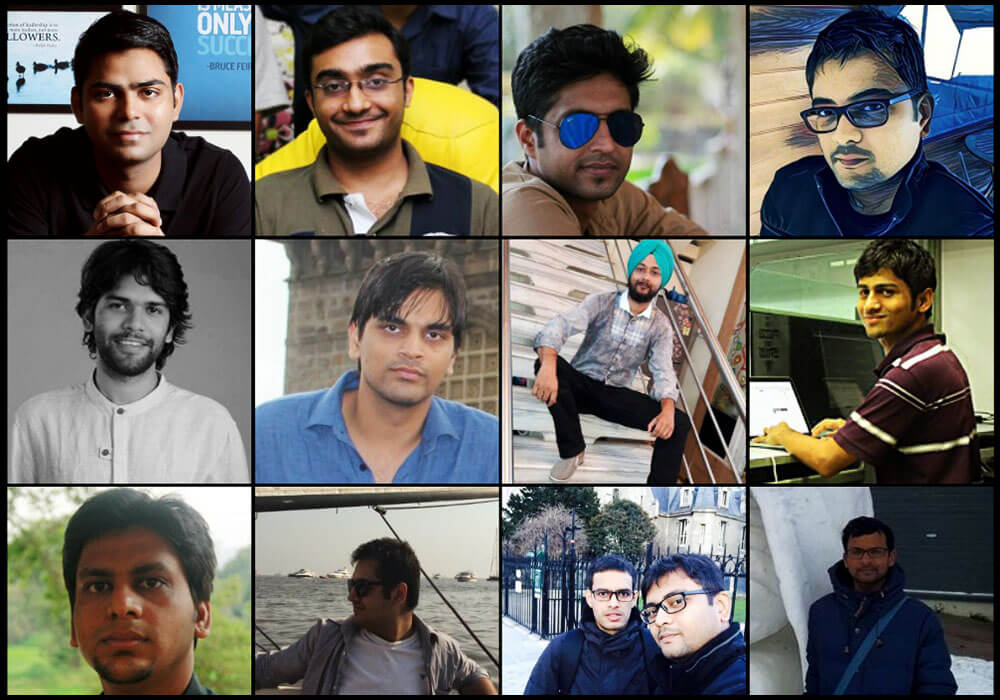 They came, they coded, they left.

The 12 co-founders of real estate portal Housing were young IIT Bombay students when they set up one of the spoken about startups in real estate and the ecosystem alike. A startup which was always in the news for its youthfulness, cutting edge technology, the unprecedented amount of funding it raised, the misadventures of its CEO Rahul Yadav, and its slow downfall from its once elevated status.

Though the startup aroused much interest on account of the sheer size of its founding team, surprisingly, the exodus from the founding team started as early as 2012 – its inception year. By 2014, the number had reduced by a quarter.

Ironically, in 2016, that number now is only a quarter with only three original co-founders still staying with the real estate portal.

Here’s a look at the 12 apostles of Housing and what they are doing now.

Saurabh Goyal: From Backend Developer At Housing To Founding Tinyowl To Selling It

Saurabh Goyal was the first of the 12 co-founders to move out of Housing as early as 2012. Saurabh, who was a backend developer, then joined the founding team of food ordering app TinyOwl in 2012, which included four other co-founders Harshvardhan Mandad, Gaurav Choudhary, Shikhar Paliwal, and Tanuj Khandelwal.

After raising significant funding to the tune of $25 Mn ($3 Mn from Sequoia Capital and Nexus Venture Partners in August 2014, $7.6 Mn in October 2015, and $15 Mn in Series B in February last year), TinyOwl went through mass layoffs last November and was finally acquired by Bengaluru-based hyperlocal startup, Roadrunnr in June this year. The combined entity rebranded itself as Runnr and has raised $7 Mn from Nexus Venture Partners and Blume Ventures in August this year.

Update: After publishing the article, Saurabh reached out to Inc42 and said that he has recently moved out of Runnr and is currently helping some of his startup fellows.

Vaibhav Tolia: From Being UI/UX Lead To Founding Leaf Technologies 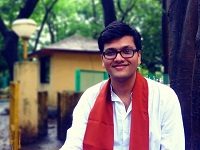 Vaibhav Tolia was the second co-founder to leave Housing in July 2013. Vaibhav told ET that he quit to complete his engineering degree. Tolia, who was Lead UI/UX Mobile at the realty portal, was responsible for the total performance and development of the mobile website. 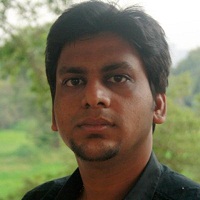 The third co-founder to quit Housing was Rishabh Agrawal, head of the marketing and creative team at the Mumbai-based startup. Post that, Rishabh joined S R Enterprises – a distributor of solar and renewable energy products privately held under the ownership of one Rajendra Palan.

Interestingly, Rishabh’s LinkedIn profile also shows him to be a part of Intelligent Interfaces – the data analytics started by Rahul Yadav, ex-CEO of Housing, who incidentally was the fourth person to leave the startup.

Rahul Yadav: From CEO To Data Analytics To. . . 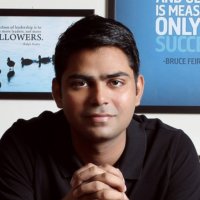 Rahul Yadav, the most famous and spoken about of all the co-founders of Housing, was the face of the portal or the CEO right from its rise till his infamous fall. Interestingly, he was the only co-founder who was fired from the startup due to his tussle with investors, partners, his antics such as pledging his shares to the employees, and his brash attitude towards media, in July 2015.

Post his ouster, he announced plans to set up his second venture called Intelligent Interfaces – a data analytics startup in September 2015. Yadav received investments from the hotshots of the startup world including Flipkart founders Sachin Bansal and Binny Bansal and cricketer Yuvraj Singh. However, the venture failed to take off, and Yadav himself admitted this in a Facebook post.

What will be his next venture is a mystery we are hoping will unfold soon. 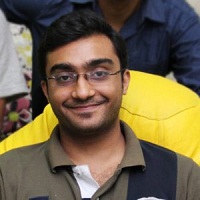 Advitiya Sharma’s resignation came in March 2016. He was CMO at Housing. During his exit, he wrote in a mail to employees, “the toughest phase in our history was the last 9 months.”

But a month later, he bounced back and launched an edtech startup GeniusTeacher to reimagine how education is delivered and consumed. Working on a hybrid model, the startup will be focussed on kindergarten to class eight students and will provide solutions to neighbourhood teachers to make learning more effective.

The startup has received VC interest as well. Investors have committed to invest $2 Mn-$3 Mn, but, for now, the team wants to focus on building the product. Advitiya has roped in two co-founders from Silicon Valley; one from Twitter and the other from an IoT startup. The startup is working with a team of five including the co-founders.

Current: Working on a startup in the human resource management sector

April 2016 saw the exit of three co-founders in a single go, one of whom was Abhishek Anand. Anand was CTO at Housing and was responsible for scaling the technology team of over 200 at Housing and led its Data Science Labs (DSL) division.

He left with fellow co-founders Ravish Naresh and Sanat Ghosh to start their new venture – a product startup in the human resource management sector. The trio planned to move to Bengaluru and bootstrap in the coming months until they build the product. The three plan to make use of semantic search, machine learning, and big data for the same.

Sanat Ghosh who was AVP, Product at Housing told ET that the idea is to leverage technology to bring the process of ‘recruiting’ completely online, whereby candidates and companies can discover, communicate and engage with each during the entire recruiting process.

The third co-founder Ravish, was heading the Indian Real Estate Forum, which was acquired by Housing in March 2015 for about INR 8 Cr. As per the terms of the deal, IREF was stipulated to function as an independent identity under the charge of Ravish while founder Rohini Dutt exited the company. Ravish also scaled Housing’s on-ground data collection model to top 20 cities and built the sales teams.

Abhimanyu Dhamija: The 13th Founder That Was 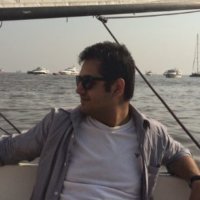 Abhimanyu Dhamija joined as a co-founder a few months after the Housing.com was founded, in March 2013 – he was technically not part of the twelve co-founders who started up. He headed the data sciences lab at Housing and had a brief stint with Citigroup before joining Housing. He, however, quit in August 2014 and started his own online beauty startup Amber Wellness, co-founded with fellow IITian Saurabh Goel in March 2015. The startup shut operations in May this year.

Currently Dhamija is working on amberstudent.com, a cross-border accommodation booking platform for students. It helps international students book perfect housing without the need of a local credit score and offline payments. As of now, it is live in six cities of US and London.

Similarly, another Housing top executive, former CEO Rishabh Gupta has launched his own subscription-based groceries startup called The Box, along with Vaibhav Chhimpa, a former product manager at Housing. Rishabh was the interim CEO at Housing after Rahul was fired and was replaced by current CEO Jason Kothari. 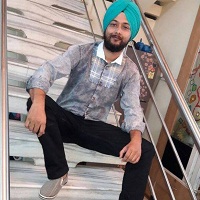 Current: In an emailed response after publishing this article, Saluja reached out to Inc42 about his current venture. He said, “I left Housing three months back. Currently, I am building an electric bicycle wheel for European and Indian Market. Also, I am involved in a VR production house Elysian studio. (sic) As a co-founder in both the companies.”

He further elaborated, “Our wheel once replaced by the rear wheel of any normal cycle, will convert it into an electric one. The wheel senses torque from your pedal and senses your inclination in order to support you on tough cycling paths. Useful for elderly people and those who want to go to office without sweating.”

This means that holding the fort still at Housing are the three remaining co-founders- Amrit Raj, Snehil Buxy, and Neeraj Bhunwal.

Amrit is the Head of Digital Marketing at the portal. Snehil meanwhile was appointed as the Chief Product Officer in January this year. He has been leading the company’s front-end team besides overseeing different aspects of the business.

Jason Kothari, CEO, Housing.com said on Snehil’s appointment, “Being one of the co-founders and a creator of the original Housing.com product, Snehil allows us to go back to our roots. With Snehil, comes a deep understanding of the real estate market.”

Neeraj Bhunwal is the DevOps lead at Housing. He is known to be an open source enthusiast at the portal.

From keeping the flag flying at Housing to spawning new ventures in IoT, foodtech, edtech, ecommerce, HR, and data analytics, the 12 techies of Housing have kept their entrepreneurial fires going!

The question is – will any of these new ventures be as spectacular as Housing?