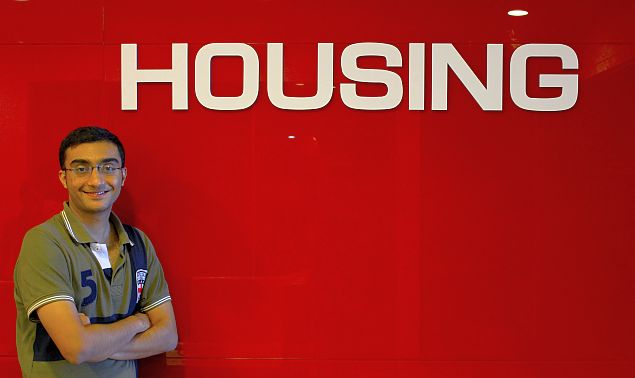 Housing.com has always been at the eye of controversial hurricanes. This time its co-founder Advitiya Sharma has resigned from the firm, nine months after its maverick founder and CEO Rahul Yadav had to quit.

Advitiya has confirmed to Inc42 that he has quit from the company.

In a mail to his employees, he has said that, “We had to shut down few departments, and rethink our vision. It meant letting go of many people we had worked with, been friends with.”

He also says that “the toughest phase in our history was the last 9 months.”

Here is a snapshot of the mail he sent to employees:

If Rahul’s exit was a result of a roller coaster ride of ups and downs, Advitiya is leaving the real estate startup to start his own venture, tells sources close to the development. Advitiya is expected to launch his new venture next month.

Of the 9 cofounders, now 5 of them have gone out of the company, which saw a tumultuous year including Rahul’s public spat with venture capital firm Sequoia. Housing sprung into the limelight after a $90 Mn funding round from Japan’s investor behemoth SoftBank in late 2014.

“Advitiya has played an invaluable role in the birth of Housing. It’s always hard to say bye to a friend and colleague, but we’re excited about what he will create next. The Company is successfully executing its plan to become the most trusted, transparent and efficient place for buying and selling homes in the country, and Advitiya can be rest assured that Housing is in good hands,” says Jason Kothari, CEO, Housing.

The company was always marred by controversies one after the other. Rahul was criticised widely by the startup community for his alleged media manipulation, heavy marketing spends and for his outspoken way of conducting business.

Housing competes in a crowded red ocean with players like CommonFloor (Acquired by Quikr), MagicBricks and 99 acres.