Netflix is expected to close the year with 4.6 Mn paid subscribers in India 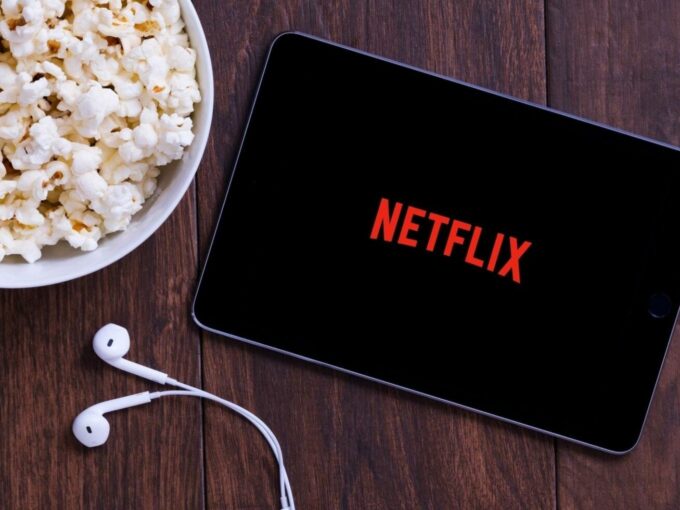 The over-the-top (OTT) video streaming segment in India has never seen a more fierce fight for eyeballs as it did in 2020. The pandemic and the resultant lockdown forced viewers to turn to OTT platforms for content as popular soap operas stopped shooting and Bollywood like other Indian film industries stopped releasing films.

An analysis released by Media Partners Asia has revealed that Netflix is likely to beat competitors in India with 4.6 Mn paid subscribers.

What may have tipped the scale in Netflix’s favour in India can be attributed to the company’s cheaper plans, free access to viewers over the weekend and its news Hindi interface.

The Jio Factor In Netflix’s Growth

One of the crucial contributors to Netflix’s increase in viewership has been its partnership with Reliance Jio. In September, Netflix India partnered with Jio, to offer a free mobile-only subscription to post-paid subscribers at plans starting INR 399 and above. Subscribers are offered an option to upgrade to traditional plans. Netflix is also hard-bundled with Jio’s fixed broadband service with free access to subscribers opting for data plans starting INR 1,499 and above. 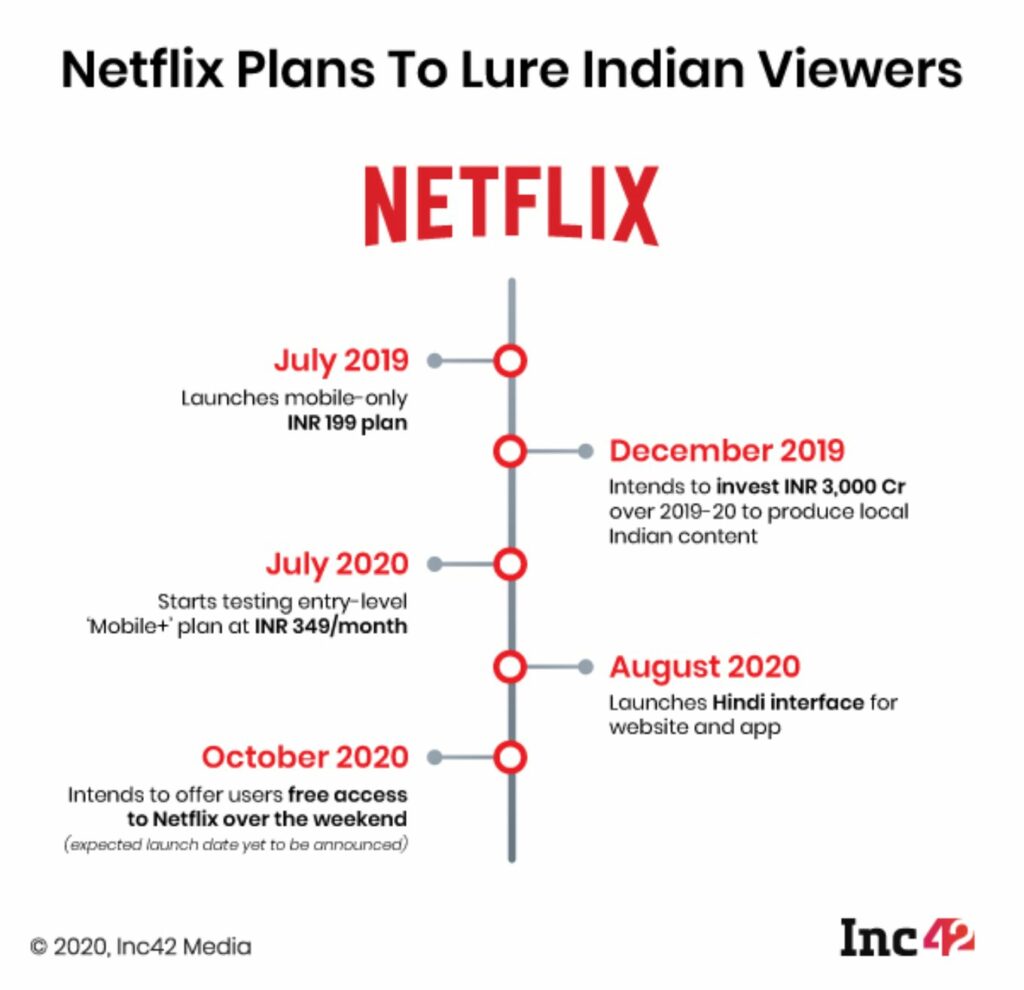 In order to bring more users, the online streaming giant had also offered free access to some of the shows and movies on its platform. These include ‘Stranger Things’, ‘Murder Mystery’, ‘Élite’, ‘Boss Baby: Back in Business’, ‘Bird Box’, ‘When They See Us’, ‘Love Is Blind’, ‘The Two Popes’, ‘Our Planet’ and ‘Grace and Frankie’.

Netflix also made the first episode of the newly launched series Bard of Blood available for free non-member viewing on Android devices.

The report said that Netflix services are expected to command more than 25 Mn subscribers in the Asia Pacific region by the end of 2020. India could comprise up to 9% of the platform’s global revenue share in Q3 2020.

Greg Peters, COO and chief product officer at Netflix earlier this month said, “We think that giving everyone in a country access to Netflix for free for a weekend could be a great way to expose a bunch of new people to the amazing stories that we have, the service and how it works … and hopefully get a bunch of those folks to sign up,” he said during the earnings call. As of now, no dates for the launch of the feature have been announced by the company.”

Inc42 had earlier reported that Netflix was testing an INR 349/month Mobile+ plan for Indian users. Subscribers to the plan would be able to watch high definition (HD) content on the platform, on a single device at a time.

Also,  Netflix recently launched a Hindi interface for its website and mobile app and it is also offering discounts to users who choose to renew their subscription for 12 months.

According to a JustWatch report, the competition between Netflix and Prime Video in India is fierce, as both of them have the same market share (20%). Disney+ Hotstar has reached the third position in the market with a 16% market share. While Sony Liv grew by 25% of its market share in Q2, Jio Cinema and Zee5 lost 14% and 11% of their Q2 market shares.

Netflix is also focusing on local content as it plans to source content in Hindi and other Indian languages as well, through partnerships with Indian production houses such as Reliance Entertainment-owned Viacom18. Recently, the company partnered with Reliance’s digital venture Jio Platforms where the latter offers a complimentary subscription to Netflix, Amazon Prime and Disney+ Hotstar with its PostPaid Plus plans.

Taking advantage of the closure of theatres during the pandemic, the OTT platforms have grown leaps and bounds in this period. Recently, Warner Media announced to discontinue HBO in India due to the rising domination of OTT platforms. 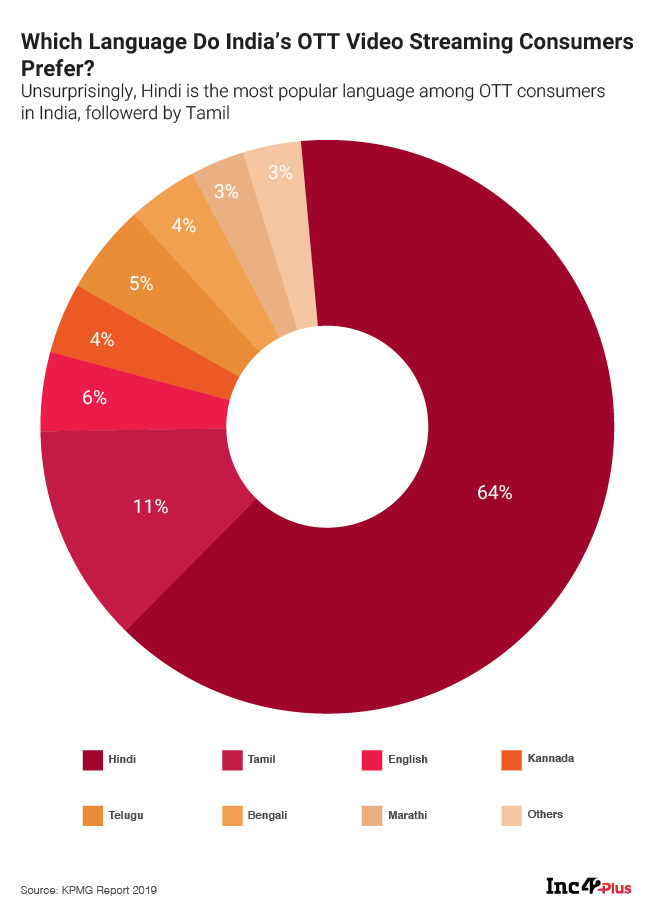 Inc42 had earlier reported that of the 60.5 global subscribers for Disney+ Hotstar, 15% or around 9 Mn subscribers are from India.