Indian content is gaining popularity around the world: Netflix 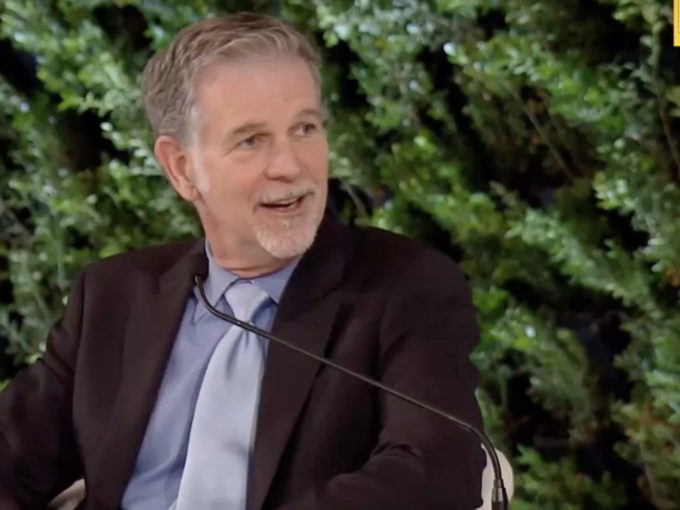 Netflix’s founder and CEO Reed Hastings, on Friday, announced that the over-the-top video streaming platform will invest INR 3000 Cr on producing original content in India. It is being speculated that this announcement was a result of Netflix failing to meet its new subscriber acquisition target in 2019.

Speaking on the sidelines of the 17th Hindustan Times Leadership Summit, Hastings said that Netflix India content during the second quarter of 2019 wasn’t strong and that’s why it failed to attract new users to the platform.

On how the newly announced investment will be leveraged by the company, Hastings said that Netflix will focus more on creating India-focused content for the platform. “While our one eye will be on local and authentic content, we will also keep our focus on what can be shared around the world,” he added.

Besides creating India-based original content, Netflix also plans to expand its Mumbai team, which currently has around 100 employees.

While Netflix has around 160 Mn subscribers globally, Hastings refused to give out the total number of users in the country during the event and said that it is the early days of Netflix in India. Notably, the video streaming platform was launched in India in 2016.

Though the costs of a cable television subscription in India stands comparatively low — $3 to $5 — as compared to the US market, where it is priced at around $75, Hastings said the market in India is very large and that’s why Netflix has introduced its highly competitive INR 199 plan.

In India, Netflix competes majorly with the likes of Hotstar, Amazon Prime, among others. On how Netflix is competing with these platforms, Hastings said that content is the key here. “If we have amazing content from around the world, people are willing to pay for that,” he added.

Moreover, the Netflix founder revealed that its animation web series Little Bheem was viewed by 27 Mn households outside the country. “Sacred Games travelled though the world which shows that Indian ideas and characters are spreading around the world,” said Hastings.

Hastings further said that the third season of the rom-com Little Things, which debuted on November 9, is the most trending show over this week. “Delhi Crimes and Sacred Games have been the most web series in India, which shows that India loves drama,” he added.