At the upper price band, the offer attracted bids worth INR 1.12 Lakh Cr

Going by the grey market premium of the startup’s shares, investors may witness nearly two-fold returns on the listing day 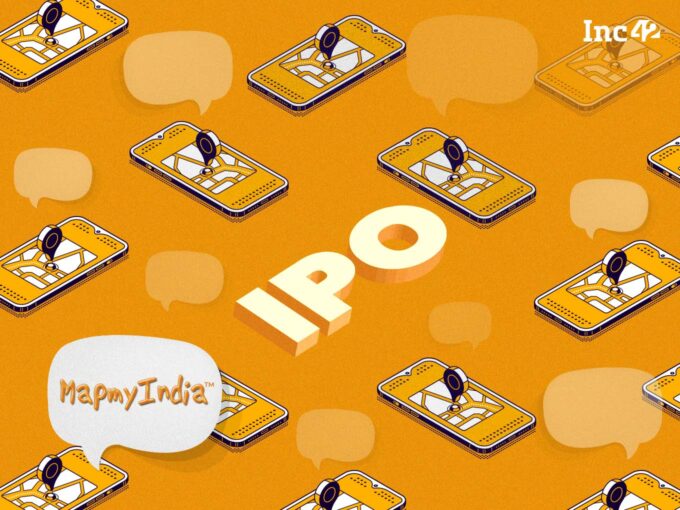 As per the grey market premium of the startup’s shares, investors may witness nearly two-fold returns on the listing day.

MapmyIndia’s profitability has been a major factor for the robust investor interest.

Manan Doshi, cofounder, Unlisted Arena said, “Market is enthusiastic about new-age companies which are making profits and MapmyIndia fulfills both the criteria.”

Further, the lack of competition in the digital mapping segment in India and growth prospects also augur well for the company.

“All the upcoming startups in the delivery space and other tech companies will be using mapping technologies and lack of competition presents a large market for MapmyIndia,” he said.

The major selling shareholders of this IPO included promoter Rashmi Verma, who offloaded up to 4,251,044 shares. US-based technology major Qualcomm sold up to 2,701,407 shares and Zenrin offloaded up to 1,369,961 shares.

The year 2021 has been a roller coaster year for the Indian startup economy with a long list of startups getting listed or announcing plans to get listed.

Lifestyle ecommerce giant Nykaa witnessed a bumper listing with a 79% premium last month. Insurtech unicorn Policybazaar got listed with a premium of 17%.

However, Paytm and Fino Payments Bank were listed at a discount of 9% and 5% respectively.

Traveltech startup RateGain which will be listed on the stock exchanges on Friday (December 16th, 2021), was subscribed 17.41 times.