Has Sequoia Backed GoodService Shut Down Its Operations?

Has Sequoia Backed GoodService Shut Down Its Operations?

Delhi-based chat based concierge startup GoodService seems to have shut down its operations. The app is not working for existing users and moreover, apps from Play store and Apple store have also been removed. Also, there has been no social media update on its Facebook page since 8th May. 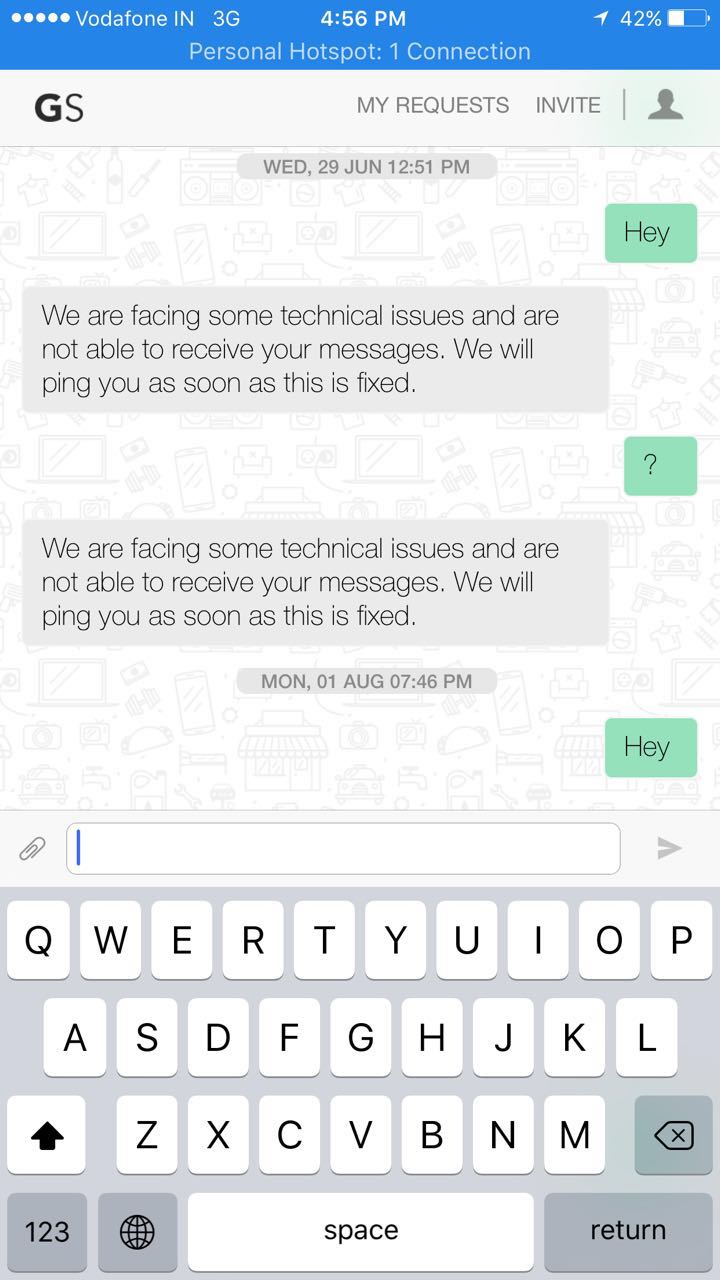 Mails sent to GoodService founder Vipul Aggarwal, remain unanswered. However, in response to a query sent last month, about non-availability of service and the disappearance of the apps from the App stores he said, “Thanks for reaching out. This should be resolved in a couple of days. The delivery services that we use have some capacity issues – so we didn’t want to get new users who we couldn’t serve. For existing users, non-delivery requests work just fine.”

On the other hand, while surfing through GoodService website, we found that it is redirecting users from its website to UrbanClap and there is a message on the website which mentions that services are verified by UrbanClap.

Therefore, we reached out to UrbanClap founder, Abhiraj Bhal to know more details on this. He denied the possibility of a possible acquisition/partnership on cards between the two. He further added, “UrbanClap is the front-runner in its segment. We are 10-15% ahead on the second-best player. Given our services it is possible that other startups may piggy-back on our services.”

GoodService app acts like a personal assistant, which offers users services like, cooking classes, educational classes, health and beauty services, etc. via chat. It was founded in 2014 by Vipul Aggarwal, a Stanford Graduate and Ruchir Jain, an IIM-Ahmedabad Alumnus. Last year in June, GoodService raised $1.6 Mn in a funding round led by Sequoia Capital.

GoodService directly competes with Bangalore-based Dunzo which has raised $650K in Pre-Series A round of funding led by Aspada Investment Advisors and Blume Ventures. Rajan Anandan and Sandipan Chattopadhyay also participated in this round. Other players in the hyperlocal space include Taskbok, Housejoy, Qyk.

Another concierge service startup, JoeHukum, recasted its business model to focus more on B2B operations for better monetisation. The startup is looking at a more viable business model in business customers as opposed to retail customers.

Also, about 25% of startups in hyperlocal market shut down in the first half of 2016. Out of the remaining 10% have either merged or got acquired by bigger players in the market. In May 2016, personal chat assistant platform Helpchat fired close to 100 employees after it had shut the chat-wing of the business. In July 2016, NowFloats, a Hyderabad-based enabler of SME’s online presence, acquired chat-commerce platform LookUp in a cash and stock deal. In April 2016, another chat-based personal assistant startup, Haptik had raised an undisclosed amount in its Series B funding from Times Internet.

The story is developing, stay tuned for more updates.