Funding Galore: Startup Fundings Of The Week [11May – 16May]

Funding Galore: Startup Fundings Of The Week [11May – 16May] 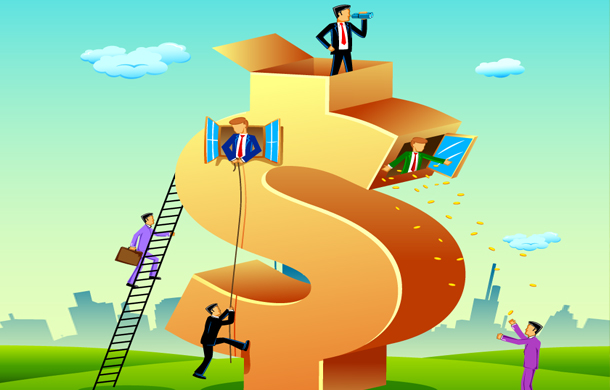 With the growing traction and activities in Paytm, the mobile payment services firm is moving on the rolls of development. This time Paytm obtained its boards’ nod to raise $375 Mn. Post this round of funding, Paytm will be placed amongst the most valued startups in the Indian ecommerce space, next to online retailers Flipkart and Snapdeal and cab aggregator OlaCabs.

India’s largest ecommerce player, Flipkart has begun preparations to close its funding round of $550 Mn at a valuation of nearly $16 Bn. The funding is planned to be closed before the month-end with Tiger Global is leading the round with $100 Mn.

This week 12 startups raised approximately $12 Mn in funding altogether. (Calculations are based on startups that disclosed their funding amount.)

IndianRoots.com: NDTV’s ethnic ecommerce venture, IndianRoots secured $5 Mn in Series B funding round led by  KJS Group valuating the company at $85 Mn. The fresh funding will be used to scale up the logistics and delivery mechanisms, expand its marketing activity with the aim to be the market leader in Indian fashion in the coming year.

Zapstitch: Bangalore-based enterprise startup raised $2 Mn (about INR 12.4 Cr) in pre Series A funding from Helion and existing investor Orios Venture Partners. The startup plans to infuse the funds to expand its offerings in the product line which are designed for data migration, data quality, and data validation.

Workhorse: An app-based, on demand service startup raised an undisclosed amount from a group of High Net Worth Individuals in Mumbai and Delhi. The company is also in talks to raise its next round to grow its presence in coming months.

Innovaccer: Data analytics startup raised an undisclosed amount of seed funding led by Google’s Vice President for South East Asia, Rajan Anandan and other investors. Earlier, bootstrapped with a capital of INR 20 lakh, Innovaccer is a data analytics firm that simplifies access to structured data and analytics through implementations of machine learning and Big Data Technology.

Returntruck.com: Ahmedabad-based Entrepreneurship Development Institute of India (EDI) also invested $3.8K in Nitin Gupta’s launched Returntruck.com. The aggregator allows companies to book such trucks at a 20% discount. Gupta aspires to be the ‘Ola’ for trucks.

RedPolka: Online fashion curator raised an angel round of about $250K (INR 1.6 Cr) from a group of five investors. The startup also has a podium for SME brands to help them create a framework for building brands and shopper marketing needs driving more transactions for them.

Also, Paypal’s founder Peter Thiel has announced his plans to invest in Mumbai-based startup Citrus Pay. Theil plans to invest around $3Mn in his personal capacity in a $25 Mn round along with Sequoia Capital and other existing investors.

Along with the various fundings, the acquisitions  that took place this week are: