Flipkart Will Hold A 5-Day Big Billion Day Sale From September 20-24th, Dates For Amazon And Paytm Are Yet To Be Announced 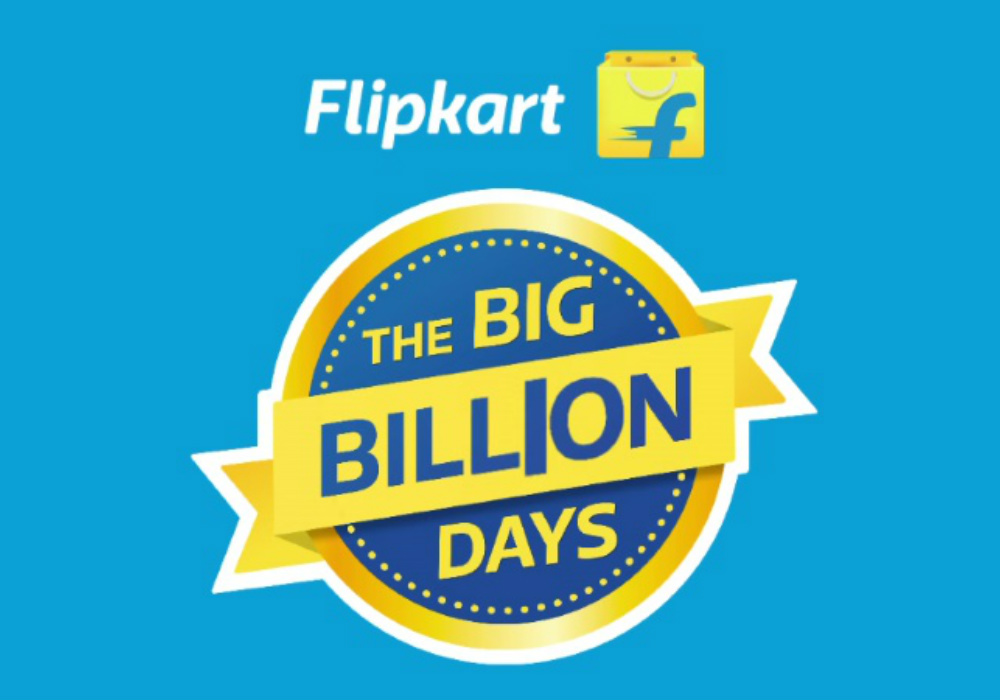 The festive season in the India – typically beginning in October and ending in late November is arriving early this year. To capitalise on the increasing demand, the ecommerce firm Flipkart has decided to hold its Flipkart Sale – Big Billion Day from September 20 to September 24. The dates for other sale events of other players like Amazon, Paytm, Snapdeal, etc. are yet to be finalised.

This will be the 4th edition of the Big Billion Day this year. Apart from deals and offers, this time users will have access to unique and exclusive selection across 80+ categories. This comes on the back of Flipkart’s exclusive partnerships with several brands both local and foreign.

Announcing the dates, Kalyan Krishnamurthy, CEO, Flipkart said, “Our focus this year is to ensure a high uniqueness quotient to our selection across categories. We’re fully prepared to process a billion wishes in time through India’s biggest event of the year. This is all an extension of what Flipkart has done since it started a decade ago when it created the ecommerce market in India and helped millions from small towns and villages benefit by shopping online.”

Apart from the usual to boost sales, Flipkart stated that for the first time the company will offer consumers the option to choose EMIs on debit cards across top banks in the country. The company in an official statement said that the Flipkart Sale – Big Billion Day will offer up to 90% off on products across all categories. Categories such as Fashion and Large Appliances have also been revamped to offer consumers an enhanced selection, more engaging customer interface, and a reliable, speedy delivery and installation service.

The company recently armed its books of accounts with a massive $2.2 Bn round of funding from SoftBank’s VisionFund in August. The investment was a part of the earlier $1.4 Bn round from Tencent, eBay and Microsoft. The investment in April 2017 was done at a post-transaction valuation of $11.6 Bn.

In its 10th year of operation, Flipkart has managed to list over 80 Mn products across 80+ categories including Smartphones, Books, Media, Consumer Electronics, Furniture, Fashion and Lifestyle. The company claims to have about 100K registered sellers.

Flipkart’s arch nemesis, Amazon India is also expected to hold its Great India Sale around the same dates to avert competition. Apart from the Great India Sale, Amazon in an attempt to squeeze the maximum out of sales during the festive season is also planning to foray into the country’s burgeoning online food retail industry this Diwali. The move will be orchestrated by subsidiary entity Amazon Retail India. Amazon has been looking to enter the food retail business for quite some time now. In July 2017, the ecommerce giant’s proposal to invest $500 Mn in offline and online food retailing was finally approved by the DIPP.

Last year in October, ecommerce biggies – Flipkart, Amazon, Snapdeal– doubled down on their efforts to gain the best out of the sales season. Flipkart claimed to have sold over half a million products within one hour of opening the sale.This year Flipkart is banking on its private labels Billion (consumer products like cookware, etc.), fashion label – Metronaut for men and Divastri for women, and Smart Buy (electronics). A query sent to Flipkart about this year’s targets awaited response till the time of publication.

Flipkart generated gross sales of close to $500 Mn during the five-day Big Billion Day sale event in October 2016. The festive season sales in India which ran in the last week of October, right before Diwali saw $2.2 Bn in sales, as per a Mint report.

The Festive Season proves to be a litmus test for all the ecommerce ventures, to ascertain their year-round performance and makeup all the losses, through high volumes of sale, that they may have incurred during the year. 2017 has already witnessed a host of offers due to the introduction of GST before July 2017. While Flipkart held the sale events citing 10th Anniversary Sale, Amazon tried to entice its users through its first Prime Day Sale in India. Other ecommerce channels also announced pre-GST sales to get rid of the stock before the levy of GST.

The dates for Amazon Sale – Great India Sale have not been announced yet, but based on past record, the US-based ecommerce giant is most likely to hold the sale at the same time as Flipkart Sale – Big Billion Day. While Snapdeal is out of the race as it struggles to redeem the business with Snapdeal 2.0, another player has emerged in the race – Paytm. In May 2017, Paytm also raised $1.4 Bn funds from SoftBank Group. The SoftBank and Alibaba backed company recently decluttered its seller base and modified policies for a better customer experience. Towards the end of August, it was reported that Paytm was gearing up to fuel $35 Mn into its logistics network. The investment will go towards bolstering the core technology and infrastructure of the ecommerce platform to provide same day and next day deliveries.

The soon-approaching festive season sale will definitely be a test of mettle for Amazon’s Great India Sale and Flipkart Sale – Big Billion Day. With Paytm in the mix, the fight for the ecommerce crown will ultimately be between these three players, Amazon, Flipkart, and Paytm.