After Nearby Failure In 2016, Flipkart Is Giving The Model Another Shot, This time With Right Unit Economics 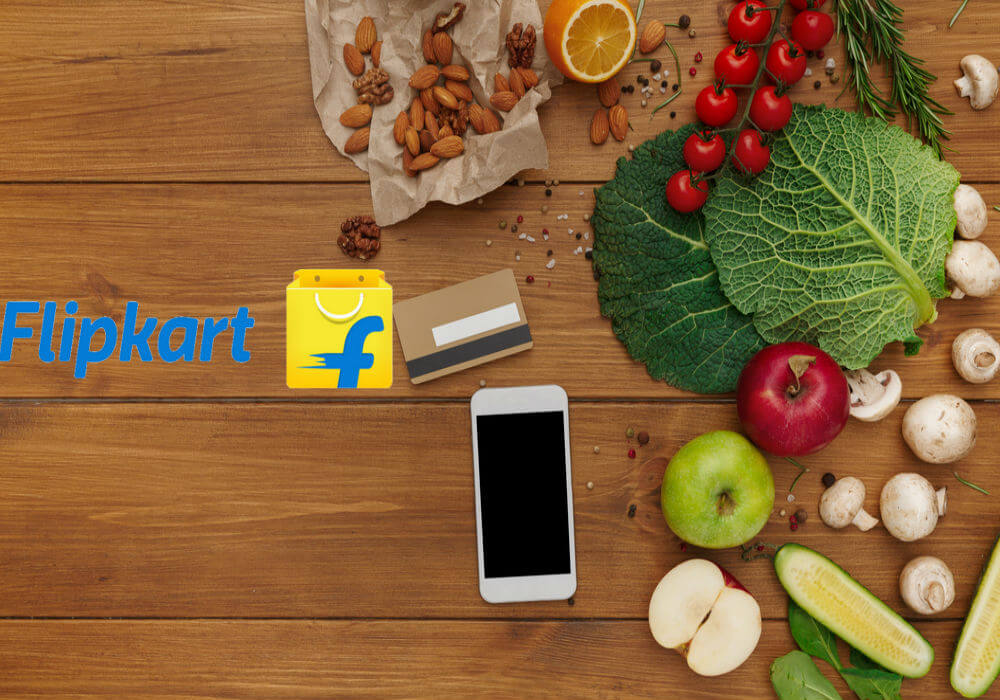 As news of Amazon India delaying its entry in the food retail circled the ecosystem, Flipkart has taken yet another step to bolster its presence in the online grocery segment. The ecommerce unicorn has made a soft launch of its online groceries category under, Supermart in Bengaluru.

For now, the category has been rolled out for its employees only. Accessible via Flipkart app, Flipkart grocery marketplace requires a minimum order amount of $7.72 (INR 500) and will do free delivery for orders above $15.45 (INR 1000).

“We have done a soft launch for grocery categories at Flipkart. Currently, it is available to select customers in Bengaluru. In line with our aim of transforming ecommerce in the country through technology, we want to make shopping for everyday essentials convenient for our customers, we intend to scale it up to all customers in Bengaluru and take it to other cities in future,“ a Flipkart spokesperson told ET.

As per reports, Flipkart is building a dedicated supply chain for its grocery category under Supermart. To further lure the consumers, the company is experimenting with options such as ‘open-box delivery’ to verify products before acceptance and ‘doorstep returns’ if the customer faces any issue with the product.

Flipkart’s Entry Into Online Groceries Category: What The Ecommerce Unicorn Is Counting On?

This is Flipkart’s second attempt into the online grocery segment, after the shutdown of ‘Nearby’ in 2016. While in 2016 Flipkart was struggling with lack of funds and leadership changes, the situation has completely been reversed now.

Under the leadership of CEO Kalyan Krishnamurthy, Flipkart has already launched several other private labels in both men and women fashion as well as in other verticals such as electronics and more. With SoftBank joining its investor bandwagon, the Flipkart war chest is now almost equivalent to its arch rivals, Amazon and Alibaba-backed Paytm.

Also, Bengaluru-based Flipkart is in talks with several players in the hyperlocal delivery segment, thus trying to succeed in this low margin business model with faster and quality deliveries.

While 2015 was a good year for online grocery segment, 2016 declared it as a distressed sector, lacking business models with positive unit economics. Not only companies like Peppertap, Local Banya, Ola Store, Nearby had to shut shop, but Grofers had to scale back as well.

Slammed with several ‘me-too’ startups, the sector soon lost its attraction for investors, with even the top players like Bigbasket and Grofers were left to struggle. However, with the entry of biggies like Flipkart, Amazon, and Paytm recently, the online grocery segment has again become a lucrative sector for a while. Even Quikr is pulling up its strings to roll out  on-demand grocery services.

In the aftermath of shutdowns that rocked the country’s online grocery sector, players that once relied primarily on discounts and cashbacks for customer acquisition, have now started pushing for unit positive economics for a sustainable venture in long run.

For instance, as the Bengaluru-based online grocery startup, Bigbasket established a greater presence in the online on-demand grocery sector, the inventory-led firm started charging an extra fee per order. Recently, BigBasket also raised $8.02 Mn from its existing investors, just after a $5.8 Mn round a few weeks back. While Grofers infused in $14.7 Mn (INR 96 Cr) from its parent company Grofers International for boosting its business.

Other startups in the online grocery sector which are climbing up the success curve are ZopNow, Satvacart, Godrej Nature’s Basket and DailyNinja, among others.

Flipkart Supermart: The Road Ahead

With Supermart, Bengaluru-based ecommerce giant is once again tapping on the rising opportunity in the Indian online grocery segment, but with much caution this time, considering the bitter experience it had in its previous stint in the segment. By providing free deliveries for orders above $15.45 (INR 1000) right from the beginning, Flipkart is trying to set up its unit economics right.

Going ahead, along with faster deliveries, sourcing products based on user preferences will be crucial for Flipkart.

Further, while Amazon India is gearing up to make an entry in the online food retail, it is already running its grocery delivery arm Amazon Pantry in the country since February 2016. Later, in December 2016, Amazon India also came up with Amazon Now, a two-hour grocery delivery service. But despite being an early entrant, the initiatives are still more popular in the major metro cities only. Now, the company is eyeing acquisition with BigBasket, which having an inventory-led model can certainly provide Amazon a lead in the game.

At the same time, Alibaba and Paytm Mall are also looking to invest $200 Mn in BigBasket, trying to gain a share in this high-growth market. Not only this, towards the end of June this year, it was reported that Tata Group was in talks to acquire Gurugram-based on-demand grocery delivery platform GrocerMax.

Thus, with the online grocery sector moving towards consolidation, and the existing players becoming more cautious of discount led models, Flipkart Supermart will have to play out its strategy well to gain an edge over competitors.