Reliance Jio, and Airtel are the latest entrant in the video conferencing market 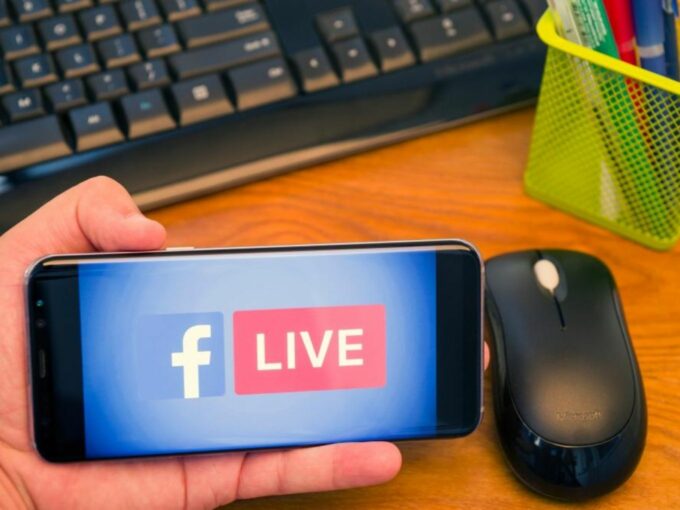 Social media giant Facebook has combined its latest video conferencing product Messenger Rooms with Facebook Live feature to allow users to live broadcast video calls with up to 50 participants. The latest offerings will make it possible for large audiences to tune in and watch group video calls in real-time. This could include events like speaker panels and networking events as well.

The Mark Zuckerberg-led company had introduced Messenger Rooms in April 2020 for Facebook and messaging platform Messenger to participate directly in the booming video conferencing segment. The platform is expected to set its mark in the market purely because of Facebook’s accessibility and reach across the world. But to get more users on board, the social media platform allowed users to join in the video conference without signing up for Facebook or Messenger.

“You can start and share rooms on Facebook through News Feed, Groups and Events, so it’s easy for people to drop by. Soon we’ll add ways to create rooms from Instagram Direct, WhatsApp and Portal, too,” Facebook had said, in a blog post.

Users, who have the Messenger app installed, can also play with augmented reality (AR) effects and artificial intelligence (AI) features like immersive 360-degree backgrounds and mood lighting. The feature will be available in a few countries for now, but will be brought to other regions soon.

Besides this, the company had also expanded the offering of Facebook Live. It reintroduced the  ‘Live With’ feature, which allowed users to add more than one person on their Facebook Live broadcast, and opened up the option to integrate live streaming features on the Events page. The social media giant also started offering an audio-only version of Facebook Live for people with connectivity issues.

The video conferencing segment has turned out to be the new grocery segment with several companies jumping on to eat into the pie. Earlier this month, Reliance launched its JioMeet and catapulted itself to a prominent position in the video conferencing department. Though the app has a striking resemblance to American-video conferencing app and its rival Zoom, it had crossed more than a 1 Mn downloads on app store within the first week of its launch.

Soon after that, Bharti Airtel partnered with Verizon-owned video conferencing platform BlueJeans to offer video conferencing solutions for enterprises. The duo were aiming to compete with Zoom, Cisco Webex, Google Meet and Microsoft Teams’ market, who also largely target enterprises. Meanwhile, Zoom had noted 6 Mn downloads from India in the first quarter of 2020.

Besides this, Jaipur-based IT company Data Ingenious Global has also launched a video-conferencing app called VideoMeet, which can accommodate upto 2K people in a session. The company is part of IT Ministry’s video conferencing app development challenge, along with other tech giants such as HCL and Zoho Corp.

Zooming Ahead Of Competition

In Q1 2020, Zoom was the sixth most downloaded non-gaming application, according a recent report by SensorTower.

Interestingly, Zoom had the most number of downloads from India. Zoom was installed in around 6 Mn Indian smartphones out of the total 80 Mn installs worldwide during the first quarter of 2020. Sensor Tower said that the impact of the coronavirus was evident with the success of video conferencing apps like Zoom.