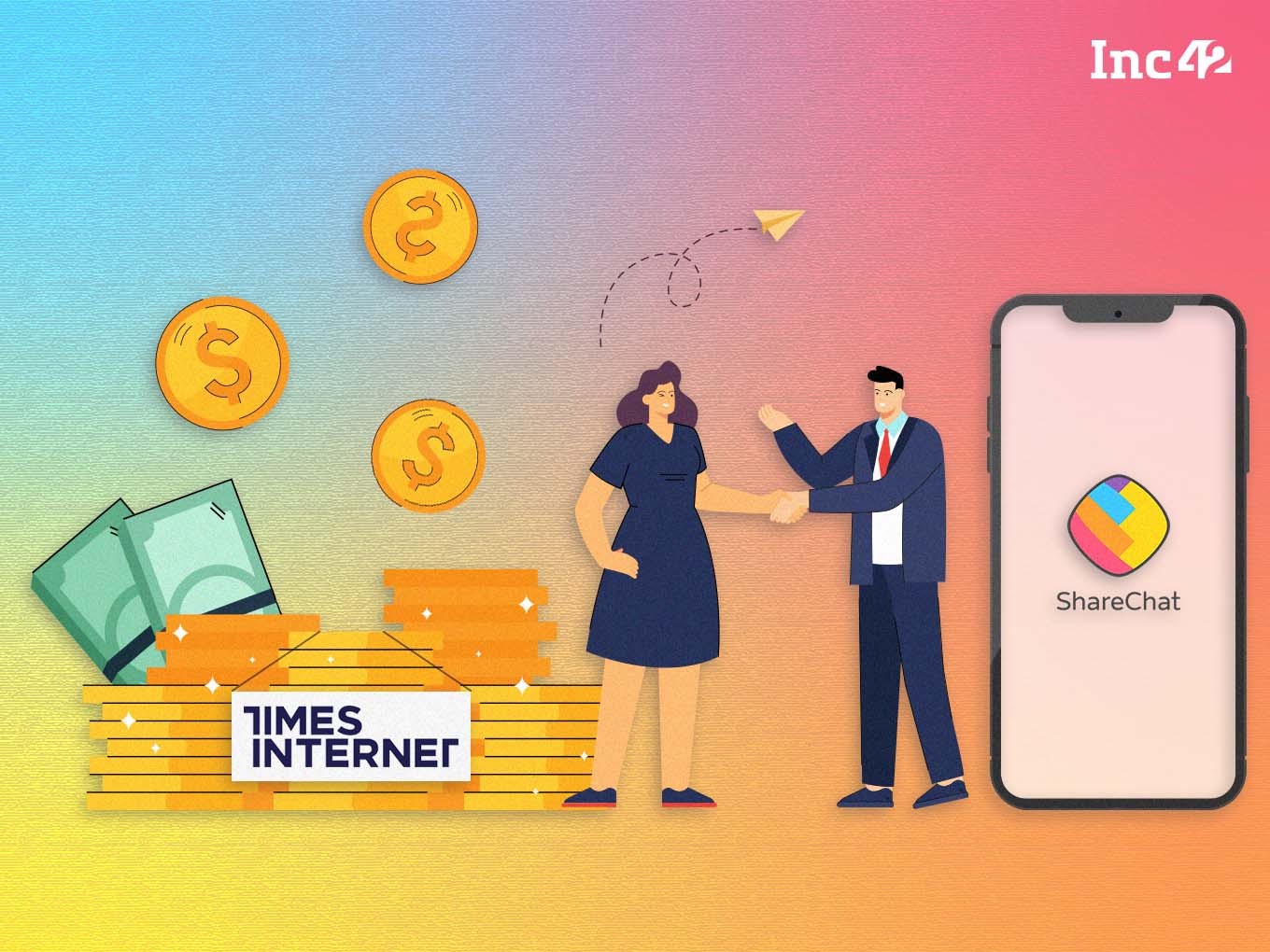 ShareChat has earlier raised $266 Mn in its Series G round from Alkeon Capital in December last year at $3.7 Bn valuation

Indigenous social media platform ShareChat has added Times Internet to its captable. ShareChat is raising around $60.5 Mn from the Gurugram-based Indian internet giant.

According to a regulatory filing, the social media unicorn has allotted 4,157 equity shares to Times Internet and its subsidiary for $60.5 Mn (INR 461.3 Cr). People aware of the development requesting anonymity have informed that this an extension of the Series G round that ShareChat raised in December last year.

ShareChat had raised $266 Mn in its Series G round from Alkeon Capital, Moore Strategic Investments, among others at a $3.7 Bn valuation. Sources informed Inc42 that the fresh capital of $60.5 Mn was also raised at the same valuation.

It must be noted that the development comes on the heels of ShareChat’s Moj announcing its merger with Times Internet-backed MX TakaTak, a short video platform.

The combined platform is expected to have 100 Mn creators, 300 Mn monthly active users and nearly 250 Bn video views. As part of the deal, MX TakaTak continues to function as a separate platform for now, but the two platforms’ creator base, content supply and recommendation algorithms will be integrated in the combined platform.

However, sources informed Inc42 the capital infusion by Times Internet is not related to the merger. The person said that Times Internet is ‘bullish’ on the short video platforms, and ShareChat being the second largest player after Instagram in India, was a perfect choice for Times Internet to bet on.

Post this investment, Times Internet will hold around 4% in Mohalla Tech Private Limited, the parent company of both ShareChat and Moj.

To date, the startup has raised around $1.3 Bn in funding across multiple rounds. Founded in 2015 by Ankush Sachdeva, Bhanu Singh, and Farid Ahsan, ShareChat positions itself as an Indic language social media platform. The startup claims that it has an average user time spent of 31 minutes daily. Moj and ShareChat together have a user base of 340 Mn.