Exclusive: Ola Electric To Open Pre-Orders For Its Scooters In August 2021

Exclusive: Ola Electric To Open Pre-Orders For Its Scooters In August 2021

Ola Electric is expected to launch its two-wheelers in India this year. The company will have a separate pre-ordering schedule for global markets

The Ola scooter would be available in at least three variants where the cheapest variant will be priced below INR 1 lakh up to INR 1.5 lakh 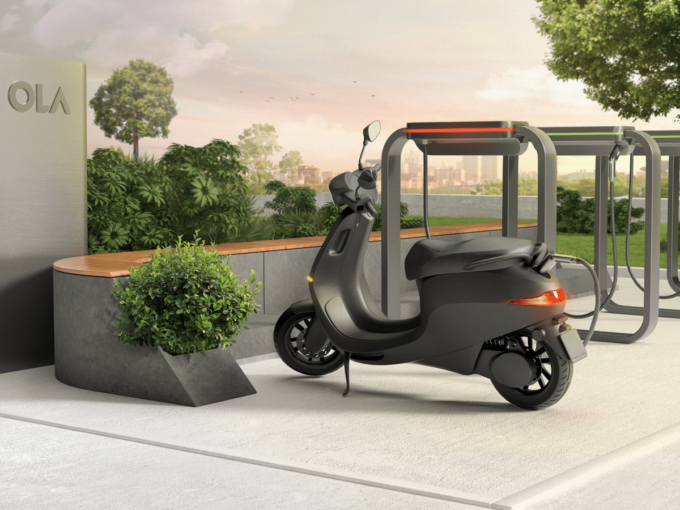 Bengaluru-based Ola Electric, the electric vehicle (EV) arm of ride-hailing startup Ola, will open pre-orders for two-wheeler (2W) EVs in August 2021 for the Indian market. There will be a separate pre-order schedule for the global markets, two sources aware of the company’s operations told Inc42.

The Ola scooter would be available in at least three variants where the cheapest variant will be priced below INR 1 lakh, while the highest-priced variant would be available at around INR 1.5 Lakh, said a person aware of Ola Electric’s operations requesting anonymity.

The Ola Electric team is working to ensure that pre-orders for the Indian market could be opened from August, while for other Asian and European markets, the process could be started from late September, the source added.

However, due to the pandemic, offering test rides to users will be a challenge, hence Ola Electric is currently building an augmented reality (AR) based application that will allow users to view the scooter model using smartphones, said the person quoted above.

“Ola Electric has forecasted to have 1Mn pre-bookings in a two-month timeline. We are looking at a hybrid commerce model where we want to eventually open offline stores which would provide potential buyers with the experience of riding the EV scooter. But this will happen only later in the year depending on how the pandemic plays out,” added the person aware of Ola Electric’s plans.

It is important to note that Ola’s 2W scooters are originally a rebranded version of Netherland-based Etergo scooters. In May 2020, Ola Electric announced that it would start operating as a full-stack manufacturer of electric two-wheelers after acquiring Amsterdam-based Etergo BV.

Etergo had originally branded its 2W vehicle as ‘App Scooters’. The newly rebranded Ola Electric EV, however, does not sport the Etergo or the App Scooter branding in a recent video that was widely publicised by Ola. The video showed Ola’s chief executive officer Bhavish Aggarwal taking the rebranded scooter out for a spin in Bengaluru streets.

However, it isn’t clear whether the unit has already begun production. Ola Electric did not respond to an email seeking comments for the story.

The Ola Electric scooter has currently received all requisite homologation certification from Indian regulators and electric vehicle certification authorities, said a second source aware of the company’s operations. And since the Indian market’s certification process exactly mirrors European market standards, where the Etero scooter originated from, the process was already completed in early 2021.

The earlier etergo.com website now redirects to an Ola owned website, However, an earlier version of the website taken from the Internet Archive shows that the scooter will have three interchangeable battery modules — each battery has a capacity of 600W per module providing an 80Km range per module. Each module has a battery capacity of 1,155Wh.


The second source quoted above told Inc42 that Ola’s 2W EV, however, will not support charging at other existing stations owned by its competitors like Ather Energy, Okinawa, and other public charging stations.

“As of now, Ola’s scooters are not supporting charging in other existing stations owned by other branded service providers. We are trying to have a large dense network of our hyper charging stations which is currently being built in the top 10 cities in India. We are targeting to build charging stations in top 100 cities in the next one year,” the source added.

Earlier Inc42 reported that due to the lack of public infrastructure for swappable batteries in India, Ola’s electric scooter will mainly depend on home-based swappable charging that can be plugged into home plug points.

“At least in the initial phases, we (Ola Electric) will be allowing public charging but we still believe that battery swapping is the long-standing game. But the debate is still going on (in the company). We are peculiar about it because once we can pull off battery swapping, the per kilometre cost will be even lower than distributed charging,” an Ola employee told Inc42 in December 2020, on condition of anonymity.

After Ola acquired Netherlands-based Etergo in May 2020, Ola had faced some troubles in the home market in the Netherlands. Several minority investors in the European region who had picked up shares in the company through crowdfunding were forced to accept lower amounts.

Ola’s acquisition of the Amsterdam-based Etergo BV, was originally a fire sale. After raising around €21 Mn ($24.8 Mn) in equity financing from more than 6,000 individual investors, Etergo got sold to Ola Electric for €3.75 Mn ($4.44 Mn) valuation, according to internal emails and multiple Etergo investors who spoke to Inc42. Some of these early investors were forced to accept a share buyback at less than 90% of the original price, and a bunch of these investors are now in the process of taking Etergo and Ola Electric to court.

More than 900 investors who put their money into Etergo through crowdfunding campaigns had considered filing a lawsuit against Ola and Etergo cofounders to recover their money from Etergo and its current owner Ola Electric. Inc42 had spoken to at least five such investors in November 2020 who had invested €2,000-5,000, but later received back barely 10% of their original investments. Many of them have held onto their shares since 2017, hoping to get their hands on the swanky App Scooters promised by Etergo.

Although Ola Electric’s scooter will compete with the petrol vehicle brands such as Honda Activa and others, the Ola EV will in fact directly take on existing two-wheeler EVs such as Ather Energy, Ampere, Okinawa, Tork Motors, Hero Electric and many others. As per industry estimates, India has a market that sold only a little over 150,000 EVs in FY 2019-2020, where the majority of the vehicles are in the e-rickshaw category.

Ather Energy, which is currently the most funded startup in the EV space, had reported a revenue of INR 48.8 Cr in FY20, representing over 4x growth from INR 11.7 Cr in the previous fiscal year. On the other hand, Ola Electric which currently sells e-rickshaws, and operates with a  public charging network in cities like Delhi and Nagpur, reported revenue of INR 21Cr in FY19, over a loss of INR 60 Car in the same financial year.

Among the competition, Ather Energy currently manufactures high-end electric two-wheelers that sport LCD touchscreens and also receive regular updates for the battery management software as well as other diagnostics software. Ola’s App Scooter sports similar specifications with a touchscreen but details about software updates are not known yet.

Ola will also have a tougher time competing with lower-priced EVs from manufacturers like Gurgaon-based two-wheeler EV manufacturer Okinawa, which sells mid-range scooters priced between INR 45K up to INR 75K. The company claims to have sold around 32,000 units in India in FY 2019-2020.

Overall, industry data shows that 2W sales in India totalled to 15,119,387 units during FY21 against 17,416,432 units in FY20. This is a 13% YoY drop in sales volumes despite the overall two-wheeler sector (including petrol vehicle) clocking a better growth during the September, December, and March quarters of FY 21.

In terms of the competitive edge, Ola’s brand will help it reach pockets where EV two-wheelers have not yet penetrated. However, Ola will have to quickly expand its ‘Hypercharger’ network as range anxiety is one of the biggest hurdles to EV adoption.

Else it may have to work alongside its competitors such as Ather Energy to integrate support for using each other’s charging infrastructure as seen in Europe and other western markets. Ather, on the other hand, has been successfully ramping up its offline experience stores in cities like Delhi, Chennai, Bengaluru, along what charging networks.

Apart from this, Ola Electric will have to focus on after-sales service which the company hasn’t talked about yet. Hence, the future of Ola’s scooters will hinge on how quickly it can ramp-up production, repair services and most importantly charging networks.