While Middle East sovereign fund is in the final stages of closing the deal, Shell Global has already closed it

To date, Drivezy has raised $35 Mn in equity financing and $128 Mn in asset financing 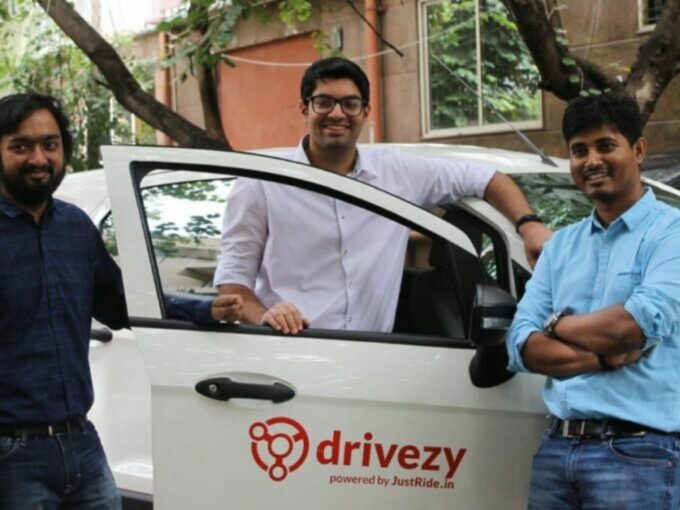 Bengaluru-based vehicle-sharing marketplace Drivezy is in talks to raise $30 Mn in a funding round led by an undisclosed Middle East sovereign fund, along with the investment arm of UK-based international oil company Shell Global, Shell Ventures B.V.

The company’s cofounder Ashwarya Pratap Singh has denied the report. However, people aware of the matter told Inc42 that the deal between Drivezy and Shell Global has already closed. Meanwhile, the sovereign fund is in the final stages of closing the deal. Several middle eastern funds are eyeing Drivezy as it is looking to expand in the region.

Shell Ventures B.V, the investment arm of British-Dutch multinational oil and gas company Shell, was established in 1996. It works with startups and small and medium enterprises (SMEs) from their early stages to their scale and growth phases. It invests in companies working in power, resources, fuels and mobility and multi-industry solutions.

In India, it has invested in Bengaluru-based solar firm Orb Energy through its New Energies business back in October 2019. It also runs a Shell E4 (Energising and Enabling Energy Entrepreneurs) accelerator programme in India, which has hosted startups like Detect Technologies, ION Energy, IoTrek, Trashcon and Ossus Biorenewables. It aims to co-create solutions that have the potential to accelerate energy transition and build a more sustainable India and the world.

The pandemic and the resultant lockdown has hit the shared mobility segment across India. The shared mobility segment came to a grinding halt between March 25-May 30 when the nationwide lockdown was put in place.. Homegrown cab-hailing giant Ola’s cofounder and CEO Bhavish Aggarwal had come on record to say that the company’s revenue plummeted by 95% in the two months of lockdown.

The impact was similar on other companies including Zoomcar. The customers started cancelling their booking and demanding refunds, which the company have not been able to cater due to lack of cash flow. According to sources within the company, it has managed to get 15% of its business back month-on-month (MoM) since June and the flow of refunds will increase by the end of this month. The company also launched a ‘Zoomcar Mobility Stack (ZMS)’ to manage fleet and track vehicles and user behaviour in real-time.

Meanwhile, bike-sharing platforms had come up with several new models in order to survive the pandemic. For instance, Bounce, which was catering to only 30% of its total ride-hailing traffic with 15K rides daily, started experimenting with a subscription-based model rather than an on-demand rental model. Meanwhile, Rapido moved into last-mile logistics service for retailers and app-based hyperlocal delivery providers.

Drivezy too has introduced a franchise model in order to stay afloat as its core business offerings have noticed a downward trend during the pandemic. With this model in place, the company has managed to cut down its cash burn to INR 48 Lakh per month and reduce its operational costs as well. The company now expects to break even by the end of FY21.

Drivezy was founded in 2015 by Ashwarya Pratap Singh, Hemant Kumar Sah, Vasant Verma, Abhishek Mahajan, and Amit Sahu. It offers peer-to-peer bike and car sharing service. Currently, Drivezy is present in 11 cities with a fleet of 17K cars and scooters. It allows individual vehicle owners to list their idle cars, motorcycles and scooters and earn money by renting the vehicles to customers.

According to media reports published last year, the company was in talks to raise $100 Mn in equity financing round from Japanese conglomerate SoftBank and ecommerce giant Amazon to expand its fleet across the country and also foray into the foreign markets. Meanwhile, last year, several sources published last year had also alleged that Drivezy was looking at a merger with self-drive car rental service Zoomcar to form a $300 Mn-valued combined-entity.