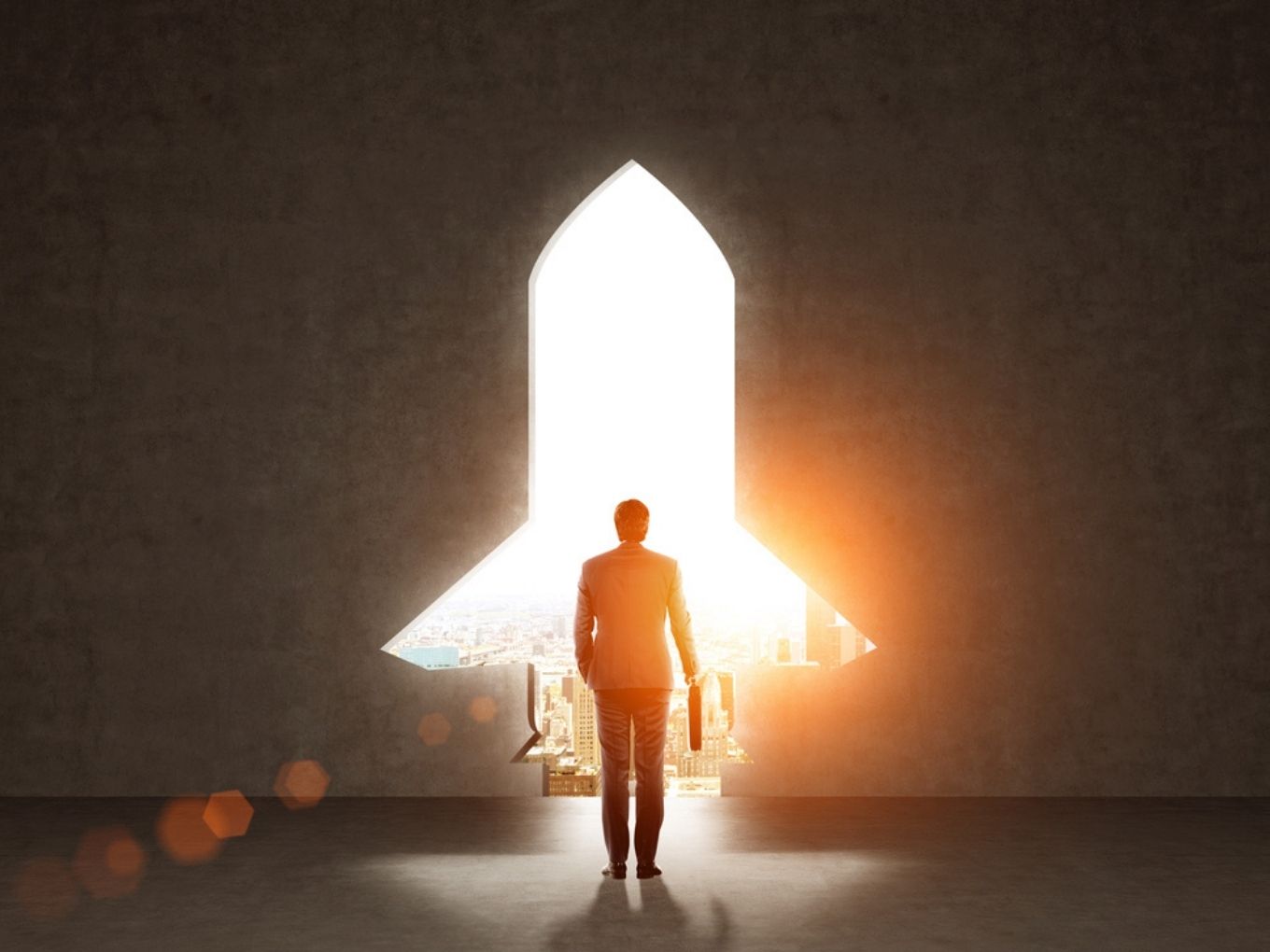 In India, Entrepreneur First has invested in 20 startups including the likes of ThirdEye, AarogyaAI

While most venture funds and investors look for startups that are already operational and active when infusing capital, UK-based Entrepreneur First has taken a different route. The incubator-accelerator runs a six-month-long programme for entrepreneurs to collaborate on deeptech ideas, develop concepts that can go to market and launch ventures.

Similar to a venture studio approach but with a fixed timeline, the programme onboards entrepreneurs looking to build a deeptech product/service startup and helps them discover like-minded individuals for collaborations. Entrepreneur First, which is billed as a talent investor, also offers access to mentors and seed capital for the venture.

Till date, Entrepreneur First, which began its Indian journey in January 2019, has helped set up nearly 20 deeptech startups in the country across several domains including healthtech, consumer tech, agritech and more. The platform has helped entrepreneurs turn founders of well-funded startups.

Form lasts for the first three months and focuses on finding the right cofounder to co-develop a concept for the deeptech startup. During this phase, each of these entrepreneurs get a stipend of nearly $2,000 per month. At the end of the three months, Entrepreneur First invested $55K in these newly founded startups as a pre-seed amount.

The second part of the programme, Launch, is more like an accelerator programme that helps entrepreneurs scale and grow their venture. This round leads into a Demo Day, where these companies can raise additional investment from other institutional investors and angel investors. The company claims to have partnered with nearly 75 prominent investors across the board.

During the programme, each entrepreneur also goes through extensive mentorship sessions from industry experts. Recently, it has also appointed angel investor Venkat Raju, who has more than three decades of experience in business, technology and general management.

2K Startup, $2 Bn Valuation: What Else To Offer?

Founded by Mattew Clifford and Alice Bentinck in 2011 Entrepreneur First has nearly 2K alumni across cohorts with more than 300 startups with a combined valuation of $2 Bn. Some of its portfolios include Teamflow, battery storage solutions Vflow Tech, online software service for voicetech solutions Speak AI and wireless monitoring solutions Ackcio.

London-based AI startup Magic Pony was also a part of the Entrepreneur First’s programme in 2014. It was acquired by Twitter for $150 Mn 18 months after the programme.

According to media reports, Singapore-based global early-stage venture capital firm Antler too is looking to enter India to allow more entrepreneurs to leverage its platform, funding support and global reach. It has already marked its presence across six continents and is now looking to start its operation in Bengaluru.

The programme, too, is divided into two parts. The first part lasts for 10 weeks and focuses on bringing together a diverse group of exceptional people from technologists, experienced operators and second-time or repeat founders. These entrepreneurs too receive a monthly stipend in the first phase of the programme to focus full-time on building their company and products.

In the second phase, Antler typically invests in startups to help them scale up. Here, Antler also focuses on building the minimum viable product (MVP) and getting traction. It will also help the startup get ready for the next investment round on the demo day.

In order to sharpen its focus on India, Antler has also appointed furniture ecommerce platform Urban Ladder’s cofounder Rajiv Srivatsa as a partner. Srivatsa had exited Urban Ladder in October 2019.

While Antler focuses on companies across sectors and domains, Entrepreneur First has been eyeing the deeptech segments. Tiwary, general manager of Entrepreneur First India, believes that the segments will notice another uptake post the pandemic as the market will demand for such technology-enabled solutions that can offer better results in lesser time.

According to Inc42 Plus estimates, Deeptech startups raised $136.14 Mn in 2019, representing a slight drop from 2018. While the drop was pretty small in the context of the overall ecosystem, but for the nascent deeptech sector it was a big drop. There were a lot of expectations from this sector in 2020, however the entire startup ecosystem was impacted due to the pandemic.

According to Inc42 Plus’ report, Indian startup funding dropped by 29% in the first half of 2020.  Overall, $5.4 Bn was raised across 389 deals with all three major stages of funding growth stage, late-stage and seed-stage witnessing a negative growth of -52%, -21% and -3% respectively.

But the drop is not the same in all sectors. Certain sectors like edtech, fintech, consumer services, enterprise tech and healthtech emerged as the top sectors for investors. Even at the seed stage, these three sectors have witnessed a rise in their deal count compared to H2 2019 — edtech (175%), fintech (26%) and consumer services (7%). Deeptech once again wasn’t the top choice for investors, but it did emerge as the top 10 sectors for investments. 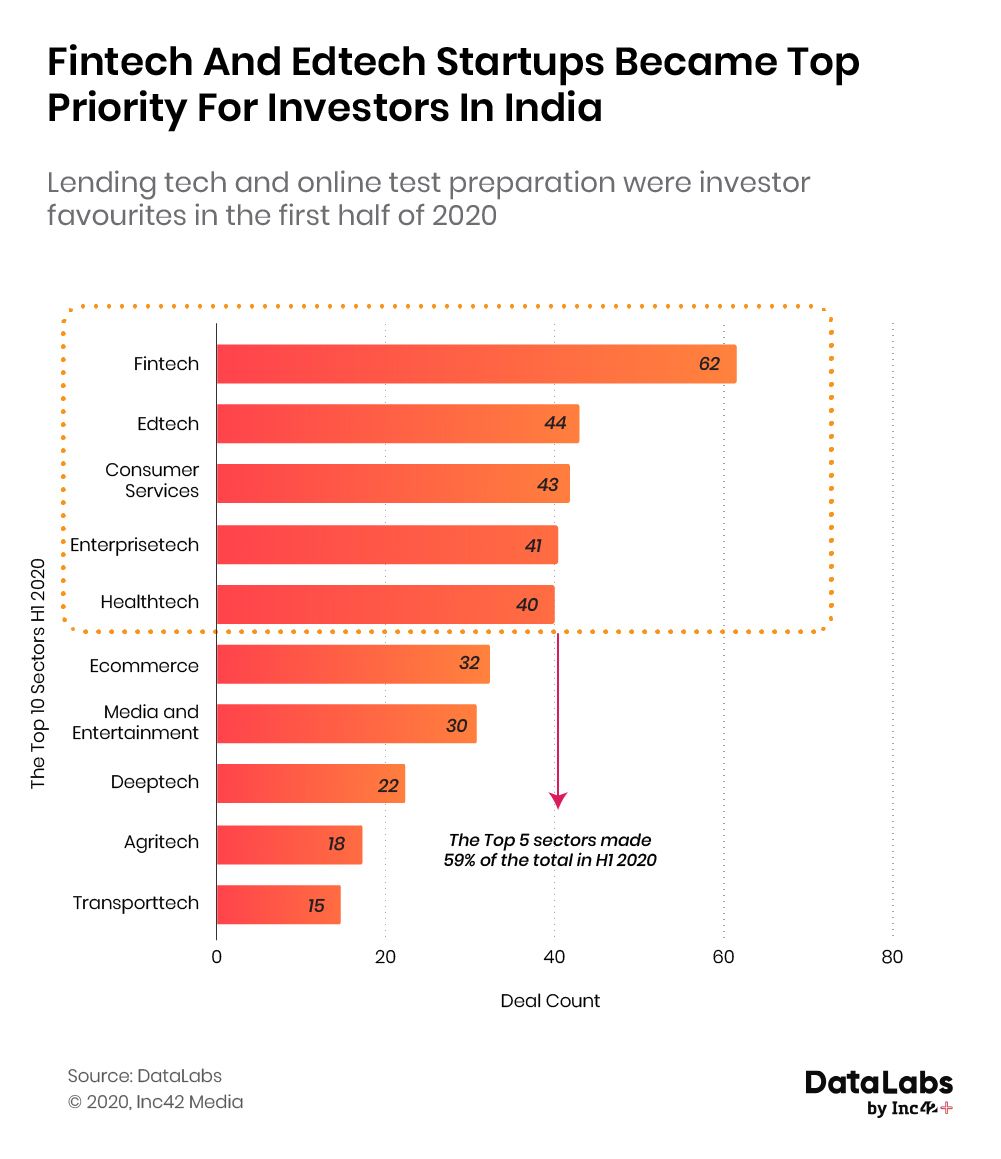