As per sources, the company had already reduced its burn from around $4 Mn in 2021 to around $1.5 Mn per month by March 2022, but the recall of loans has complicated matters

Even if Zilingo looks for a potential M&A exit, the current global slowdown will make discussions with potential acquirers difficult as companies are looking to save costs

The situation is turning grim for Zilingo as employees are walking out on the company in the midst of serious questions about the company’s runway, its ability to pay off debt and even salaries of employees. And amid all this, any potential acquisition deal or M&A as rescue being mulled at the company is also fraught with challenges given the slowdown that is expected to last for the next few months.

Sources have told Inc42 that at least 100 employees from the company’s total headcount of 600 have resigned from their position since March 2022, after the suspension of CEO and cofounder Ankiti Bose.

As per information gathered by speaking to Zilingo employees, among the exodus are customer care teams in Indonesia and Singapore.

Many of the early departures were due to the impending leadership vacuum at Zilingo, but of late several employees have resigned including CFO Ramesh Bafna because of the company’s financial state. Besides this, the head of PR and communications Naushaba Salahuddin has also resigned from her post. Salahuddin had alleged earlier that she was suspended from the company without adequate notice or any relevant reason.

Zilingo Out Of Runway?

In our previous exclusive report on the departure of CFO Bafna, we had highlighted that Zilingo has not paid salaries to employees after March 2022. Some employees told us that the company has now started crediting salaries for April and May 2022, however, it is not clear whether this is the case for all employees presently.

Despite this, many of the recent exits are because of the financial pressure on the company and uncertainty around its future, which has been exacerbated by the recall of loans worth $40 Mn by Indies Partners and Varde Partners. The loans were recalled because Zilingo missed the repayment schedule which occurs every 90 days. Zilingo was meant to repay a portion of the loan in April, the same month when Bose was suspended.

With the loan recall, Zilingo’s runway situation has deteriorated immensely. And without the company’s audited financials, there’s no way to confirm just how good or bad the runway was.

As per sources, the company had already reduced its monthly burn from around $3 Mn – $4 Mn in 2020 and 2021 to around $1.5 Mn per month by February and March 2022. This gave it enough fuel to last 18 months, with a team of 600 employees and a sharper focus on the B2B vertical, which was less cost-intensive.

While Bose has looked to step in to repay these loans and acquire their associated warrants in order to boost her stake in Zilingo, sources informed Inc42 that Zilingo is yet to reach out to bankers and financiers in Singapore to refinance the loans.

Indeed, the company claims to have appointed an as-yet-unnamed financial adviser who is looking at various ways out for the company. If indeed the company is not in talks with bankers to refinance the loans, is Zilingo going for a sale?

Zilingo’s spokesperson and cofounder Kapoor declined to respond to questions about the company’s financial state, the loan recall, or indeed the potential M&A options.

Incidentally, an M&A was also brought up as a point of discussion between former CEO Bose and Sequoia India MD Shailendra Singh in the early part of 2021, as we had reported in our initial investigation into the company’s situation. At the time, Sequoia-backed B2B commerce and supply chain platform Moglix was one of the names that was suggested as a possible acquirer.

However, now any potential acquirer has to firstly pay off the debt of $40 Mn because of Zilingo’s lapse in repayments. And further investors would be looking to recoup their capital invested in Zilingo over the years. 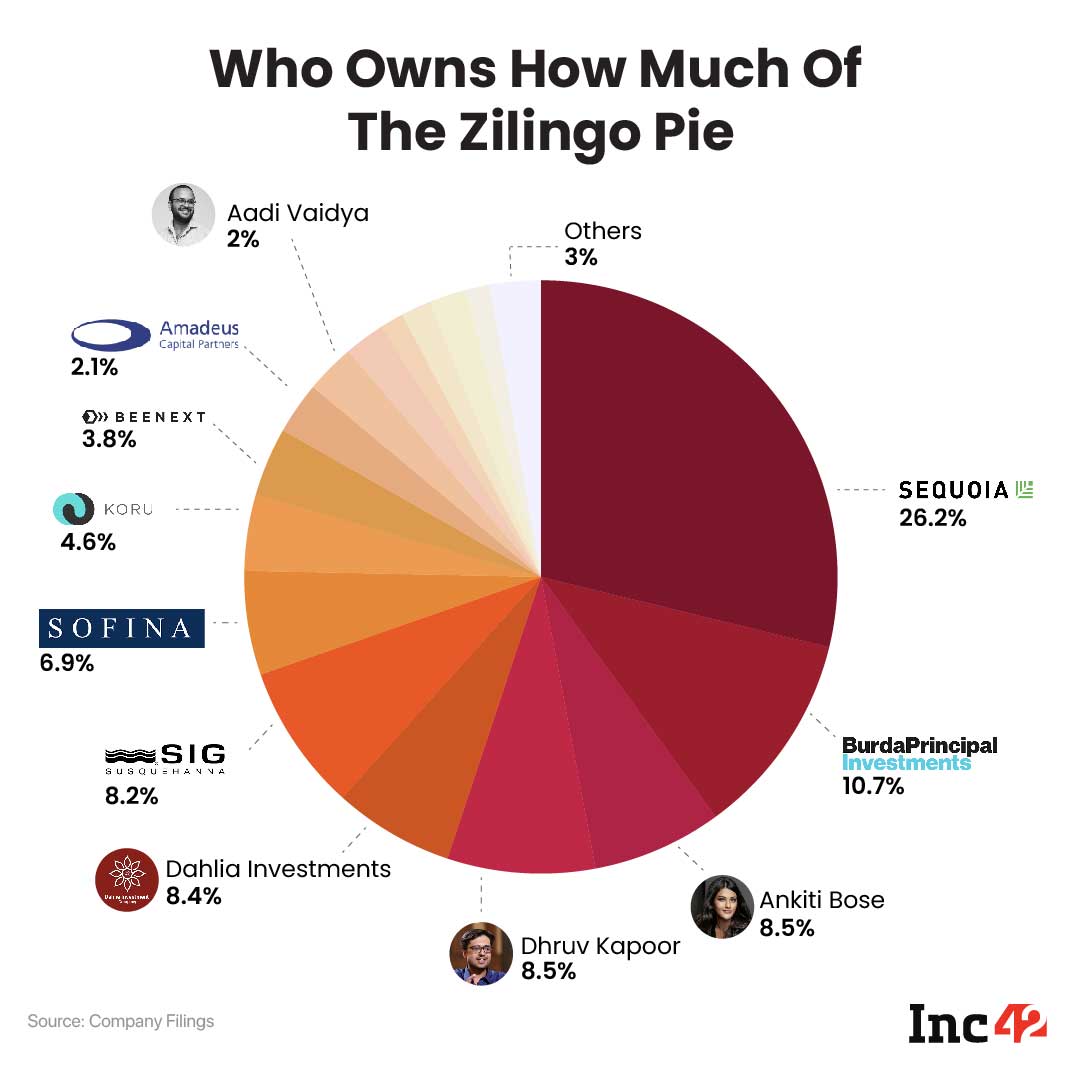 Backed by Sequoia Capital, Burda Investments, Temasek, Sofina and other VCs, Zilingo has raised more than $308 Mn in equity funding till date, and $40 Mn in venture debt from Indies Partners and Varde Partners, the two entities that have now recalled these loans.

To get a fair deal, Zilingo would have to prove that its tech platform works. In the past couple of years, the company has reduced its assets significantly by shedding the B2C vertical and focussing only on B2B.

However, our investigation into the company’s operations in April showed that the B2B tech platform has only been recently solidified, with much of the company’s early operations being run on spreadsheets. Unaudited financials show that B2B services (longtail and enterprise) brought in $43.4 Mn in operating revenue (7% of GMV) for Zilingo in FY2021, with this projected to grow to $61 Mn in FY2022 (6% of GMV). However, without the audited financials, it’s hard to estimate just how valuable the B2B business is, in case the possibility of M&A arises.

Then there are the management problems that might make the M&A challenging. According to Zilingo, cofounder and CTO Dhruv Kapoor and chief operations officer Aadi Vaidya are in charge of their respective functions, but are not taking on any additional responsibilities.

Zilingo directors including Sequoia India MD Shailendra Singh, Temasek’s Shane Xu, Burda’s Albert Shyy and GoTo CEO Andre Soelistyo have resigned from the board in the wake of Bose’s suspension and her termination.

After Bose’s employment termination and with Bafna’s exit from the company, there’s a leadership vacuum at Zilingo. So essentially, Zilingo currently does not have the right leadership to drive these M&A talks. This also gives the company far less leverage in any talks with potential acquirers.

Besides this, Zilingo is looking for an acquirer in a market where even its lead backer Sequoia has advised portfolio companies to save costs and cut down on unnecessary spending. Even if Zilingo looks for a potential M&A exit, the current global slowdown will make discussions with potential acquirers difficult as companies are looking to save costs

Ultimately, there are several unanswered questions about Zilingo’s future. The company which at one point seemed to be course to revolutionise the fashion supply chain, is now fighting for survival.