Amid a crisis that’s fast turning into a defining moment for Zilingo, the company is stuck in a stasis. Not only has chief financial officer Ramesh Bafna quit within two months of joining the company, but sources at the company claim the company has not paid salaries for the month of April or after March 2022.

As per earlier reports, Bafna was brought on to steady the ship after the suspension of cofounder and CEO Ankiti Bose in March this year. He was also said to be close to being named the new CEO of the company, in the event that Bose did not return to lead Zilingo.

Now that Bose’s employment has been terminated and with Bafna’s exit from the company, there’s another leadership crisis at Zilingo.

Bafna, who was the head of finance at Flipkart during his five-year stint and the CFO of Myntra during his three years at the fashion ecommerce platform, was at Zilingo for a mere three months. His LinkedIn profile indicates that he moved on from the Singapore-based company this month (May 2022) having joined as CFO in March. 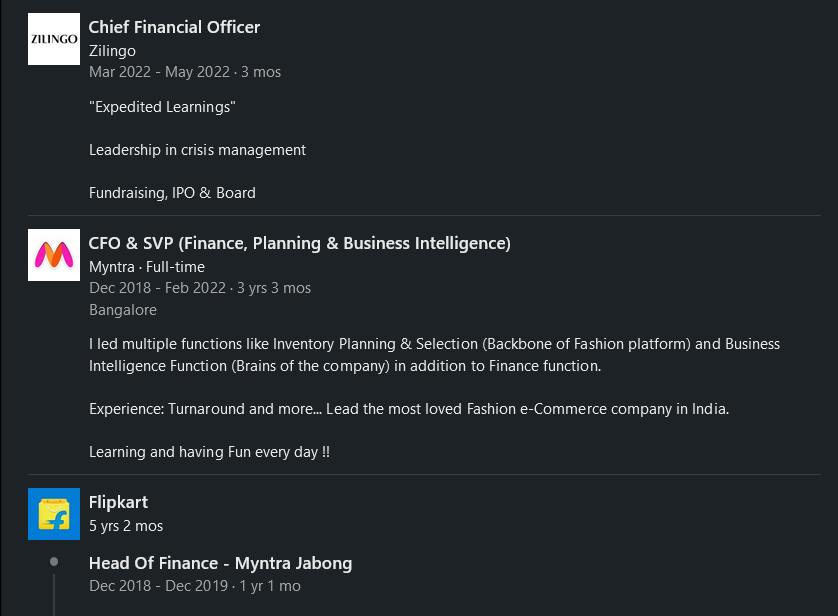 Earlier, sources at the company had told Inc42 that cofounder and CTO Dhruv Kapoor and COO Aadi Vaidya continue to lead their functions, with no additional responsibility. Besides this, Zilingo is said to have appointed a financial adviser in light of the loans worth $40 Mn recalled by the company’s debtors. The fact that a financial adviser had been roped in after the loans were recalled indicates that a seasoned finance leader such as Bafna had already quit the company at the time.

Zilingo directors including Sequoia India MD Shailendra Singh, Temasek’s Shane Xu, Burda’s Albert Shyy and GoTo CEO Andre Soelistyo have resigned from the board in the wake of Bose’s suspension and her now termination. Soelistyo’s exit was first reported by Entrackr.

No Salaries Paid Since March

The exit of Bafna is just another setback for the B2B fashion startup that was very close to raising another funding round when all hell broke loose, sources had told Inc42 earlier. When we looked into the company’s financials over the past couple of years, it was clear that Zilingo had a cash flow problem. And now this problem seems to be cascading into issues such as unpaid salaries.

Multiple sources told Inc42 that Zilingo has not paid employee salaries after March 2022. Employees have not received compensation for the month of April and with May 2022 about to end, the company will soon be two months behind on salaries.

Loan interest repayments and employee salaries are typically the biggest cost centres for startups that have raised large debt.

How Much Runway Does Zilingo Have?

As seen in Zilingo’s latest audited financial performance (filed in November 2020), the company incurred a loss of $236.5 Mn in the financial year ended March 2019. Its revenue in that year had grown to $99 Mn from just over $18 Mn in 2018, but the losses had doubled in that year.

Net cash flow from operating activities was a negative $95 Mn, with a debt-to-equity ratio of -1.60. Further, the interest cover ratio, which indicates the company’s ability to repay interests on loans, was -0.58.

This indicated that the company was not earning enough revenue to cover the interest on loans it had taken in its lifetime till 2019. Since then, it had further secured loans from DBC Bank in May 2019, Citibank in June 2019, besides a further six different loans from Zorro Assets Ltd between July and September 2021.

Inc42 could not independently verify the holding company behind Zorro Assets Ltd. Interestingly the company was registered in Singapore as an unregistered foreign entity on July 12, 2021, the same date as its first loan charge for Zilingo.

As per unaudited financials, which Inc42 has reviewed, the company has pulled back its losses in 2020 and 2021. Over the past three financial years (2019-2021), the cumulative loss for the company was over $430 Mn, while the total net income over these years is just $285 Mn. However, the company is claiming positive contribution margins in FY2021 of $4.1 Mn.

Backed by Sequoia Capital, Burda Investments, Temasek, Sofina and other VCs, Zilingo has raised more than $308 Mn in equity funding till date, and close to $40 Mn in venture debt from Indies Partners and Varde Partners, the two entities that have now recalled these loans. 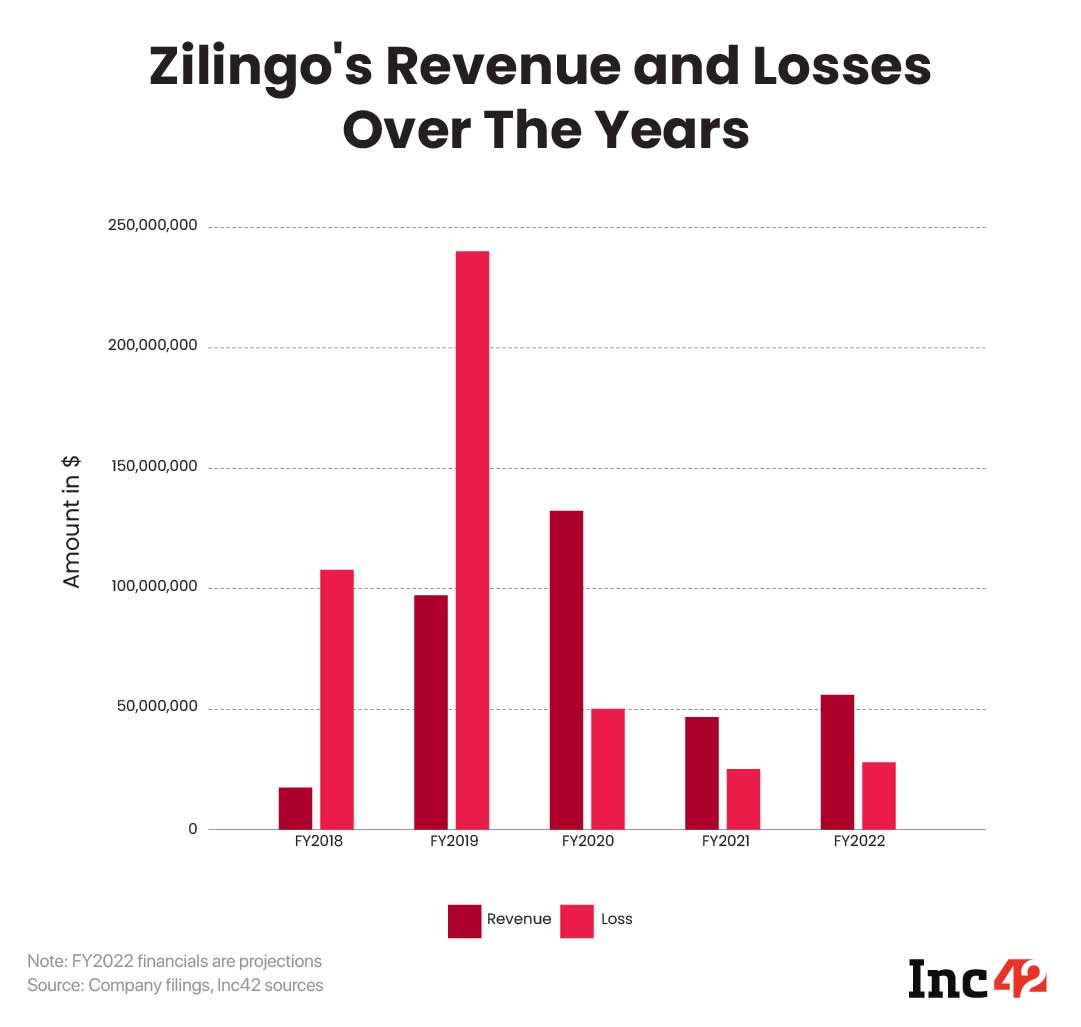 Other founders told Inc42 that employee salaries are typically the first item budgeted in the annual expenditure of a startup. It would seem that Zilingo is running short on funds, because not paying salaries at the start of a financial year is a bad sign for any company.

Our sources in the company could not accurately describe the runway situation. While one source claimed that the company was never in deep trouble till March, there might have been some annual interest payments that could have changed the picture. Zilingo’s spokespersons and cofounder Kapoor declined to respond to questions about the company’s financials.

And plus, the fact that loans have been recalled is only going to increase the financial strain on Zilingo. Cofounder Kapoor, the leadership and Zilingo’s board have a challenging few months ahead — even if the company wades through the financial crisis, it would also need resources to stay afloat in any legal battles against ousted CEO Ankiti Bose.