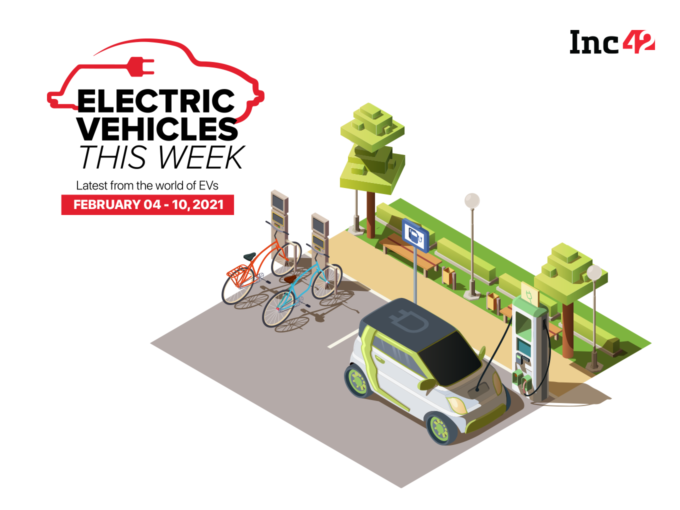 US-based electric vehicles (EV) giant Triton, which competes with Rivian, Tesla and other luxury EV makers, is looking to launch its N4 electric sedan in India. The electric car is said to be more economical than Tesla’s most affordable option Model 3. It will have four different variants and high-performance limited edition in the country.

“The base model will be priced at Rs 35 Lakh thus, showing the amount of market research that has been put by the company to cater the requirements of the Indian market. As we are heading towards a new era of commitment towards our environment, EVs are going to make a definitive contribution in building a future-ready society. We aim to make our sincere contribution towards ensuring a future-ready society with environmentally friendly clean energy practices,” the company said.

Meanwhile, Elon Musk-led Tesla will start sales in India this year. The company, which has set up a subsidiary in Karnataka, will also look into assembling in India if the demand requires. Tesla has been trying to enter the Indian market since 2016 but has been unsuccessful due to lack of infrastructure, policies and the market for electric mobility. However, the Indian government has shown interest in Tesla in the past as well, whereas Gadkari previously offered it land near the port to import their technology.

But the price of both these vehicles may prevent these companies to make an impact on the Indian EV market. According to a Bloomberg report, 8000 electric cars have been sold in India between 2014 to 2020. There are two major reasons behind it, price and poor performance.

According to BloombergNEF, most of the passenger vehicles that were sold in India cost around $8K (INR 5.6 Lakh) or less. BloombergNEF study also found that India will not be able to match the price-parity of ICE-powered cars until 2030s.

For now, the company has roped India’s state-owned Bharat Electronics Limited (BEL) to collaborate on batteries manufacturing. While Triton will provide its expertise in this matter, BEL will be in charge of the manufacturing.

Road and transport minister Nitin Gadkari announced this week that the Indian government will adopt an integrated approach and come out with a policy to make Indian self-reliance in the areas of advanced battery technologies to power electric vehicles (EV) and other appliances.

He noted that India is at the cusp of becoming the world leader in developing indigenous fuel cells and also growing in automobile manufacturing. He added that there is a wide scope in the lithium-ion battery segment even though the segment is currently dominated by China.

“About 80% of lithium-ion battery components are available locally and India stands a very good chance for value addition at lower costs… Our mining entities could look for acquiring component assets globally and grab the opportunity as China has occupied 51% but still 49% scope is there,” Gadkari added.

The development comes after Covid-19 has accelerated EV supply chain reshuffle, especially as cross border trade was restricted during the pandemic. The Indian emobility players are now looking to source all materials from India to avoid any such situation in the future.

The Delhi government is looking to set up 100 EV charging points across the national capital and has floated tender for the same. According to power minister Satyendar Jain, Delhi Transco Limited (DTL) has initiated the process to set up 100 public charging stations already and the power cost will be borne by the local government itself.

Delhi transport department has issued a show-cause notice to Tata Motors as an EV produced by the company failed to provide an optimal range as promised to a customer. To this, Tata Motors assured that it is taking all possible measures to address this issue.

“The range at single full charge (312 km) for the Nexon EV is on the basis of certification received from the Automotive Research Association of India (ARAI), which is the official body that independently tests all mass produced vehicles under standard/defined test conditions before they can be offered to customers. As with conventional vehicles (with IC engines), the actual range achieved in EVs depends on AC usage, individual driving style and the actual conditions in which the vehicle is driven. The range achievement is also a function of familiarity with the new technology, and customers report improvements upwards of 10% within 4-6 weeks of familiarity,” the company said.


IIT Hyderabad-incubated startup PURE EV has unveiled its first electric motorcycle ETRYST 350, which is scheduled to hit the market by August 15. For now, the company will deploy 50 demo vehicles by the end of March 2021 across India to make them available for test drives at specific outlets.

Meanwhile, IIT Madras-incubated startup Pi Beam electric has launched its electric two wheeler PiMo, which can cover up to 50 Km on a single charge. Pi Beam aims to sell 10,000 vehicles by the end of the next financial year 2022 and has gained over 100 initial customers within weeks of opening pre-orders.


According to the recently released data of the Transport Department, Bangalore East RTO in Indranagar accounted for the highest number of EC registrations in the city. The region had 4,882 EVs, while Electronic City RTO noted 3,812 registrations. KR Puran stood third with 1,213 registrations.


Mumbai-based Log9 Materials has launched a rapid changing battery for electric three-wheeler. These batteries can be charged in less than 15 minutes, last for more than 15 years, have 5X power and are 5 times safer in terms of fire and impact resistance.


Ola Electric has partnered with ABB for robotics and automation solutions for its electric scooter factory, which is deemed to be the largest in the world. Ola will utilise ABB’s automation solutions in its factory’s key manufacturing process lines, including its painting and welding lines, while the ABB robots will be deployed extensively for the battery and motor assembly lines.

Kia Motors president and CEO Ho Sung Song, this week, announced that the company will be accelerating its electrification roadmap to launch 11 EV models by 2026. The company aims to sell about 880K EV, hybrids and plug-in hybrids sales vehicles by 2030, taking a 40% share of total vehicles sold. Overall, it plans to sell 1.6 Mn vehicles by then.

Toyota Plans To Launch Two EVs By Next Year


With the expectation that EV and hybrid vehicles will make up for 40% of all mobility sales in the US, Toyota has planned to launch two EV models by next year as even President Joe Biden has been serious about promoting green mobility.


The US International Trade Commission has banned South Korea-based SK innovation from selling its batteries or components for the next 10 years as the company allegedly sold trade secrets from its cross-town rival LG Energy Solutions.

“Battery Management Systems (BMS), also known as the “brain” of the battery, are responsible for the efficiency, safety, and longevity of lithium-ion batteries. The primary role of the BMS is to ensure the battery operates within it’s Safe Operating Area (or SOA) by continuously monitoring its current state and logging performance data in real-time. ION Energy’s “smart” FS-LT BMS delivers on both safety and performance, making it the perfect system to manage the RAY 7.7,” the company said in its press note.