Important Developments From The World Of Electric Vehicles [May 24-31, 2018] 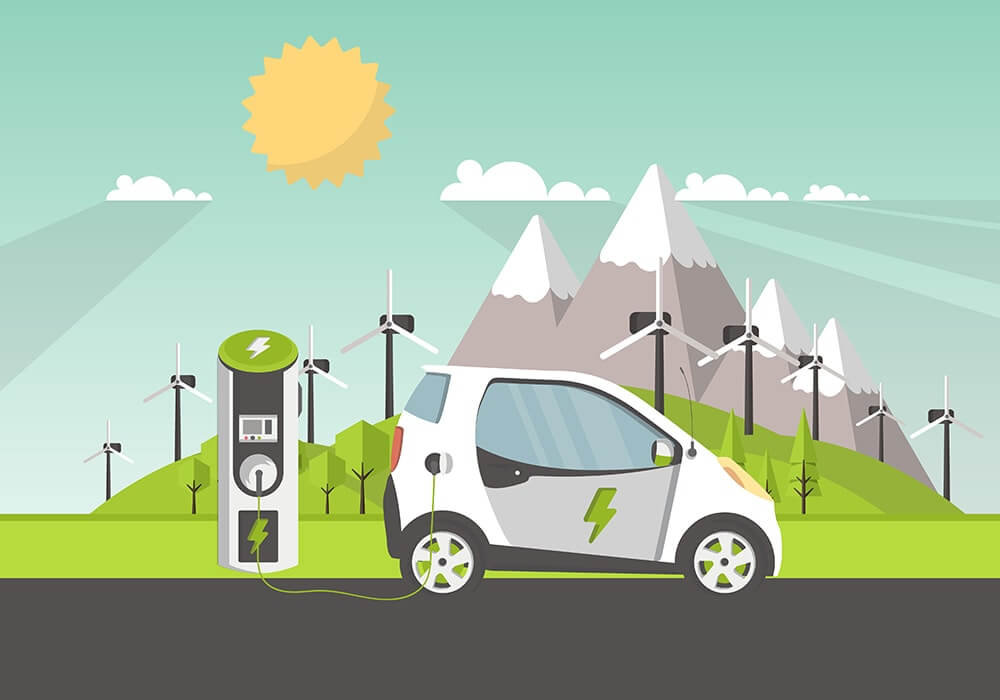 The number of electric vehicles on roads rose to a record high of 3.1 Mn worldwide in 2017, of which China alone accounted for 40%, the International Energy Agency (IEA) announced, adding that “more research, policies, and incentives are needed to drive further uptake.”

Meanwhile, in another study entitled Electrifying Mobility in India, Brookings India scholars have estimated that by 2030, India could see anywhere between 100 to 300 Mn electric vehicles (EVs). They too have emphasised on policy development as the key factor for growth.

The much-anticipated FAME India scheme II has been deferred for an undeclared period. The government has also back pushed its deadline to roll out thousands of electric vehicles on the road by March 2019. There is also a need to set up an independent body to boost mass acceptance of electric vehicles in India, highlights the study.

Even Tesla CEO Elon Musk said that he would love to roll out Tesla cars in India but the “challenging government regulations, unfortunately” have forced the electric vehicles behemoth to deter its India plans till date.

Given that so much is happening in the Indian as well as global EV ecosystem,  we bring all these developments to you in the 26th edition of the electric vehicles this week.

The proposed FAME India scheme II has been postponed until further notice. The policy implementing body NITI Aayog and other ministries are reportedly having a tough time building consensus regarding the future roadmap to boost electric mobility in India.

Money Control quoted an unnamed official, as stating, “Having a proper EV environment will take time” as there is no final plan for incentives to be provided. One of the clauses under the proposed FAME-II scheme that has been a point of contention is the subsidy on the four-wheeler, which it says will be given at the rate of  $148 (INR 10k) per kilowatt.

“They don’t agree with giving incentives on few two-wheelers or few cars at hand,” the official said. Under the scheme, the government provides subsidy up to $326 (INR 22k) on two-wheelers, $903 (INR 61k) on three-wheelers and $2.7k (INR 187k) on four wheelers.

India has pushed its deadline to roll out thousands of battery-driven cars on the road by March 2019.  It had earlier planned to roll out 500 cars by November 2017 and the rest by June 2018. The EESL, responsible for procuring electric cars to replace the petrol and diesel vehicles used by government officials, issued its first tender for 10K cars in September last year.

“The need for building more charging points for 10K electric cars and states being slow in taking deliveries are the reasons for the delay,” Saurabh Kumar, the agency’s managing director said.

There are about 150 cars in the capital and about 100 in southern Andhra Pradesh and other provinces as of now, Kumar said. Of the about 200 charging stations built for these cars, over 100 are in Delhi.

Public utility provider Bescom (Bengaluru Electricity Supply Company) has approached the centre for funds to set up 11 EV charging stations across the city.

Over the development, Bescom Managing Director Rajendra Cholan told DC, “The Centre has asked us if we have the surplus energy to supply to charging stations and we have told them we can supply power without any hassles.”

Further, plans are on the cards to open EV charging stations on highways connecting Mysuru, Tumakuru and Chennai. Bescom has also announced to provide full technical support to any private players who want to set up charging stations in the city.

A report entitled Indian Automotive Industry Unlocking the Potential of Electric Mobility, prepared by consultancy firm Mazars, has highlighted the importance to set up an independent body to boost mass acceptance of electric vehicles in India.

It suggests a dynamic framework to design, implement, run, monitor and evaluate each phase of production and adoption to boost the mass acceptance of electric vehicles in the country. Further, the report pointed at the need for direct and indirect incentive schemes for consumers and merchants to promote EVs.

“This involves overseeing the consortium between the government and private players, as well as fostering partnerships with electricity grid and distribution players. Emphasis should also be placed on collating and analysing EV-related data to put it forward as the Digital India initiative,” the report said.

All-electric Fleet Possible Only By 2050 In India, Says Toyota

Japanese automaker Toyota India has stated that a complete electrification of vehicles in the country is possible only by 2050, citing insufficient EV charging stations as a reason for the delay. The officials from Toyota was speaking during the launch of Yaris sedan in Telangana.

The automaker further added that hybrid vehicles can act as “interim” solution till the total electrification is achieved.  “In the interim period, we believe that the ideal solution is hybrid vehicles,” it said.

Indian automaker Mahindra & Mahindra Ltd has signed a MoU with the Maharashtra government to further its next phase of EV expansion. As part of the MoU, the company will invest $74.2 Mn (INR 500  Cr) in its Chakan plant for manufacturing EVs e-motor, controller, battery pack and other components.

Another MoU was signed to enable both the company and the government to work closely with various fleet partners, taxi aggregators, logistics companies, among others to deploy 1,000 electric cars over the next one year. The government has conferred the status of ‘Pioneer Mega Project’ to this proposed expansion.

The first deployment will see 25 e2oPlus vehicles ported on the Zoomcar platform in Mumbai, on World Environment Day. The range of applications for the deployment of these EVs across the key cities include ferrying corporate employees to and from office, taxi hailing, ride sharing and self-drive car rental, among others.

Marked as a major step towards the ACT (Australian Capital Territory) government’s zero net emissions by 2045 target, it has announced plans to set up 50 new EV charging stations on government property in Canberra, tripling the number of public charging stations currently available.

Minister for Climate Change and Sustainability Shane Rattenbury has said that the upcoming budget will include $456K AUD for installation of the standard dual electric vehicle charging stations over the next year.

“With transport expected to create over 60 per cent of the ACT’s emissions by 2020, mostly from private cars use, we’re acting to ensure that the territory is well-placed to transition towards electric vehicle use – in line with global market trends,” Rattenbury said in a statement.

Further, the ACT government would consult with the NSW government and local councils to encourage more charging stations in regional areas. In April, there were less than 300 electric vehicles registered in the ACT.

10K Tesla Superchargers Across The Globe By 2019

From January to May 12, Tesla has added 121 new stations. Tesla is installing Superchargers in urban areas where city dwellers and out of town visitors can easily charge. These stations are placed at convenient locations like grocery stores, downtown districts and shopping centres, so charging fits seamlessly into your life.

Musk on Sunday tweeted a global map of the upcoming Supercharger stations, mainly in Europe, North America and China. Superchargers deliver energy rapidly and gradually slow down as the battery fills.

With the approval of the country’s sustainable low emission urban transport systems project, Bhutan is all ready to set up 23 EV charging stations at the peripheral locations in Thimphu and nearby Dzongkhags. The ministry, with support from GEF, has been working for the past eight months on the project.

Bhutan information and communications secretary Dasho Karma W Penjor said the project’s main aim is to decrease pollution by shifting to electric vehicles. He added, “If you are interested in the project, you can register with the ministry or with RSTA.”

Further, the secretary said that taxi drivers choosing electric cars would have the TOP transferred to the electric car and will not receive a new TOP. “The main aim has been to decrease the petrol and diesel vehicle users.”

British Milkman Is Going Electric With Support From DHL

“Now, they are going to start making these deliveries with DHL’s electric Streetscooter vehicle,” Patrick Müller, Managing Director of Milk & More said. They use battery modules made by BMW for their i3 electric vehicles.

Last year, DHL announced that Ford won an important contract to build 2,500 of the bigger version of the all-electric Streetscooter van for the logistics company. Streetscooter is not DHL’s only electrification effort. The company is also buying electric trucks from Daimler and Tesla.