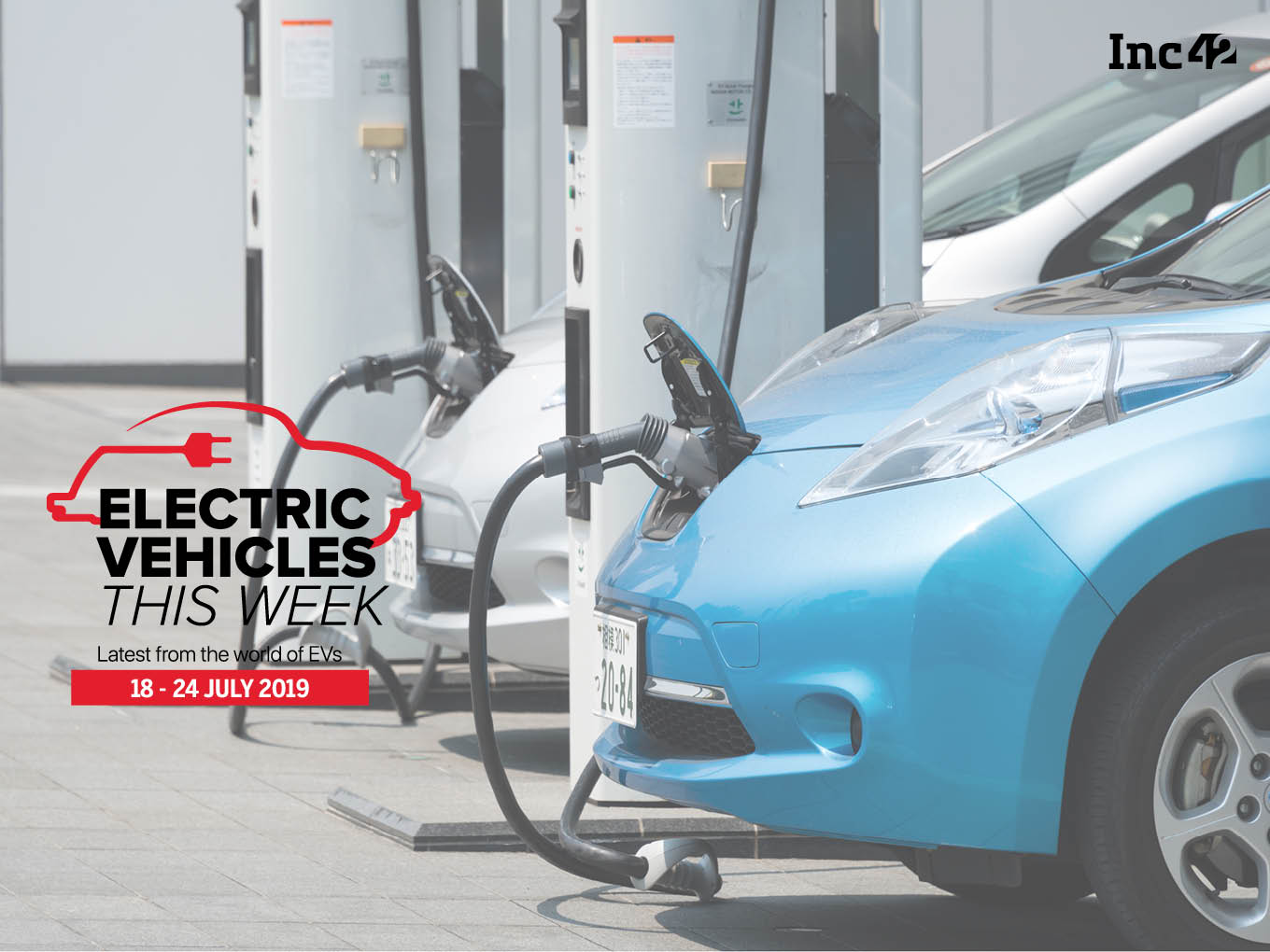 Earlier this week, the Ministry of Heavy Industries released a notification inviting proposals from municipal corporations, PSUs (public sector undertakings) and public/private entities, for the development of EV charging infrastructure in India. The notification is initially planning to set up 1,000 EV charging stations. These charging stations will be sanctioned to different states/cities/entities after evaluation of the received proposals, it added. This investment towards the deployment charging stations is said to be a part of the government’s FAME II initiative.

Further, the much-discussed tax cut on electric vehicles is set to be finalised by the GST Council this week. The council was earlier reported to have, by and large, agreed on the tax reduction, despite concerns from some states about the move.

Finance Minister, Nirmala Sitharaman has said in her 2019 budget speech that GST Council will be considering the slashing down of GST on EVs from existing 12% to 5%.

Another new development in the government’s ongoing efforts to push green mobility alternatives are the plans of an electric highway pilot.

In his recent address at the Lok Sabha, the Indian minister for road transport and highways, Nitin Gadkari had said that the ministry in association with heavy industries department will run a pilot for the electric highway. This would be set up on a 10Km stretch of the upcoming Delhi-Mumbai expressway, the minister added.

Uber Technologies has partnered with Sun Mobility to deploy electric autos on its platform. As part of the alliance, SUN Mobility will offer its energy infrastructure platform, which includes swappable smart batteries and quick interchange stations to select original equipment manufacturers (OEMs) for building electric autos.

Cellestial E-Mobility has raised $200K funding from a Singapore-based angel investor Meka Sudhakar Reddy. The Hyderabad-based company claims to be in the advanced stage of developing electric tractors. According to the founder of Cellestial E-Mobility, Siddhartha Durairajan, the company will be launching the first prototype of their electric tractor in the next one month.

After the recent launch of Ather 450 and 340 in Chennai, the electric motorcycle manufacturer Ather Energy has now set up its Ather experience centre called Ather Space, this Wednesday (July 24). Ather Space was designed to educate customers about electric vehicles while providing a holistic experience in an interactive space. The company had inaugurated the first experience centre in Bengaluru in June 2018.

Grofers To Add 500 E-Vans To Its Delivery Fleet

Grocery delivery startup Grofers has announced plans to deploy 500 electric vans across its 13 operational markets by the end of 2019. The company has initially started with the deployment of 50 such vehicles in its Jaipur delivery fleet.  According to the company, the latest addition of electric vans will help Grofers to cut delivery costs by up to 50% and reduce its carbon footprint by more than 40%.

As part of a UK-India knowledge exchange programme on electric mobility, representatives from UK government along with a mix of private sector organisations have recently visited Mumbai, Pune and Hyderabad. A similar visit was organised by an Indian delegation which had visited the UK last month.  These visits are a part of a scoping project exploring future partnerships between the UK and India on electric mobility.

Startup of the week: SmartE

Delhi-based electric rickshaw provider SmartE has raised INR 100 Cr in series B funding from the Japanese conglomerate Mitsui and Co. The company will use these new funds to expand into new markets.

SmartE operates a fleet of more than 1K e-rickshaws in Delhi NCR. Goldie Srivastava, cofounder and CEO of SmartE said that the company plans to grow the fleet of electric three-wheelers to 10K units and expand operations to at least two cities in South India and three in the North India over the next two years.

SmartE has made strategic partnerships to set up five large EV charging depots, which also serve as parking lots for the e-rickshaws in the night. These charging depots serve as a plug-in as well as battery-swapping station and are built within 2-3 Kms of select metro stations in Delhi, Gurgaon and Faridabad.

California-based startup Ampaire, has recently experimented with retrofitting of an electric motor in a 50-year-old five-passenger aeroplane. The company cofounder and CEO, Kevi Noertker estimated that the hybrid plane would use 55% less fuel than an unmodified plane. It will also cost up to 50% less to maintain and offers a range of 200 miles, he added. Venture capitalists have invested nearly $250 Mn for electric-aviation startups since 2017.

Asian automobile maker BYD and Toyota are partnering to develop electric cars and batteries. The partnership is announced with a plan of launching jointly developed vehicles by 2020. Further, the companies are said to be building electric sedans and ‘low-floor’ SUVs which are expected to be launched in China under the Toyota name by early 2020.