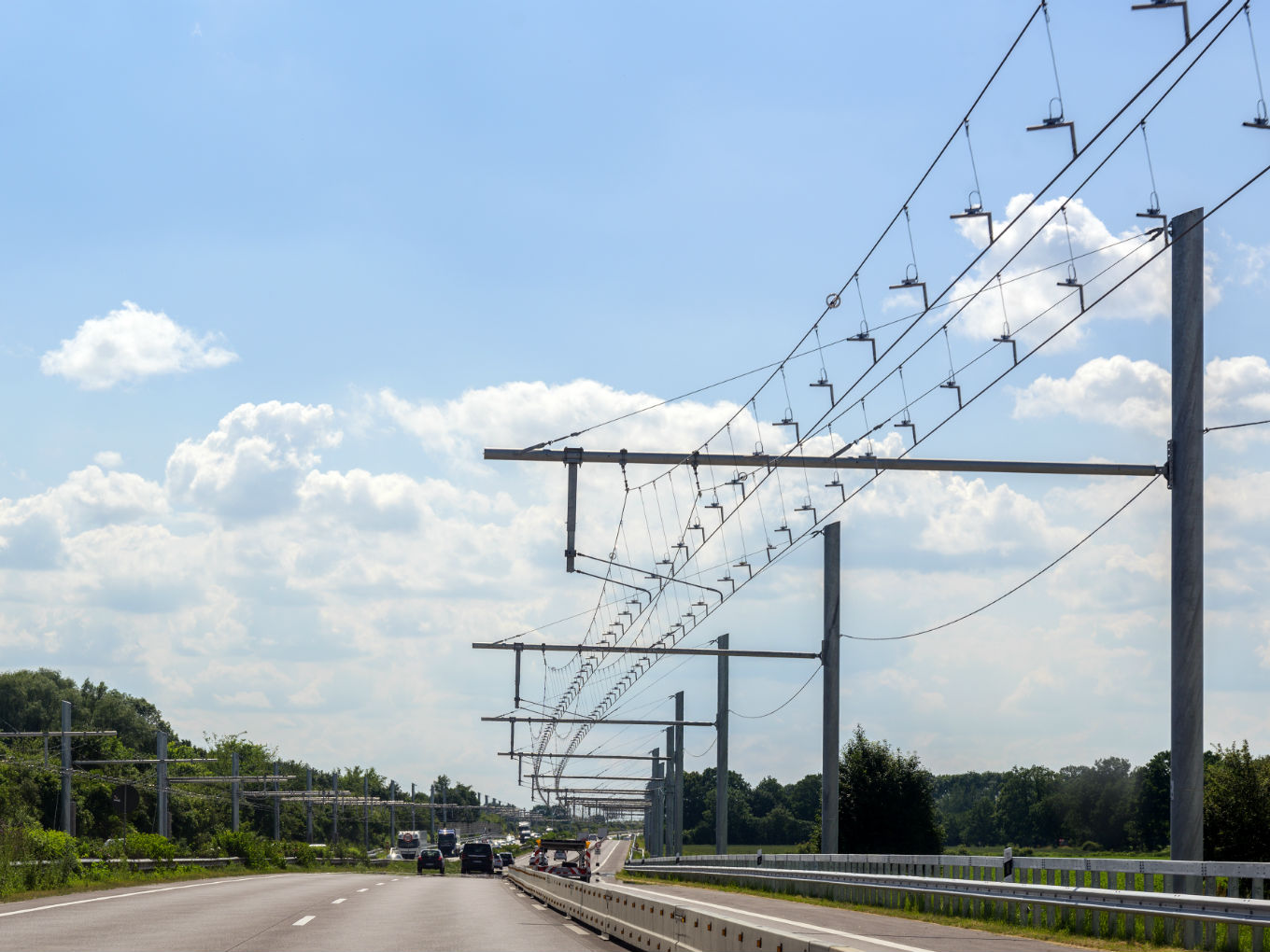 In a major step towards fulfilling India’s electric mobility dreams, the government is now exploring setting up a pilot project of electric highway. The project could be launched in the next two-three years, if everything goes to plan.

Addressing the Lok Sabha, the minister for road transport and highways, Nitin Gadkari said that the ministry in association with heavy industries department will run a pilot for the electric highway. This would be set up on a 10-Km stretch of the upcoming Delhi-Mumbai expressway.

Reports said that this pilot will cost INR 200 Cr as systems including overhead cable and substations have to be set up for a trial run. The minister said a truck manufacturer would have to be enlisted to produce some prototypes. Gadkari explained the process saying that the trucks of 80 tonnes will be deployed and these will have electric cable to draw power from the overhead cable network. There will be two tracks and trucks with containers can run at 100kmph.

The trucks will run on electricity for 20 Km and the battery will get charged to run on stretches where there is no overhead wire.

“Again, after some kilometres, these can tap the overhead wire and simultaneously get charged again while running,” Gadkari said. He also said that logistics cost will also reduce substantially.

Along with this, the government is also exploring setting up a Metrolite — barricaded light rail network passing through Tier 2 and 3 cities. Both will have overhead electric supply to power the engines of trucks, buses and light Metro rails.

The concept of electric highways has picked up pace over the last few years. In May, the A5 motorway was launched outside Frankfurt, Germany. Developed by Siemens, the electrification system went into effect on 10 Km of autobahn, allowing trucks with the necessary equipment mounted on their roof to use the electrified cables to travel at speeds of up to 90 Kmph (56 Mph) without needing to use any diesel fuel, and converting back to diesel-powered internal combustion once they leave the electrified stretch.

In September 2016, Gadkari had said that India has sought a proposal from Sweden to build electric highways in the country, which would be able to support trucks and other such heavy vehicles in open traffic.