SmartE Raises Series B Funding From Japan’s Mitsui And Co

SmartE Raises Series B Funding From Japan’s Mitsui And Co

With this funding, SmartE plans to expand its operations to other Indian states 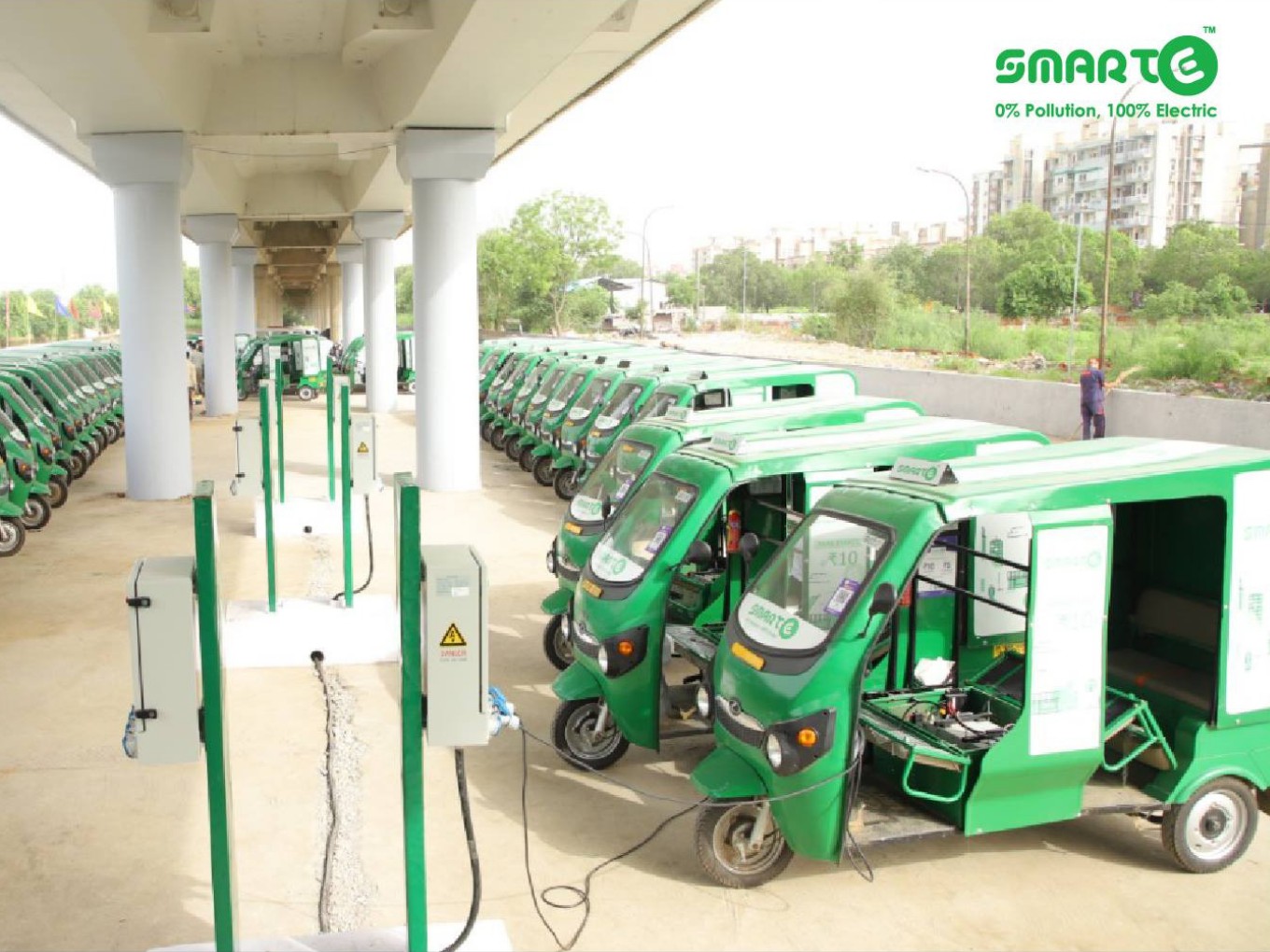 Delhi-based electric rickshaw provider SmartE has raised INR 100 Cr in series B funding from the Japanese conglomerate Mitsui and Co. The company will use these new funds to expand into new markets.

SmartE operates a fleet of more than 1K e-rickshaws in Delhi NCR. Goldie Srivastava, cofounder and CEO of SmartE said that the company plans to grow the fleet of electric three-wheelers to 10K units and expand operations to at least two cities in South India and three in the North India over the next two years.

SmartE has made strategic partnerships in to setup five large EV charging depots, which also serve as parking lots for the e-rickshaws in the night. These charging depots serve as a plug-in as well as battery swapping station and are built within 2-3 Kms of select metro stations in Delhi, Gurgaon and Faridabad.

The company claimed to have more than 800 EV charging stations in Delhi NCR and is building another six such EV charging depots. Earlier in 2017, SmartE had raised $5 Mn Series A from Singapore’s Ecotransit Investments International. Till now, the EV startup is estimated to have raised over INR 132 Cr.

“The deployment of electric three-wheelers in first and last mile connectivity operations is now a proven business model. We plan to scale up to 100K EVs in next five years with different milestones in between as we grow gradually,” Goldie said.

Recently at a Lok Sabha session, India’s transport minister Nitin Gadkari claimed that India has 3.97 Lakh registered electric/battery operated vehicles as of July 9.  Further, according to the minister, Uttar Pradesh has the highest number of registered EVs amounting to 1.39 Lakh. The northern state was followed by Delhi and Karnataka standing at 75.7K and 31.94K registered EVs respectively.

Earlier last week, a digital retail and egovernance store network Vakrangee has also announced  plans to leverage its pan-India network of 3.5K centres to establish an electric vehicle charging infrastructure across the country.

In the recent announcement of Union Budget 2019, India government has also shifted its focus from subsidies and incentives to building an EV infrastructure in the country through a new scheme promote the foray of global manufacturing companies to India.

In addition to this, the finance minister has also proposed additional income tax deductions of INR 1.5 Lakh on the interest amount for electric vehicle loans. Along with governments earlier plans to bring down GST on EVs from 12% to 5%.