Only 1,308 EV sold in India between April and Nov

EESL partners with Hindustan Petroleum To set up charging points 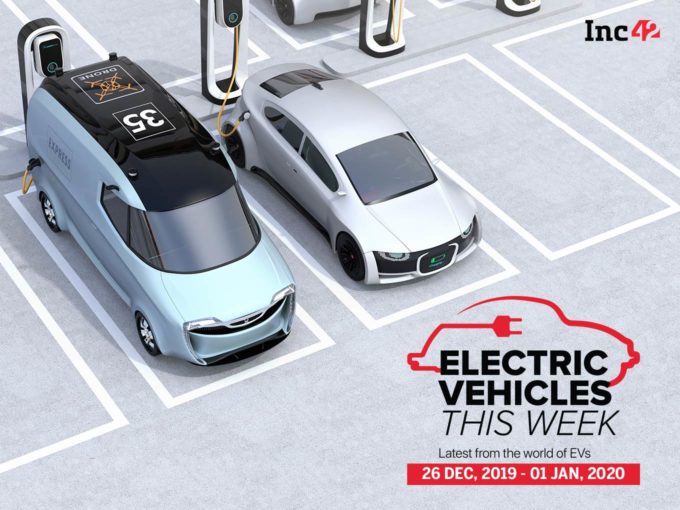 Even though the Indian government is aggressively pushing emobility in India, the efforts have not really given many results. According to ET’s findings, online 1,308 units of electric vehicles (EV) were sold between April and November 2019, recording only 0.07% rise.

The report added that Mahindra and Mahindra managed to sell 513 units of e-Verito, followed by Tata Motors’ Tigor that sold 491 units. Both the vehicles are also procured by the Indian government to be included in its fleet. In addition, Hyundai’s Kona, which was launched in July this year, sold 280 units and Mahindra’s e20 sold only 25 units.

The report hints that the slow growth of EVs in India can be attributed to the limited options in the passenger car segment.

Piaggio To Sell E-Rickshaws In India

Auto manufacturer Piaggio Ape launched its e-rickshaw Ape E-City, which comes with the battery-swap technology. The e-rickshaw is said to cost below INR 2 Lakh, around the same price as the LPG-fuelled model.

Tata Motors has signed a deal with Delhi-based mobility service provider, Prakriti EMobility Pvt Ltd, to supply 500 extended Tata Tigors. In October 2019, Tata Motors revealed the extended range of Tigor Electric that can go up to 213 Km. Tata Motors will supply the first batch of 160 extended Tigor by January 2020.

State-run Energy Efficiency Services Limited (EESL), in collaboration with Hindustan Petroleum Corporation, will be setting up EV charging points across India. The charging point will be equipped to charge electric two, three and four-wheelers.

Electric two-wheelers Ampere Vehicles launched its electric scooter Reo Elite this week. The company claims that the users do not need a license or any sort of registration due to its low speed. The vehicle can cover up to 55-65 Km on a single charge and can go up to 25 Kmph. Ampere’s Reo Elite price starts at INR 45,099.

This week, Greaves Cotton-owned Ampere Vehicles also expanded into 23 new dealerships across India. With the new dealerships, the customers will have easier access to the company’s range of electric scooters.

Startup Of The Week: Prakriti EMobility

Incorporated in December 2019 by Nimish Trivedi, Vikas Bansal and Rajeev Tiwari, Prakriti EMobility is an exclusive all-electric cab-hailing service. The company will start its operations in Delhi this January through its cab-hailing mobile app, Evera.

This month, the company also signed a deal with Tata Motors to procure 500 extended Tigor Electric. Tata Motors will supply the first batch of 160 vehicles in the first two weeks of January 2020. The company plans to scale up its fleet to 5,000 vehicles within two years.

According to media reports, the company is also underway to establish new strategic partnerships to boost the charging infrastructure across the Delhi NCR region.

Tesla delivered 15 China-built electric cars assembled at its Shanghai plant. The Shanghai plant is Tesla’s first manufacturing unit outside the US. Tesla will start delivering vehicles to customers in January, the company’s top executives announced at a ceremony to celebrate the delivery of its first China-built cars.

Many States In US Impose Special Charging Fee

Electric Vehicles owners in at least eight states in the US will have to pay a special fee to charge their electric cars. Even though electric vehicles make up for less than 2% of the new vehicle sales in the US, the state government hopes that the special fee will help make up for the lost gas tax revenue.