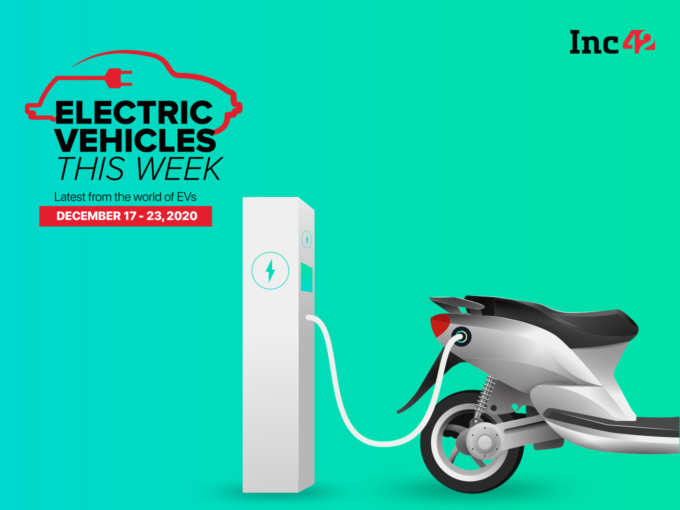 The biggest development in the electric vehicles (EV) segment has to be Apple’s potential entry into the self-driving electric mobility space by 2024. According to a Reuters report, the tech giant is moving forward with self-driving car technology and is targeting 2024 to produce a passenger vehicle that could include its own breakthrough battery technology.

The report highlighted that Apple has been working on its automotive efforts, Project Titan, since 2014 when it first started to design the vehicle from scratch. A “new battery design that could reduce the cost of batteries and increase vehicles range is central to Apple’s strategy.

According to people aware of the matter, Apple could rely on manufacturing partners to build “Apple-branded cars”. However, there is also a possibility that Apple may reduce the scope of its vision to an autonomous driving system and then incorporate it into cars made by traditional automakers.

Two people aware of Apple’s plans have warned that the pandemic-related delays could push the start of production into 2025 or beyond.

The government of Karnataka has approved the investment of INR 22,419 Cr of three different proposals involving EV and lithium-ion battery manufacturing. These proposals include INR 14,255 Cr of Elest Private Limited, INR 6,339 Cr of  Elest Pvt Ltd and INR 1,825 Cr by Hyundai Private Limited. These projects reportedly have the potential to create 5,000 new jobs.

Ola Scouts For Land To Build Charging Network In India, US

Bengaluru-based ride-hailing major Ola is looking for sites to build its network of electric scooters’ charging stations across India and Europe. Earlier this month, it signed an MoU with the Tamil Nadu government to set up the world’s largest electric scooter factory in the state. It has an initial production capacity of 2 Mn such vehicles annually.

The company is looking to generate an investment of around INR 2,400 Cr to build a network of charging stations for electric two-wheelers in India and Europe.

Amritsar-based electric bike rental company eBikeGo has launched a EV service training programme to upskill the mechanics of fuel-run two-wheelers and turn them into EV specialists. The programme will be launched across 5 major cities like Delhi NCR, Mumbai, Bengaluru, Hyderabad and Chennai. It will last upto 30-45 days.

During this EV service training programme, the company will provide training manuals, 14 hours video tutorial wherein the mechanics will learn basics about EV, its issues and how to repair them. It will also help the people to figure out what kind of skill set and toolbox is required to repair EV.

Commenting on their association, Pankaj Sharma, cofounder of BattRE says, “We are pleased to team up with Europ Assistance for our entire range of Electric vehicles. As we aim to expand to other cities, BattRE would like to extend 24×7 support around the clock to our customers.”

SUN Mobility To Set Up 100 BatterySwap Stations In Bengaluru

SUN Mobility has announced plans to roll out 100 battery swapping stations called Swap Points in Bengaluru by the end of 2021. Currently, there are four swap points at Indian Oil Corporation Limited (IOCL) outlets.

Japan-based automaker Toyota will introduce a two-seater compact EV next year in Japan with an initial sales target of around 100 vehicles for business and local government. The rollout will be in line with the Japanese government’s plan to make all new vehicles fully electric or hybrids by the mid-2030s.

The company expects demand for the latest model for short-distance travel in cities and mountainous areas. Sales to the general public are expected to follow the initial rollout, after 2022.

A German Court has ordered electric car maker Tesla to stop cutting trees on the peripheral parts of the site it has planned to use for its factory. The court is concerned that the mass forest clearing may pose a threat to protect wildlife.

The development comes after the US-based company for initial approvals for the projects from the state of Brandenburg and a lower court.