Electric Vehicles This Week: Policy On EV Charging Infrastructure To Be Out In 15 Days; EESL Floats Tender For 10,000 EVs

Electric Vehicles This Week: Policy On EV Charging Infrastructure To Be Out In 15 Days; EESL Floats Tender For 10,000 EVs

Important Developments From The World Of Electric Vehicles [1-7 March] 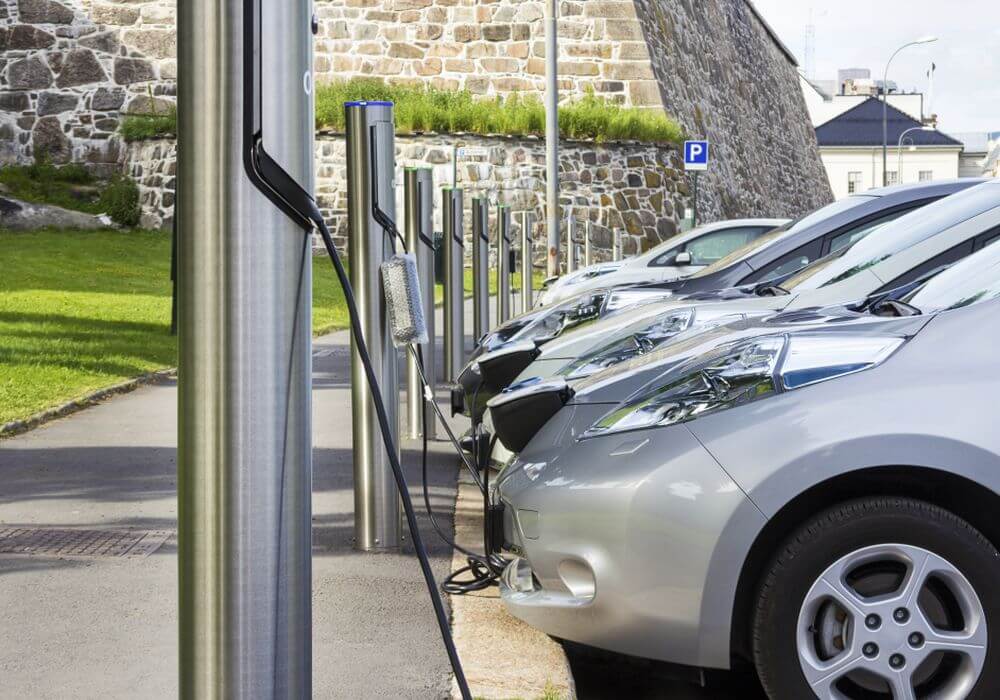 Making India proud this week, Tata Motors unveiled its all-electric sedan concept, E-Vision, at the ongoing 2018 Geneva International Motor Show. The E-Vision is a large saloon with a range of 300 kms per charge and can attain speeds of 100 kms from zero in seven seconds.

The country’s first EV maker Mahindra and Mahindra, on the other hand, set to help Ford build its cheapest electric car globally. As per sources, the Mumbai-headquartered automotive giant will be assisting Ford to develop an electric version of its Aspire entry sedan.

In other news, Mumbai-headquartered JSW Energy, a division of Sajjan Jindal-led JSW Group, has announced the acquisition of JSW Electric Vehicles, as part of its aim to foray into the country’s growing EV market.

During a recent media interaction, Union Power Minister R.K. Singh announced that a definitive policy on electric vehicles and charging infrastructure will be released within the next 15 to 20 days.

Given that so much has been happening in the country’s electric vehicle sector, we bring to you the 15th edition of the weekly EV roundups.

The country’s first EV manufacturer Mahindra and Mahindra is set to help Ford build its cheapest electric car globally. As per reports, the Mumbai-headquartered automotive giant will be assisting Ford to develop an electric version of its Aspire entry sedan.

If it goes according to plan, the car is expected to hit the market by next year. A source close to the development said, “Ford has gained tremendously from Mahindra’s strength in electric vehicles technology. The Aspire will be the first to hit the roads and, unlike its existing petrol/diesel version, which is under four metres in length, the electric variant will be a longer one.”

The two companies had earlier signed an MoU to build a new electric sedan. At the time, it was reported that Ford would be adopting Mahindra’s EV technologies for its entry-level cars, Aspire and Figo.

Mumbai-headquartered JSW Energy, a division of Sajjan Jindal-led JSW Group, has announced the acquisition of JSW Electric Vehicles Pvt. Ltd. The move is line with the company’s aim to diversify its business by foraying into electric vehicles, energy storage systems and charging infrastructure segments.

Prior to the acquisition, the shareholders of JSW Electric Vehicle include Magnificent Merchandise and Advisory Services and Parth Jindal (a promoter of JSW Energy). At present, JSW Electric Vehicles has a paid share capital of $1,536.8 (INR 1 Lakh).

Through the acquisition, JSW Energy will now deal in the manufacturing of electric motor vehicles, EV components, spare parts, engines, appliances and apparatus, equipment, among others. Earlier, in August last year, the company committed $545.72 Mn-$623.68 Mn (INR 3,500 Cr-INR 4,000 Cr) investment towards its electric vehicles and energy storage business for the next three years.

The E-Vision by Tata Motors is a large saloon, which is a car with a closed body and a closed boot separated from the part in which the driver and the passengers sit. The vehicle has a range of 300 kms per charge and can attain speeds of 100 kms from zero in seven seconds.

Speaking at the motor show, Guenter Butschek, MD of Tata Motors said, “The E-Vision sedan concept is one of the most definitive and aspirational product by an Indian OEM and will be a game changer, reiterating our commitment to offer world-class design, technology and drive the EV revolution to build a sustainable future.

The move is in line with the company’s aim to electrify a majority of its vehicles by 2022. At the motor show, UK-based Jaguar also launched its electric car, called I-Pace, for the lay users.

In a bid to provide an impetus to the entire e-mobility ecosystem in the country, the Union Minister of State (IC) Power and New and Renewable Energy R.K. Singh launched the National E-Mobility Programme yesterday.

The programme aims to facilitate the production of EVs by supporting vehicle manufacturers, charging infrastructure companies, fleet operators, service providers, etc. It will be implemented by EESL, which will aggregate demand by procuring electric vehicles in bulk to get economies of scale.

Speaking at the launch, Secretary, Power Shri Ajay Kumar Bhalla said that the Indian government is focusing on creating charging infrastructure and policy framework so that by 2030 more than 30% of the vehicles are EVs.

The Supreme Court of India has asked the Centre to file an affidavit on the issue of subsidy on diesel vehicles and the imposition of 150% import duty on electric vehicles, especially in light of the burgeoning air pollution problem.

A bench comprising Justices A. K. Sikri and Ashok Bhushan has asked the Centre to submit the affidavit within 30 days. Advocate Gopal Shankarnarayanan, who was representing some of the petitioners, the subsidy on diesel vehicles has resulted in the increase of its sales from 30% to over 65% in Delhi alone.

In response to the plea, the bench said, “Let us see what the Union of India says in its reply. We know there are other causes which are bigger. We will look into that.”

Energy Efficiency Services Limited (EESL) is set to float another global tender for 10,000 electric vehicles today as part of the government’s electric mobility programme. Confirming the news, Minister of State for Power R.K Singh said, “The demand for e-vehicles is constantly rising across various departments of the union and state governments. To cater to the growing demand, EESL will issue a fresh tender tomorrow for procuring additional 10,000 electric cars.”

Government-run EESL invited tenders for up to 10,000 electric vehicles and 4,000 EV charging stations in September 2017. The tender was eventually awarded to Tata Motors, while Mahindra said it would match Tata Motors’ lowest bid of $15,534 (INR 10.16 Lakh) per vehicle.

In a related development, EESL, which is a joint venture of NTPC Limited, Power Finance Corporation, Rural Electrification Corporation, and POWERGRID, has announced in principle to invest a capital cost of $1.5 Bn (INR 10,250 Cr) in Andhra Pradesh, along with an operational investment of $307.2 Mn (INR 2,000 Cr) per year, for the development and deployment of 100K electric vehicles.

Commenting on the development, Andhra Pradesh Chief Minister N. Chandrababu Naidu stated, “All government departments should go for e-vehicles, and the plan would later be extended to the private sector as well. Andhra Pradesh is ranked number one in ease of doing business, energy efficiency, promotion of renewable energy sources, 24X7 quality power supply. We should create a world record even in usage of e-vehicles.”

A definitive policy on electric vehicles and charging infrastructure will be released within the next 15 to 20 days, said Union Power Minister R K Singh earlier this week. According to sources close to the development, a draft policy has already been finalised by the Central Electricity Authority (CEA).

During the launch of the National E-Mobility Programme, Singh said, “The policy would not only erase confusion in the market but will provide norms for bidding, installation and power sale price of charging stations, among others.”

He further added that the new policy will view those offering EV charging infrastructure solutions as service providers and not power sellers. This would, in turn, eliminate the need for a license to set up charging stations.

“Besides, we also have a plan for electric vehicle charging infrastructure in the next 15-20 days for setting up charging stations along corridors to be identified,” he added.

While the Indian government’s updated goal of attaining 30% electric vehicles by 2030 seems more achievable than its previous target, the growing interest among stakeholders indicates the increasing acceptance of EVs among Indians. For widespread adoption of electric mobility solutions, however, there has to be a robust network of EV charging stations across the country. Keeping that in mind, the CEA is also considering introducing special pricing for charging of electric vehicles.

With EESL floating another global tender for 10,000 electric vehicles and companies like Mahindra and Tata Motors actively working on building indigenous solutions, the shift to electric vehicles could potentially help India save up to $300 Bn (INR 20 Lakh Cr) in oil imports and nearly 1 gigatonne of carbon dioxide emissions by 2030, as per a recent report by FICCI and Rocky Mountain Institute.