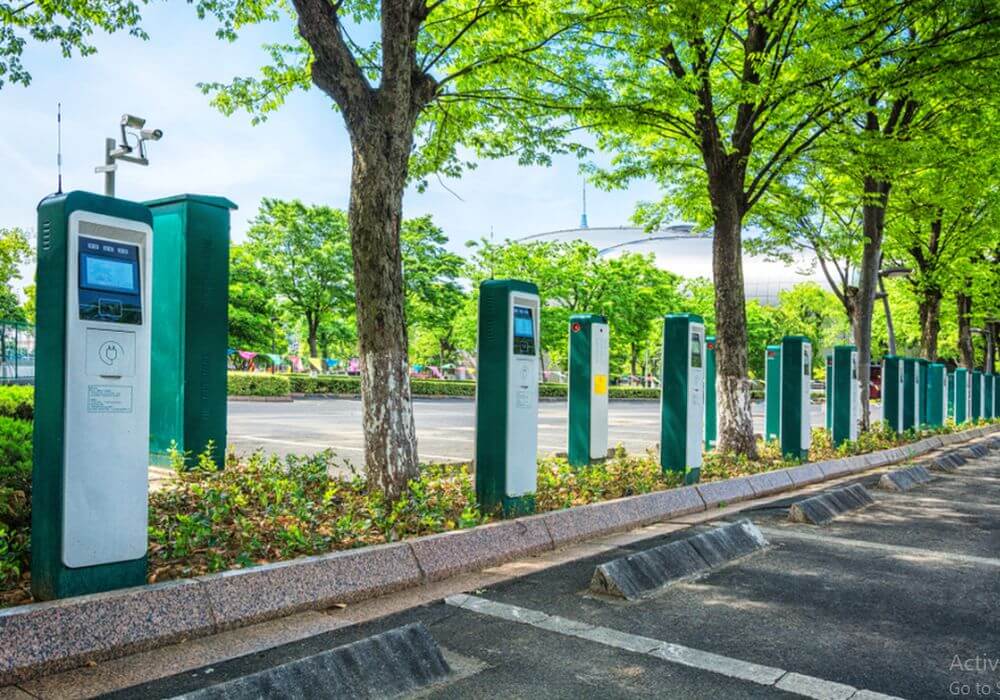 This Is Part Of The Government’s Efforts To Procure 10,000 EVs and 4,000 Charging Stations

With the first phase of the electric vehicles tender slated for November, the Government of India has reportedly invited snap bids for EV chargers to ensure adequate charging infrastructure for 500 electric sedans that the government will procure next month. The bid is scheduled to take place today. This comes at a time when the Telangana government has created a draft policy on electric vehicles, just over a month after Karnataka became the first Indian state to roll out the Electric Vehicle and Energy Storage Policy 2017.

So far, 14 companies, including ABB, Siemens, BHEL and Delta Power Solution India, have submitted their bids on electric vehicle charging stations. Before the tender is finalised, all providers will have to get their chargers tested at IIT Madras.

An official close to the development stated, “The technical qualification was that they will have to get their chargers tested at IIT Madras. Only when the testing is complete, the price bid will be open. The financial bid will open for only those who pass the test at IIT Madras. Cars will start coming in November. If the testing at IIT Madras is taking time, snap bid is the only way to ensure there is charging infrastructure available by the middle of next month.”

According to sources, two companies have already got the technical testing done.

The cost of setting up a rapid-charging outlet, he added, is around $38,245 (INR 25 Lakh), while that of a slow charging station will be around $1,529 (INR 1 Lakh). At this price, building an extensive network of charging stations across Delhi would require an investment of more than $504.7 Mn (INR 3,300 Cr) over the course of five years.

Telangana In The Process To Roll Out Electric Vehicles Policy

In a related development, the Telangana government has reportedly prepared a draft policy on electric vehicles, with a focus on benefits for EV manufacturers. After Karnataka, Telangana is the second Indian state to consider instituting a policy for electrically-powered cars.

As per sources, the policy is divided into three sections for manufacturers, users and support mechanisms, respectively. Confirming the development, Jayesh Ranjan, the state’s IT and Industries Secretary, said, “The policy has been drafted. We have consulted the industry (players) to find out what are their expectations and most of those expectations have been included in the draft policy.”

For manufacturers, Ranjan stated, there will be a host of benefits, advantages and infrastructure support. Buyers will also be offered assistance in making the switch from conventional fossil fuel-driven cars to EVs.

A section of the policy will also focus on electrifying public transport, including buses, taxis and autorickshaws. As per reports, the draft policy will soon be shared with a number of other government departments.

In the second week of September, EESL, a joint venture of NTPC Limited, Power Finance Corporation, Rural Electrification Corporation, and POWERGRID, floated a tender for 10,000 EVs and 4,000 charging stations in Delhi/NCR. The Government is also gearing up to float a tender for up to 50,000 electric three-wheelers by December 2017.

At the time, Kumar revealed that the move was part of a bigger initiative aimed at putting more than 1 Mn electric three-wheelers and 10,000 electrically-powered city buses on the country’s roads by mid-2019.

He said at the time, “We have a thing that we start small; we try to do things right, and then immediately scale it up to things that people can’t even imagine. We are testing a business model. This is a signal to the industry that government is serious about it. Once you have 4,000 charging stations, once you have 10,000 vehicles in Delhi and NCR, people will start demanding electric cars.”

Within two weeks of the announcement, the government awarded Tata Motors the tender, while Mahindra said it would match Tata Motors’ lowest bid of $15,534 (INR 10.16 Lakh) per vehicle. It was also reported that the central government was holding discussions with 50 domestic and global companies to raise massive investment for purchasing and deploying electric vehicles, three wheelers, batteries and charging stations across the country.

All these initiatives are in line with the government’s aim to turn India into an all-electric nation by 2030. To support the government in its efforts, several states like Karnataka and Telangana are coming forward with their own policies for electric vehicles. However for such an ambitious goal to materialise, having a robust network of EV chargers across the country is essential.