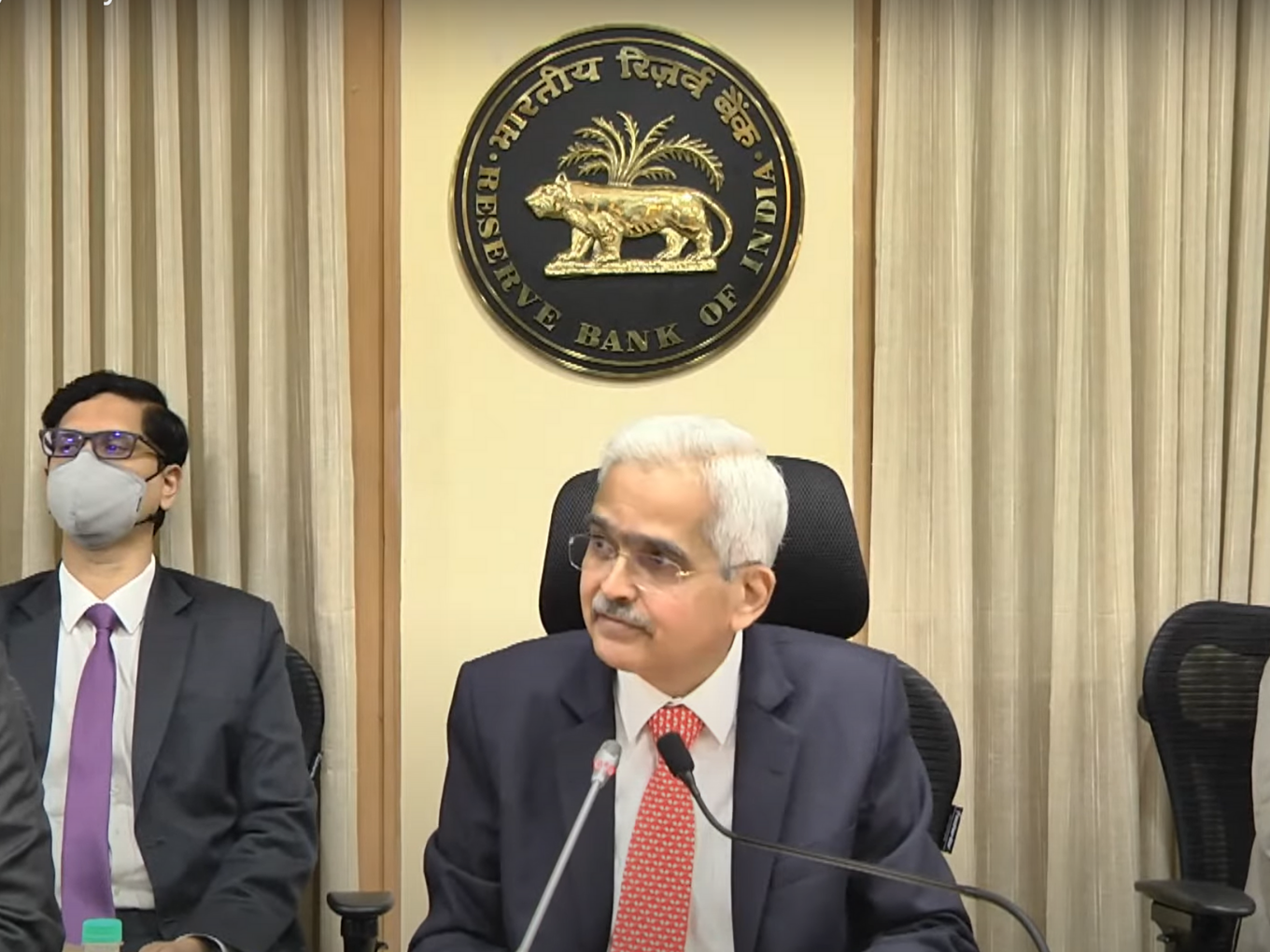 “Whether the complaint is made directly or indirectly, even on social media, we act on it on an individual basis, said RBI governor Shaktikanta Das

Last year, RBI had constituted a committee to form a draft report on digital lending, including lending through online platforms and mobile apps

RBI has already received more than 650 suggestions/comments from industry stakeholders; a final decision on the same are expected to be released in a few months

The Reserve Bank of India is looking into the complaints against digital lenders and is taking quick steps to address the issue, governor Shaktikanta Das said on April 8, addressing reporters in the post policy press conference.

“Whether the complaint is made directly or indirectly, even on social media, we act on it on an individual basis,” said Das.

There have been ample complaints made against digital lenders over the disbursement of loans without consent. Many consumers also took to social media recently to complain about a sudden drop in credit scores after they found buy now pay later (BNPL) loans issued under their names without any requisite consent.

Last year, RBI had constituted a committee to form a draft report on digital lending, including lending through online platforms and mobile apps. Das said that RBI has already received more than 650 suggestions/comments from industry stakeholders and their examination is almost over.

RBI’s final decisions on the same are expected to be released in a few months.

In addition, the RBI also stated it is acting on any know your customer (KYC) issues and complaints on KYC irregularities.

“Wherever we have seen cases where irregularities have happened we are looking into it and based on the outcome of our investigation appropriate action could be initiated,” said RBI deputy governor M Rajeshwar Rao.

Accepting that there are certain operation issues also in the KYC, Rao added, “Internally we are looking at the KYC issues and, if required, we will look at what kind of amendments are required for the regulation and make it simple, but at the same time effective and address the concerns around KYC on an ongoing basis.”

These lending tech startups have been innovating with models such as sachet credit and BNPL products and are making the most of this opportunity with such niche products. While the convenience of digital lending has undoubtedly been a great success story in India, it also came with a few caveats, including customers complaining about issued loans without consent, issues with loan recoveries, and more.

When the problem of collections and harassment by lending platforms started coming into the public, the RBI started warning against the adoption of unacceptable and high-handed recovery methods and misuse of agreements to access private data.

Many digital lenders seemed to be taking the opportunity of the country’s mass financial illiteracy and financial loan requirement, especially during the pandemic.

The committee set up by RBI has already found that more than half of about 1,100 digital loan providers are operating illegally.

Meanwhile, according to a Statista report, digital lending is one of the fastest-growing fintech segments in India that grew exponentially from $9 Bn in 2012 to about $110 Bn dollars in 2019. It is expected that the digital lending market would reach a value of around $350 Bn dollars by 2023.

In the BNPL segment, Indian users seem to lead the globe in their intent to use BNPL services in the near future, Inc42 reported last week. This was according to a new report released by a UK-based market research firm, YouGov.

The data from the report suggests that 22% of Indian consumers made purchases via the BNPL scheme in the last three months. India came third on the table, trailing only behind Indonesia (27%) and Mexico (24%).

Some major Indian startups in the BNPL space include ePayLater, Simpl, and ZestMoney, which are competing with the ecommerce companies and fintech players such as Paytm, Amazon Pay and Flipkart Pay.

According to research firm Bernstein’s report, the BNPL market in India is estimated at $15 Bn with the potential to hit $100 Bn by 2025.