Snapdeal’s losses grew to INR 274 Cr, while its revenue marginally grew by 1% 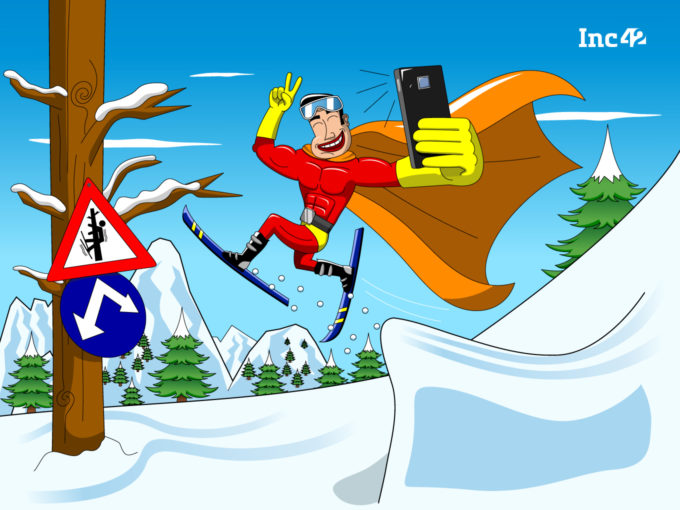 The race between the biggest ecommerce platforms in India is not just for the biggest bite of the market, but also to become the first past the post for profitability. For the past few years, the biggest efforts have been to scale down on cashburn tactics and look for efficiency in every aspect of the operations. The four horsemen of the Indian ecommerce sector — Flipkart, Amazon, Snapdeal and Paytm Mall — have collectively managed to cut down their losses by INR 1,125.74 Cr in FY20, but there are still big losses under that macro view.

Vijay Shekhar Sharma-led Paytm Mall, cut its losses by a whopping 60% in FY2020, thanks to streamlined operations and improving unit economics. Though it must be noted that Paytm Mall’s revenue is a fraction of Flipkart or Amazon, as we can see.

Editor’s note: Paytm Mall has not been included in visualisations since its official financial filings are not updated for FY20.

While some have managed to fight back against losses, three out of the four companies have managed — with the total growth being a mere 17% in FY2020.

Unlike Paytm Mall which also saw a fall in revenue, Snapdeal’s losses grew from INR 186 Cr in FY2019 to INR 274 Cr in FY20. It had a terrible year from a sustainability point of view, which is ominous for a company in the current market. While Snapdeal has said that it had invested heavily towards new acquisition strategies such as video and vernacular content, it remains to be seen whether the company can actually pull things back or whether the slide will continue.

Snapdeal is weighing down the overall revenue growth for the group of top four ecommerce companies with even lower revenue than FY19. And FY20 does not include the bloodbath that were the lockdown months in the ongoing fiscal year.

The company added that the drop in revenue follows a year that saw revenue increase by INR 390 Cr. “Due to a better product-market fit, the traffic to Snapdeal’s marketplace and the number of users has continued to climb. This has allowed Snapdeal to pursue growth while paring its operating losses to minimal levels,” the spokesperson added.

Flipkart had a great FY20 by all indicators save one. While it owns 73% of the revenue share in ecommerce among the top four companies, its share has dropped from last year’s 77% as Amazon has clawed back some of the lost ground.

Like Snapdeal, Paytm Mall’s revenue also fell — by a sharp 27% to INR 703 Cr in FY20 due to overall reduction in assortment and categories the company said, but its expenses also fell majorly. The company reported INR 479 Cr in losses in FY20, claiming a 67% reduction in losses from the previous year.

It projects growth overall in revenue in FY2021 due to an uptake through its hyperlocal initiatives, though how far that helps Paytm Mall remains to be seen. It is also on slightly shaky grounds from a sustainability perspective, but it has reduced its losses substantially in the last fiscal year. The revenue recovery will depend significantly on how hard the Covid-19 pandemic and lockdown hit the company.

Spending On The Rise In Loss-Making Ecommerce Giants

While on the whole, the ecommerce sector has noted an uptick during the lockdown months from their core base, they also saw an increased traction from Tier II and Tier III regions. This is bound to have had a positive revenue impact on their financials, but there was also severe impact and stress on these companies during these very months which would not have made cutting costs easy.

A Redseer report noted that goods worth $4.1 Bn (INR 29,000 Cr) were sold on ecommerce platforms during the week-long festive sale, representing a 55% increase from last year’s $2.7 Bn gross merchandise value (GMV). This was fuelled by pent-up demand from the consumer side as well as the reopening of many businesses during this time. It is important to note that both Amazon and Flipkart also had longer festive season sales this year in order to make up for the loss caused during the pandemic. How much it may have actually helped remains to be seen.

But 2020 was more than just about catering to the high demand. It was also about focussing on new categories, which always comes with higher expenses. Amazon, Flipkart, Snapdeal and Paytm Mall, which all entered the grocery delivery segment, would have had to ramp up spending in that regard.

Flipkart invested in acquiring companies through the year and laid down the groundwork for its IPO. Given the profitability situation, Flipkart is all but certain to go for a US IPO, which would also suit Walmart. Amazon added medicine delivery to its bucket and said it would invest heavily in SMB sellers in a year when it squared off with Reliance over Future Group.

The ecommerce segment is expected to record an additional sale of $2 Bn in 2020 amounting to $35.5 Bn, grocery segment is expected to grow from $1.7 Bn to $3 Bn in the year. The room for growth is undeniable but how efficiently these ecommerce companies manage to scale up and who has navigated the pandemic in the most capital-efficient manner will be the key in 2021 and beyond.

And in 2021, JioMart will be more than a contender in the ecommerce space. We would have to make room for a fifth ecommerce giant in the Indian market as Reliance plots its course. The incumbent players will definitely suffer some market share decline with JioMart in the picture. So while the drop in losses in FY20 is a good thing in one way, the road ahead is long and arduous for the ecommerce sector.

We have added Snapdeal’s response and clarification on business projections and growth.