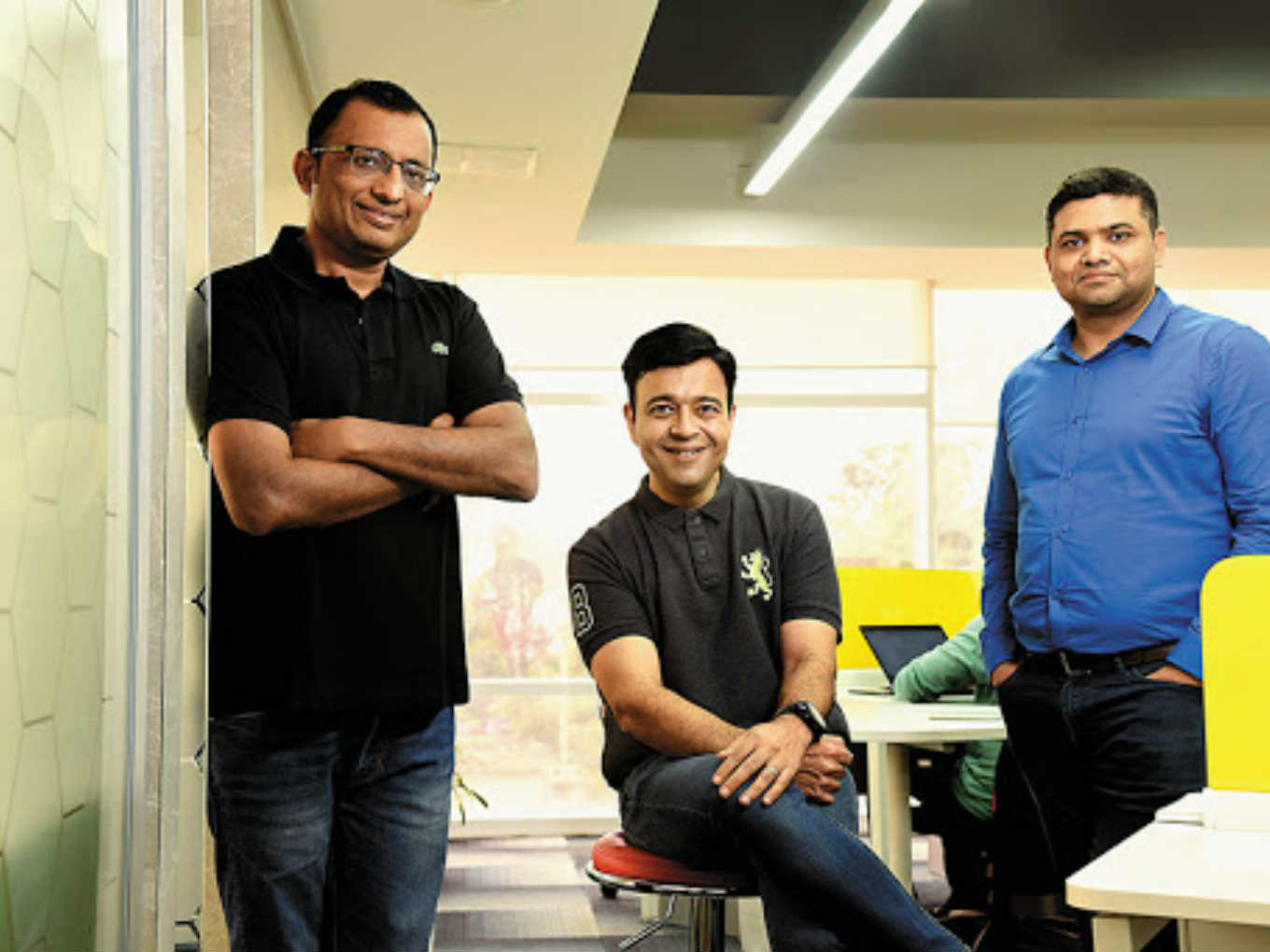 Till date, Dailyhunt has raised $122.3 Mn from Sequoia, Matrix, Bytedance and others

The company is said to have been in talks with Japanese conglomerate SoftBank to raise over $150 Mn. However, after the WeWork fiasco and questions about reckless investments, SoftBank is said to be apprehensive of backing new commitments. Sources told us that Dailyhunt is now looking to raise $125 Mn, with $100 Mn coming from SoftBank and $25 Mn from existing investors such as Sofina, Innoven Capital, and Sequoia Capital India. The deal is likely to be a Series G round, based on the company’s past rounds.

It is being speculated that the deal is taking place at a pre-money valuation of $650 Mn. The source added that the funding deal will be closed by the end of this fiscal, but the investors and amount may change based on SoftBank’s position and the pressure from shareholders.

Launched in 2009 by Umesh Kulkarni and Chandrashekhar Sohoni, NewsHunt began as an aggregator of news. It was acquired by job classified company, Ver Se Innovation, in 2012. Later in August 2015, NewsHunt rebranded itself as DailyHunt to offer news in vernacular languages.

But sources told Inc42 that the company is seeing flat progress, with the key metrics neither growing nor falling. However, analysing Dailyhunt’s performance on SimilarWeb, we noted that its traffic was at a six-month low in January 2020 reaching 38.4 Mn. Further, its traffic from India is shown to have declined by 77.97%.

The company didn’t respond to Inc42 queries on the matter.

Dailyhunt raised more than $122.3 Mn (INR 870 Cr) funding from Sequoia Capital India, Falcon Edge Capital, Matrix Partners, Omidyar Network, Bytedance, and Darby Overseas Investments. However, the company’s financial performance has been not been that great. While it hasn’t yet filed the FY19 financials, in FY18, Dailyhunt’s losses grew 28% reaching INR 159.4 Cr from INR 124 Cr in FY17. 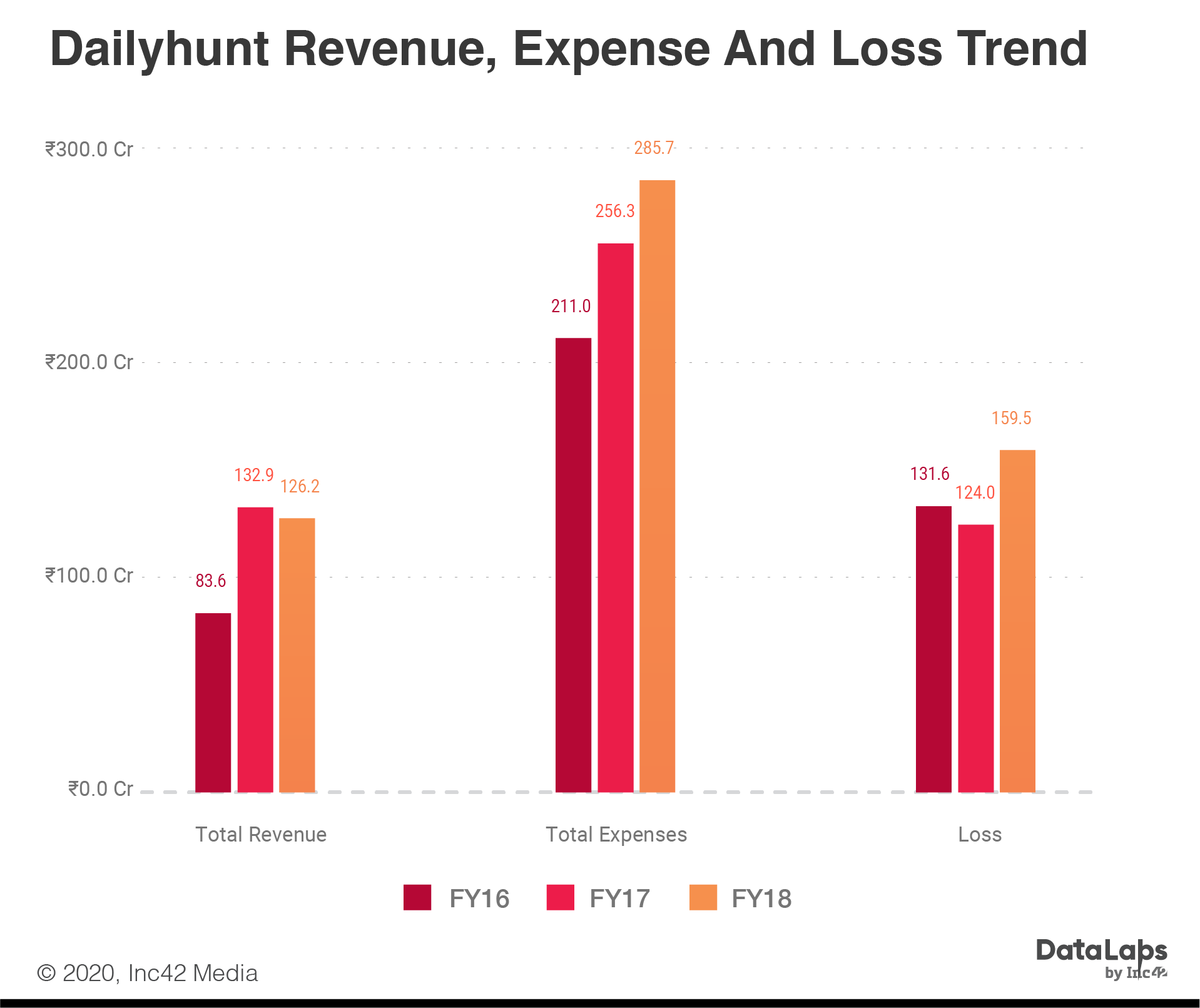 In the content space, Dailyhunt competes with the likes of Way2News, Editorji, Newsbytes, Google News, Flipboard, Inshorts and other news apps.

The apprehension on the part of SoftBank is being blamed on the WeWork fiasco, which has alarmed the SoftBank Vision Fund’s key investors. In August 2019, coworking space provider WeWork had filed draft papers to go public. It had been valued at $48 Bn in its last round of funding and wanted to go public at around $70 Bn – $80 Bn.

But after intense scrutiny of its prospectus, investors were sceptical of its corporate governance structure and the real estate business disguised as a technology-led startup. The company had to shelve the IPO plans and this torrid period was capped off by the exit of founder and CEO Adam Neumann. WeWork suffered a value erosion with its valuation reaching $8 Bn and SoftBank having to save the company with billions and restructuring the business.

Since then SoftBank chief Masayoshi Son has slowed down fresh investments and has been reportedly rethinking previous commitments as well. Pressure from SoftBank Vision Fund limited partners is also not helping matters. Even though the company didn’t stop supporting its existing portfolio, it has now pressured them into charting the path to profitability which has led to worldwide restructuring and layoffs in its portfolio companies.